recent photos of a male in my stock. 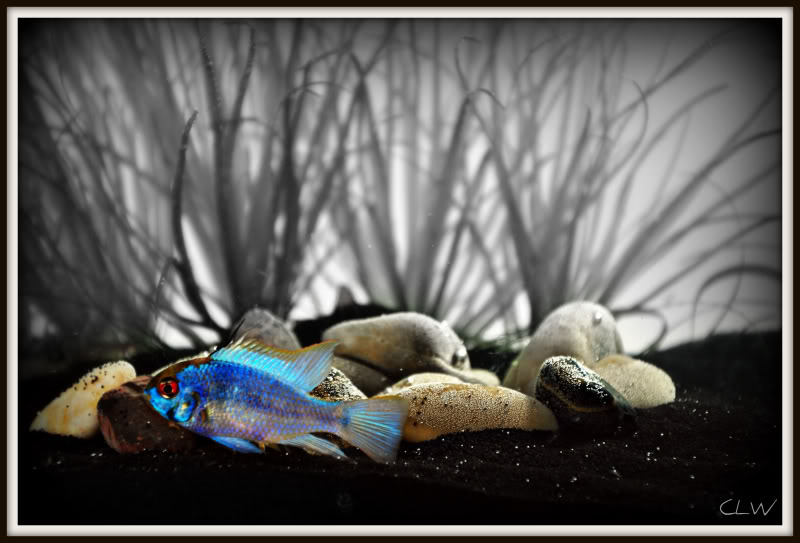 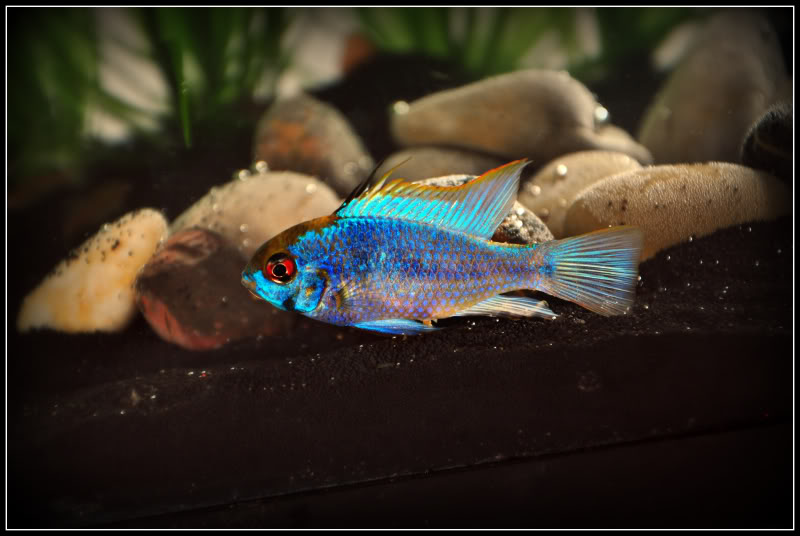 Pics of my Bolivian Ram

Here are some pictures of my young Bolivian Ram. I think it is a male, but I'm not 100% sure.

Hey this is my first two GBR's settled done well and enjoying thier tank!!!

Here's my new GBR enjoying my new 20L. I think I've got a female.

Here are some amatuerish shots of my electric blue. Ive not been able to sex them yet, but have a feeling ive got 2 females!

littletankbigworld said:
is that a GBR or bolivian?
Click to expand...

Looks to me like a German, due to the red eye color.

Some shots of my bolivians below. Forgive the quality, my only camera is my droid phone.

Notice the juvenile Jack Dempsey hanging out with them thinking he is a BR!? lol They get along quite well. He follows them around like a little puppy dog.. "hey guys wait for meeeeeee". Too bad he is going to get to big for me to keep. He's got a new home lined up already.

These are my 2 bolivian rams - Buttface (L) and Baby Buttface (R) (Named on account of attacking my angelfish). I think they're female/male respectively but if anyone could confirm (or counter) that I would be grateful. It took forever to get a decent photo of them both together as they rarely stay still more than a couple of seconds! Unfortunately the site won't allow me to upload the full size hi-res photo so I've cropped the areas showing their vents to show them in more detail. A little background info follows...

I adopted Buttface as an adult fish, no idea how old. Baby was purchased as a juvenile (hence the name). I suspected Buttface was male, mainly because of the extended front rays on the dorsal fin and 'his' aggressive nature (constantly harrassing Angel). In June I decided to get him a mate All the Bolivians at the fish store were juveniles so it was a bit hit & miss trying to pick a female - After a little discussion the store assistant & I agreed that Baby was the most likely female.

The plan worked. Buttface rarely hassles Angel now. Up until about a week ago the rams spent a lot of time 'facing-off' & lip-locking, especially at feeding times - They'd often miss out on the live food because while they fought over it the other fish would polish it off! They established seperate dens in opposite corners of the tank & whenever Buttface came out of 'his' corner Baby would stare briefly before charging accross the tank at 'her' larger tankmate.

About a month ago Baby's frontal dorsal rays became more pronounced as did the trailing edges on the dorsal & tail fins. By now I'm beginning to think that I sexed them both wrongly initially.

Suddenly within the last week they're like best buddies swimming around peacefully together and sharing the den which fortunately is the one in the nearside corner enabling better observation. They're very protective of this den regularly cleaning it & seeing off any fish that comes near it, even having a go at a 12" pleco.

It seems quite unlikely that 2 males would be so chummy but I know there are exceptions to every rule so any confirmation of my current belief the Buttface (Left) is female & Baby buttface (Right) is male would be greatly appreciated... Thanks.

My 2 bolivian rams. Think both are male but top is wilma and bottom is fred

My 2 bolivian rams. Fred and wilma. Wilma is the paler one

My 2 Gold Ram lovelies. First pic is the male. Second and third are my female (she has a red strip on her side).

tenshichan82 said:
Here are the 2 bolivian rams I purchased 4 days ago. Can anyone weigh in on which one is male and which is female? I have got conflicting answers on this forum and would like some more opinions. Thanks
Click to expand...