Hey!
Is anyone else here Wings of Fire fans? I was thinkng we could all talk about our favorite characters and any ocs or fantribes we have

Liked it? Do you not read it anymore?

Great thread wanted to make one but haven’t yet. My OC is my profile pic. He can illuminate his scales as he is half lightwing (fantribe will post some more lore later) and sand wing he can heat up his scales and some other stuff.

Oh, you have fantribes! I have five (A whole continents worth) and realized that their story is a little (A lot) like the plot for the lost continent arc.

The LightWings came to Pyrrhia around four thousand years after the scorching they came from a continent called Pylara Their original continent was very small only about the size of the Ice Kingdom. They left their original continent because it had a series of massive earthquakes that caused tsunamis between the two the natural disasters where enough to smash the continent into rubble and flood, sink, or destroy everything on the continent. The other tribes of Pylara did not survive the disasters and no recorded knowledge of them has ever been found. They have been warring on and off since they arrived at Pyrrhia. At first they were at war with the NightWings because they are almost exact opposites. Both tribes shortly signed a peace treaty but have still hated each other for the last thousand years. After around a century of wandering looking for a place to make their kingdom They finally settled in the Claws of the Clouds Mountains. The LightWings have been at war on and off with the SkyWings for the last nine hundred years fighting over the mountains. The Mountain Wars has been considered by some who think of it as one war, the longest recorded war in dragon history but most dragons consider it multiple shorter wars. The SkyWings almost wiped out the LightWings when they figured out that water makes them weak and slow or potentially kill them and that they can’t see in the dark without large amounts of illumination.The Skywing Queen ordered an assault on the LightWings only 3 days after they got the information and armed with large amounts of water and dumped it on the entire palace and killed managed to kill almost half the LightWing. The LightWings are allied with the SandWings and Queen Thorn, and the SeaWings with Queen Coral Presently they aren't in a war and haven't since Queen Ruby became queen for real. The LightWings and SkyWings have a truce. They have excellent trade with all the tribes except the SkyWings. They are a very wealthy tribe. Most dragons suspect that there is a gem and gold mine inside the mountain that their palace is on which would be difficult for them to run considering they can’t see in the dark. Their current Queen is Queen Blinding who can superheat her scale for the longest amount of time and has been able to glow the brightest in LightWings. They value beauty, power, and knowledge. The LightWings are a very educated tribe and the tribe has great architects They have a festival on the summer solstice. It's a huge party with everyone in the tribe i


They however cant stand hybrids and will kill any…

ta daa more than you ever cared to know

Wow, that is really well written! Here are my fantribes... With linearts!
They're all gonna be sideways unfortunately...
DustWings 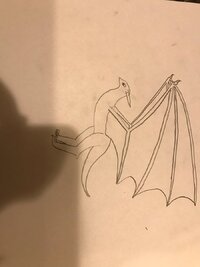 Appearance: Used to come in all shades of pastel and dull colors, large wings, and short tails. Very elegant dragons.
Abilities: Believed to be the fastest dragons in Hanolia (Their continent) and thought to be the fastest dragon tribe of all. They can shoot explosive Fireballs, and are very agile.
Names: Named after rocks and gemstones
Queen: it is unknown if any of the princesses survived the DustWing Massacre, but if they did, it would be either Queen Rhinestone or Queen Sapphire 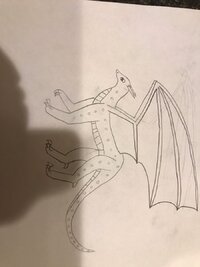 Appearance: the only true dragon tribe on Hanolia. They come in shades of grey and purple, and also white. They have bioluminescent scales along their body, which they use to communicate, like SeaWings.
Abilities: They can shoot lightning from their mouths, light up their scales to blind adversaries.
Names: named after storms and other stuff
Queen: Queen Ash 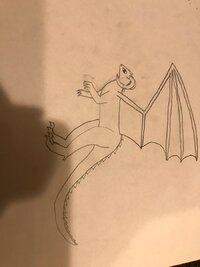 Appearance: scales in shades of green, sometimes other colors. Magnificent curling horns which are believed to be used for fighting.
Abilities: Powerful fighters, can use their strong tails to whack other dragons. No natural abilities
Names: Different Plants, among other things
Queen: Queen Hunter 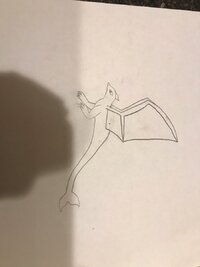 Appearance: Shades of light blue, green and purple. They have no back legs, and cannot move very well on land. Their wings are mainly for swimming, though they can fly.
Abilities: Very fast swimmers, believed to be the best dragons at maneuvering through the water.
Names: Ocean-ish names
Queen: Queen Dolphin 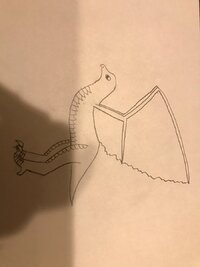 Appearance: Shades of brown, grey and black. Their wings have an almost feathery looks to them, which gives them their name.
Abilities: Very capable fighters, able to breathe fire. Very quick and agile.
Names: birds of prey, among other things
Queen: Queen Eagle.

Very unique dragons. What was the dust wing massacre

Hanolia had always been peaceful, with its four tribes peacefully coexisting. Then, fifty years from the present, a new tribe of dragons landed on Hanolia. They were the HawkWings, and the Hanolian dragons welcomed them peacefully. For almost twenty years there was peace, until the current queen of the HawkWings, Queen Eagle, took the throne. She immediately started a war with the StormWings and DustWings. Both tribes were able to hold off the HawkWings, which is when Eagle learned about the DustWing's inability to see in the dark. She then took her army deep into DustWing territory, under the cover of night, and destroyed all of the dragons living there. It is rumored that less than ten Dustwings survived, and no one knows if any of them are still alive
Hmm, it's kinda similar to the LightWings story... That was definitely not intentional.

There is no in between. Live breathe sleep eat drink and die WoF or do not bother. Jk they are great books though. That’s undeniable. (Some exceptions of course) I hate reading book 13 reviews to makes me want to punch someone or cry.

What would a good WoF themed pea puffer name be?

THAT would have been a good Turtle, lol
Otherwise, Fathom?

Yeah turtle would be good. On an unrelated note turtle the betta ate food out of my hand yesterday and will try again today

Ha, that's so cool! Blue, Winter, and Sky (My gouramis) are not brave enough to do that yet. Though I did have Blue nip me yesterday...

I have come to show the pride and joy of my Wings of Fire collection: My signed copy of The Dangerous Gift 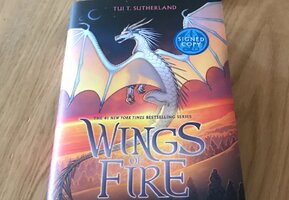 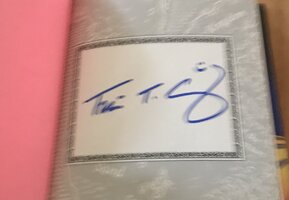 Did you go to the zoom interview when it was released? I did.

I did not, I wasn't a fan of it back then (Well I was but not that big of one)

Man I want it was awesome. I saw my best friends spname in the chat for a split second. There was a lot of people in the chat

Wow, that sounds great Maybe I could check it out if they did another one for the new book. Two months to go!

Cant wait… do you think any main characters will die? Can you imagine willow if sundew died or vice versa? I might throw the book out the window. Almost did that with a different book once. Have you ever heard of the stupid wings of fire wiki? Where complete idiocy and WoF becomes one

I don't know if any main characters will die... But Idk, things could surprise us.
I'm not on any wikis, so idk about the WoF one. I'm sure it's not all idiocy, and it's some people's opinions.

No its not the main one. It is basically meant for memes and other nonsensica hilarity. Just don’t let non WoF fans see you on it. You will forever be know as a crazy person.

main character deaths are unlikely. Tui hasn’t before I doubt she will now. If it was warriors though…

Qibli would never die. Or if so I might tell someone who knows tui to smack her next time she sees her. Yeah if it was warriors… dang. Did you read dawn of the clans?

Ya, no, I see Qibli living a long life, alongside Moon, and the rest of the arc 2 protagonists. Wonder what's going to happen to Winter?

Qibli will break up with moon and date winter. Duh, I mean he can’t date lynx.

Idk, book ten made it VERY clear where Qibli's interests lie.
Personally I think Sky and Snowfall are cute together, but that's just my opinion.

sky is to… sky I think. Maybe as a pet for snowfall. Lol you might be right. Maaaaybe moon will do something stupid. Bad stupid like say he hates him annnd. *sigh* Im to hopeful.

Ya, I'm pretty sure that's not gonna happen. Especially not in a Luna pov.
Oh, her having to fight Blue and Swordtail would be pretty interesting.

ForBettaorForWorse Book 15 came out 5 days ago. Anyone else read it? New characters interesting things, very interesting. I have it and am about halfway through. Learn quite a bit more about Luna. (Duh its her POV)

Ya, I saw that. My friend pre-ordered it, and so she's going to tell me if its worth reading. I've heard some weird stuff about it, so idk.

Huh? I am guessing I know what you are talking about. Just say if it is not forum appropriate? (Sensitive topic)

Ya, more or less.
I trust my friends judgement, even though I do want to read it.. no library around here though.

If it Is what I am thinking of I just thought “oh cool thats new” and kept reading lol. Up to you. Trust your gut.

So, I bit the bullet and bought the book... And I honestly didn't really like it. Luna didn't really do anything except watch... And the ending was kinda anticlimactic....
Overall, I think the third arc was kinda strange... It was like, for the first three books we had something interesting going on, book fourteen was kinda just filler imo, and fifteen was just... I feel like humans were shoehorned into the plot.
You must log in or register to reply here.

Is Driftwood Needed For A Bristlenose Pleco?