The use of a refugium setup is gaining in popularity among saltwater hobbyists, especially the reef tank keepers out there. First, we should try to define what a refugium is and how it can help us with our saltwater aquarium. A refugium is simply a place of refuge for various animals, plants and other organisms such as amphipods and copepods that we want to encourage the growth of for the benefit of the main tank. There are many different uses of refugiums and this one is quite small. The benefit of running this refugium on a 55 gallon aquarium is probably slight but we wanted to set one up to see for ourselves. 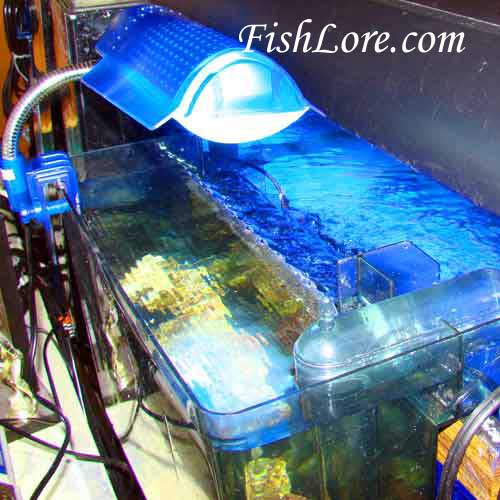 There are many posts on forums all over the net about the "hang on" refugium made out of an aquaclear power filter. These aquaclear power filters are nice because the pump assembly is on the left side of the unit and there is a relatively large amount of open space that could be conducive to using it for our purposes. Obviously, this power filter refugium isn't going to be as good as a larger sized aquarium as a refugium. But maybe it will do well for those that are "Financially Challenged" or as a "Poor Hobbyist's Refugium".

We wanted to set this one up to use macro algae with the hopes of improving water quality and as a food source for a Yellow Tang. In years past the popular macro algae that was used in refugiums was caulerpa. It's falling out of favor because it can reproduce, causing some serious issues with water quality. Chaetomorpha is probably the most favored right now for use in refugiums because it does much of what caulerpa can do with less side effects. There are many different species of macro algae that you can use in your refugium, Chaeto is a great choice though. We set ours up with both Chaeto and Gracilaria. Not the brightest idea on our part to add both to this small hang on refugium. Chaeto grows really fast and the gracilaria is absolutely devoured by tangs. Gracilaria is one of the foods you could try if you have a finicky tang that is refusing all other foods. They will rip through this macro algae fast! Many tangs will eat chaeto too, but they won't go after they chaeto like they do the gracilaria.

While thinking about the setup of this refugium we wondered about a few things. Would there be adequate water flow? Would the macro algae (gracilaria in this case) slip out of the top of the power filter if the flow was too fast? What could we do to lower the flow rate if necessary?

Turns out, the flow was just about right in our opinion. Maybe it could be a tad bit faster. To prevent the gracilaria from slipping into the tank, we created "shark teeth" (see photos below) out of some old plastic extenders from an old glass top that we never used and then used aquarium glue to affix it to the inside lip of the power filter. It works fairly well, although some gracilaria slips through sometimes to the delight of the Tang. If we just had chaeto in the fuge it would probably be fine without the shark teeth since it stays wound together pretty well.

For lighting we bought a galaxy desk light that has a screw on clip that attaches nicely to the back of the refugium. It came with a 13 watt power compact light and it works well. The gracilaria seems to be growing well and starting to crowd the chaeto. In the next few days I will be moving the gracilaria to a separate 10 gallon tank and leave the chaeto in the refugium.

We also added a few small pieces of live rock in the bottom of the aquaclear hoping that maybe some other organisms may start growing on the rock in the fuge. We did not add any sand to the refugium, since that would have involved further retrofitting of the aquaclear to prevent blowing the sand back into the tank. The flow starts from the bottom and goes to the top in this power filter. Adding sand would have been a nice enhancement but we were more interested in what the macro algae would do.

It's been just a couple of weeks at the time of writing this article and besides the growth of the gracilaria, I don't really notice any difference in diatom growth or other algae growth inside the tank. Nor do I see any differences in water test results of nitrates, phosphates, calcium, alkalinity, etc. The chaeto seems to be the same size and maybe it's getting out competed by the gracilaria? We'll find out if the chaetomorpha grows faster when we remove the gracilaria from the refugium. Truthfully, it really is too soon to tell if this refugium is really going to be worth it. I'll post an update in a few weeks on this page. 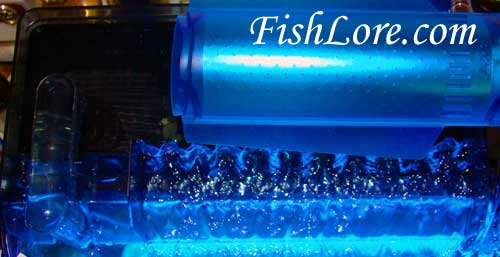 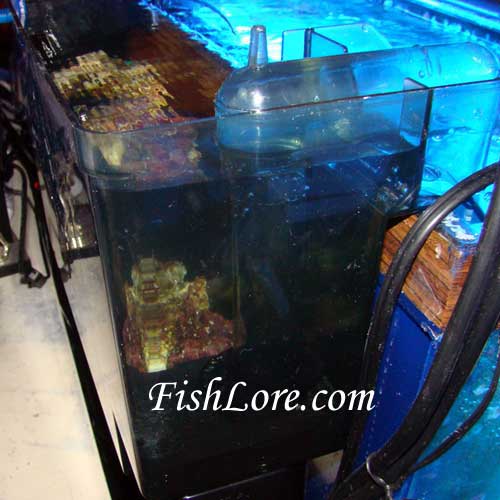 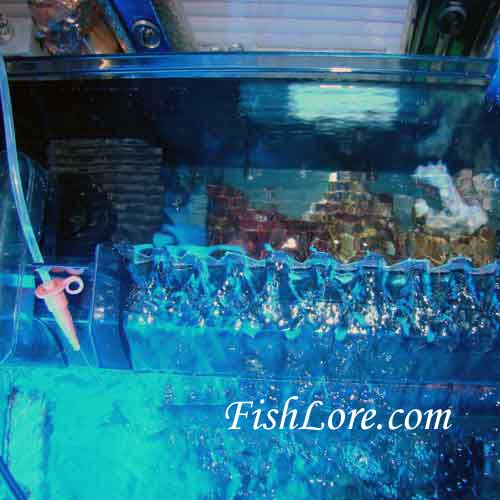 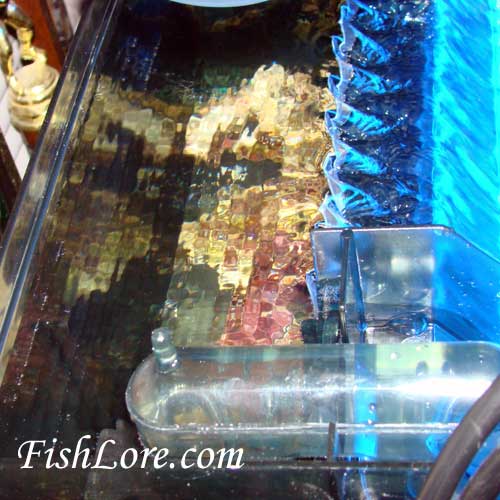