The French Angelfish is one of the marine angelfish that changes colors as it ages. When they are young they will be black with five vertical yellow bars. When French Angelfish mature they will lose those vertical stripes. As juveniles in the wild they perform a cleaner role, but stop doing this after they grow past 4 inches (10 cm) or so. 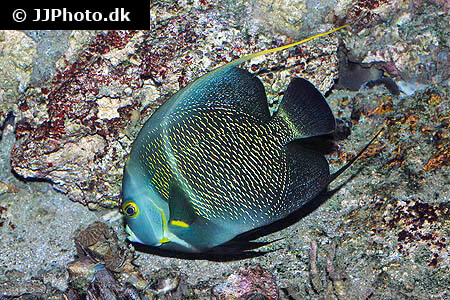 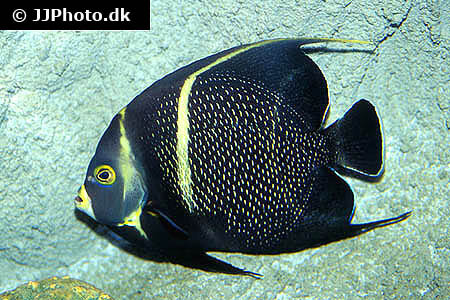 A fairly hardy fish, the French Angelfish can live for a very long time if given proper care. They will eat most aquarium food including smaller fish and invertebrates. It is important to provide them primarily with marine algae. A large tank with lots of live rock, algae and sponges makes it easier to care for this species. 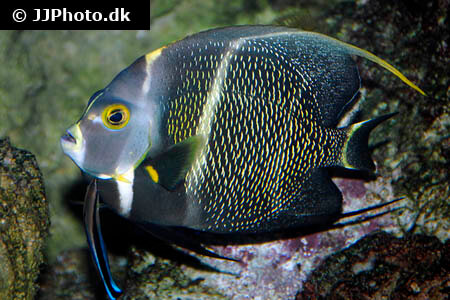 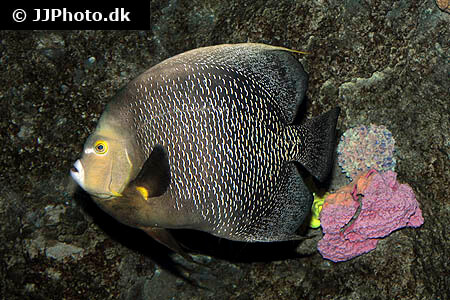 Temperament can be an issue with this angelfish. They are considered semi-aggressive and may quickly become the dominant fish in your tank. Given their potential adult size of 15 inches (38 cm) and their intolerance of their own kind, you should plan on keeping only one of them in your aquarium.

The French Angel has been noted to be fairly disease resistent but you still need to take proper pre-cautions and use a quarantine tank before introducing them into your main tank. 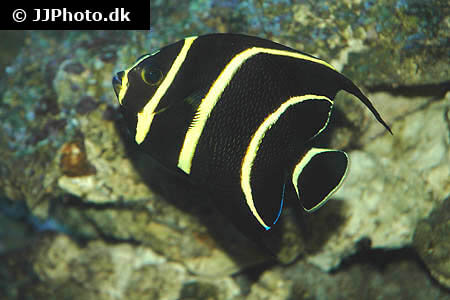 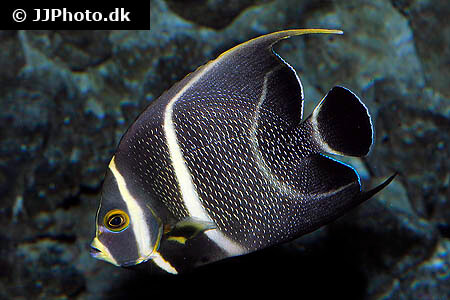 Temperament / Behavior : They can be aggressive with others and will quickly become the dominant fish in the tank.

Breeding : This angelfish has been bred in captivity.

Tank Mates : Use caution when selecting tank mates. You want to avoid anything small enough for them to eat, which would include smaller fish and crustaceans. These fish are not considered reef tank safe.

Diet / Foods : An omnivore, try to give them a variety of marine foods but predominantly marine algae. Having plenty of live rock for them to graze on goes a long way. They should accept vitamin enriched flake foods, frozen and definitely live foods.