The Emperor Angelfish is also known in some parts of the world as the Imperator or Imperial Angelfish and is one of the more expensive marine fish to purchase. Because of the price of these angelfish and because they are not necessarily as hardy as some of the other marine angels you will need a completely cycled tank before you even think of introducing one.

They can get quite large, 15 inches (38 cm), and need to be kept in at least a 100 gallon (568 liters) aquarium. A very large tank with plenty of live rock that can provide hiding places is a good setup for them. 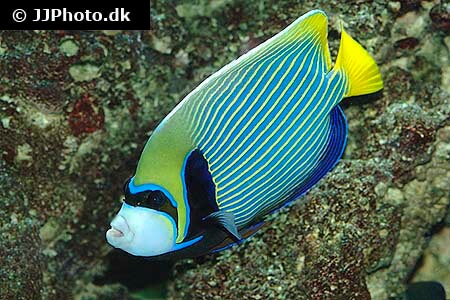 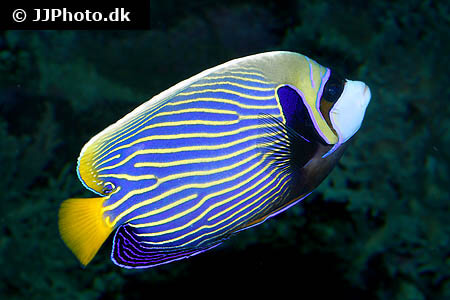 This Emperor Angelfish is a fish where the juveniles look very different from the adults. It should also be noted that many hobbyists complain that the colors of their Emperors not being very brilliant. This is most likely due to a nutritional issue. In the wild they frequently eat sponges and a steady diet of sponges can be difficult to reproduce in the home aquarium. Though expensive, there are now frozen cube packs made specifically for saltwater angelfish! Providing a varied diet consisiting of vitamin enriched and color enhancing fish food may help with the coloration issues. 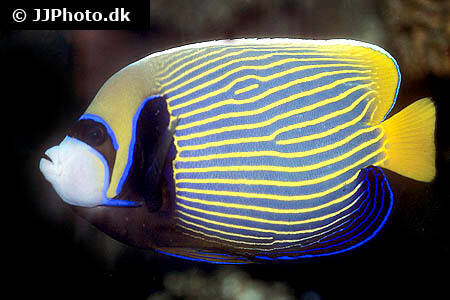 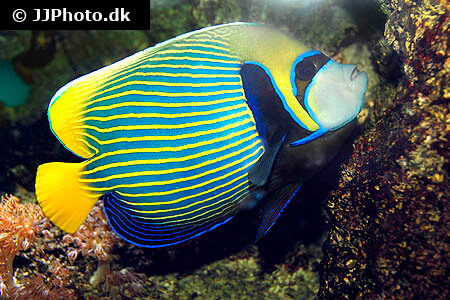 Use caution if you plan to have one of these angelfish in your reef aquarium. They are known to nip at some soft and stony coral. You will also need to use caution when selecting tank mates because this fish can be very territorial and because it may grow to be very large.

On the disease front, they are prone to some of the more common parasites and should definitely be kept in a quarantine tank for a few weeks before introducing them into your main tank. 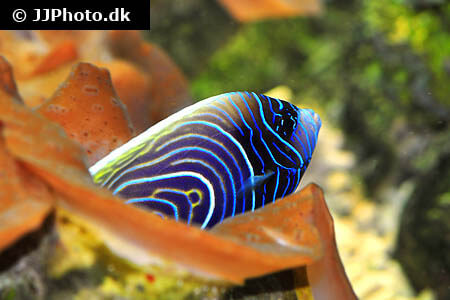 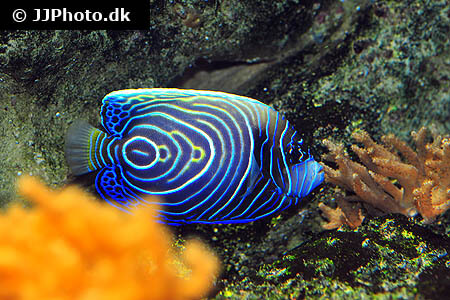 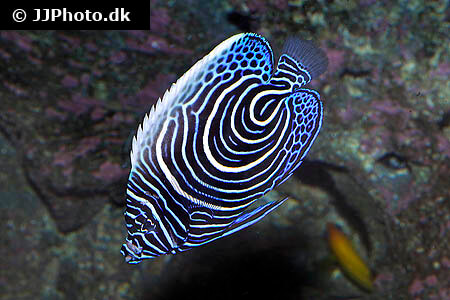 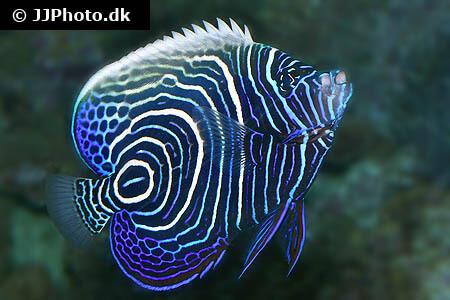 Temperament / Behavior : They can be aggressive with others and may quickly become the dominant fish in the tank. It is interesting to note that their juvenile color patterns provide protection from territorial conspecifics.

Tank Mates : Use caution when selecting tank mates. You want to avoid anything small enough for them to eat, which would include smaller fish and crustaceans. These fish are not necessarily reef tank safe.

Diet / Foods : An omnivore, try to give them a variety of marine foods but predominantly marine algae, spirulina. In the wild, they frequently eat sponges. Having plenty of live rock for them to graze on goes a long way. They should accept vitamin enriched flake foods, frozen and definitely live foods.