The Panther Grouper is one of those species that look really cool with their white bodies sporting black polka dots, but don't get sucked in! The Panther Grouper gets way too big for 99 percent of home aquariums. When you see them in the store's tank, just keep walking dude. 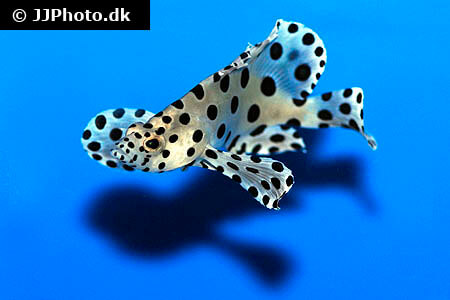 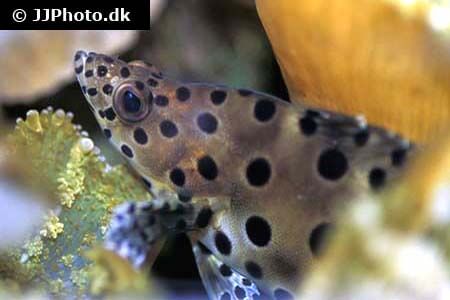 The Panther Grouper can get to be about 27 inches (70 cm) when fully grown and they eat like it's going out of style. To adequately keep them you should be thinking about a 300 plus gallon aquarium (1135 liters). The juvenile groupers around 3 or 4 inches are collected on the reef and sold to stores but they can quickly outgrow most tanks. The larger groupers are a food fish and sold in Asian markets.

They will eat most meaty type fish foods such as silversides, crustaceans, squid, etc. This grouper is considered hardy but may be quite shy when first introduced to the tank. So lots of cover (live rock) will be needed to help make them feel secure. As they grow they will become bolder but for the most part will leave other similarly sized fish alone, including other Panther Groupers. Smaller fish may be on their menu though.

If you have anything less then 300 gallons then please don't even consider a large species like this one. These are best left for the serious home hobbyist with a large aquarium, public aquariums or even better, left on the reef. 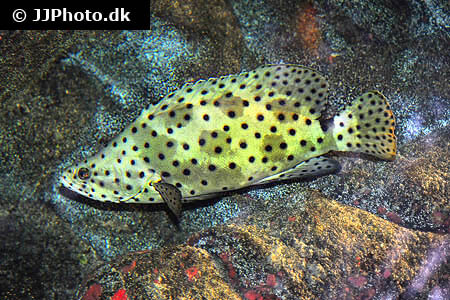 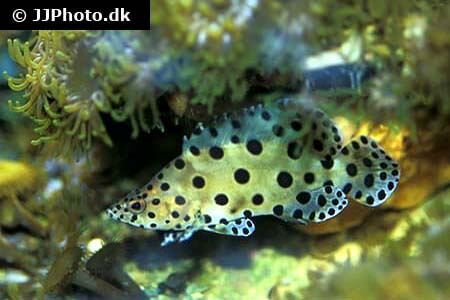 Temperament / Behavior : The Panther Grouper is a big fish and will eat smaller fish and crustaceans. You can keep them in multiples provided that you have a tank in the several hundreds/thousands of gallons range.

Breeding : Fishbase reports a spawning event in 1979 but the eggs died. Not sure of any further attempts to breed them in aquariums. These groupers are open water, substratum egg scatterers.

Tank Mates : This grouper needs to be in a tank with similar sized fish and kept in the largest of aquariums.

Reef Tank Compatible? : Will eat crustaceans and smaller fish but should leave the corals alone. But given that many keep invertebrates in their reef tanks it would not be considered reef tank safe.

Tank Region : Likes to swim in the middle to upper sections of the tank but will patrol all over the aquarium.