The Koran Angelfish (Pomacanthus semicirculatus) is also sometimes called the Semicircle Angelfish (from the scientific name) and is one of the better suited marine angelfish for hobbyists because it adapts well to aquarium life. They are often kept in community type FOWLR setups but can become territorial as they mature. 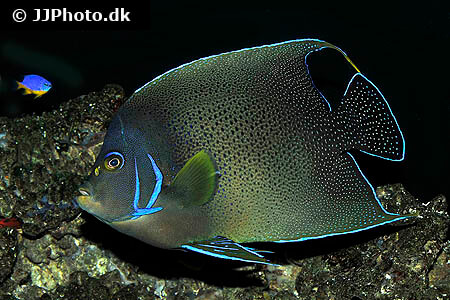 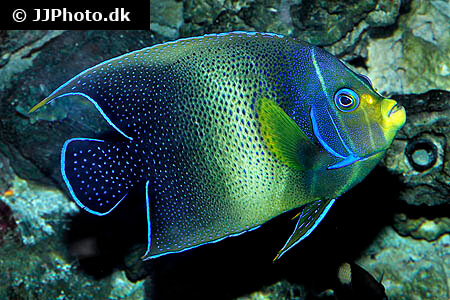 They will eat most foods given but need a staple diet heavy in algae based foods, also known as nori. Live rock can provide feeding opportunities in between meals. Mysis shrimp, brine shrimp, clams on the half shell, etc. will be accepted as well. Feed them several times a day for best results. 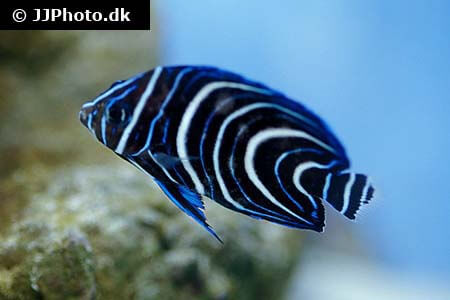 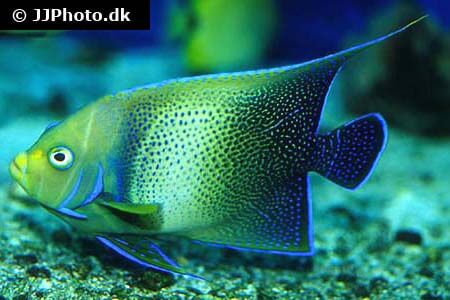 The Koran Angelfish is being sold for around $40 to $100 depending on size. It is also interesting to note that juvenile colors are very different from the adults. 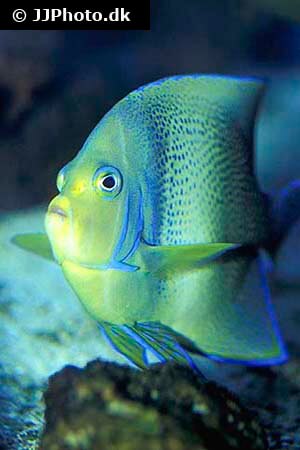 Origin / Habitat : Indo-Pacific at depths of 1 to 30 meters, found in singles or sometimes pairs near heavy coral cover.

Temperament / Behavior : Being one of the largest of their genus, introduce them last to the tank. They will adapt well and claim the tank as their own.

Breeding : This angelfish was successfully spawned in captivity in 2006.

Tank Mates : It will fight with other angelfish.

Gender : No external differences between males and females. 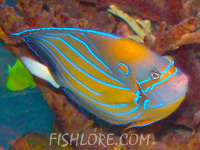 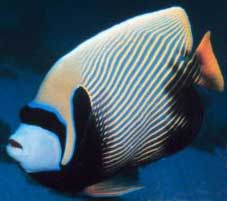 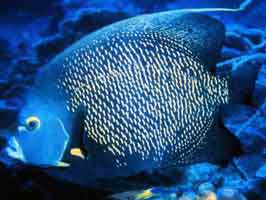