The Iridescent Shark is also known as the Pangasius Catfish, the Sutchi Catfish and the Striped Catfish. There is also an albino iridescent shark. As you may have guessed from some of the other common names, this really isn't a shark, it's a catfish.

They originate from Asia and this is one of the species that is completely unsuitable for most hobbyists in our opinion. This fish can grow to be almost 4 feet in length (120 cm) and sometimes larger in the wild! They are very active swimmers as well. Who out there has the tank big enough to adequately keep this monster? 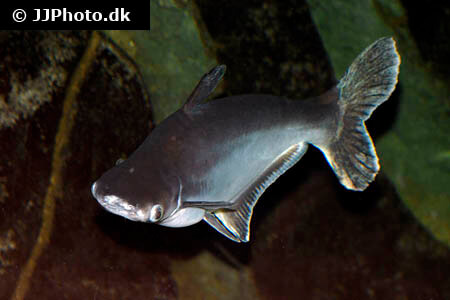 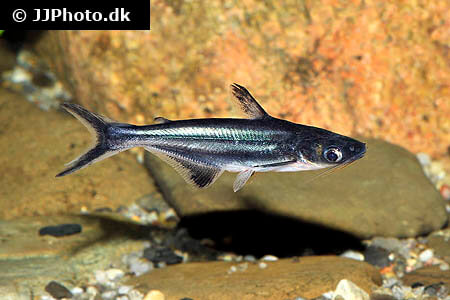 The Iridescent Shark is quite skittish and can be easily frightened by sudden movements in front of the tank. Their nervous behaviors can lead to damage of themselves and for their tank mates. Keeping them in a school of 5 or more may help calm them down. Floating aquarium plants may help make them feel secure too. They have been known to jump from tanks, so a good tight fitting hood is a necessity for this fish. 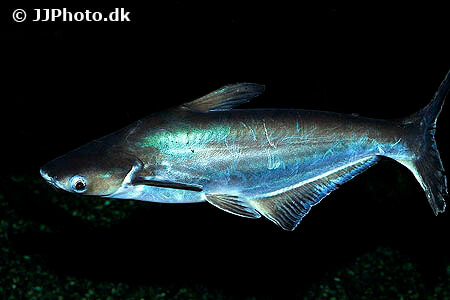 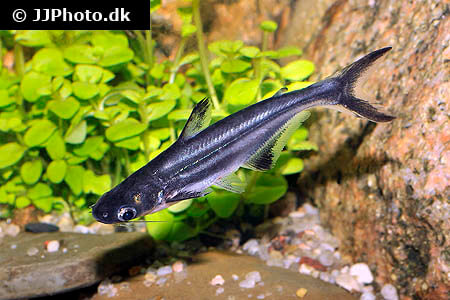 They are omnivorous and should go after all fish food that you place in the aquarium. Some feel that the irridescent shark should be given more carnivorous type rations as juveniles and to mix more greens into their diet as the get bigger. Aim for a varied diet of flake foods, frozen foods, algae wafers and catfish pellets.

Seriously, this is a tank buster. They are very active swimmers, may eat smaller fish and will outgrow most tanks. If you've already purchased this fish and it is in a smaller tank, please consider returning it to the petstore and getting something smaller. 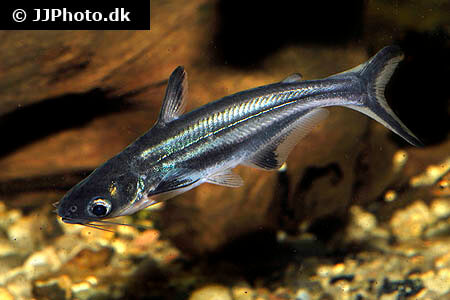 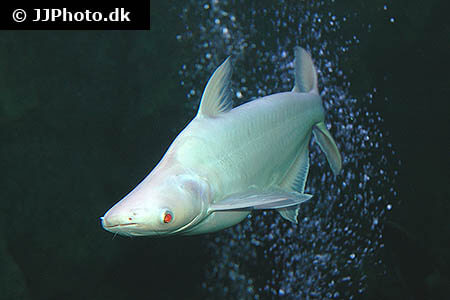 Origin / Habitat : Asia, Thailand. This is a farm raised species in Vietnam used as a food source. They use the waste water from the ponds to grow rice and vegetables.

Temperament / Behavior : Can be quite skittish, nervous and may not bother tank mates as juveniles. May eat smaller fish as it starts to reach adult size.

Breeding : Not common in the home aquairum. Breeding has taken place at aquaculture farms and ponds.

Food : Omnivorous, meaning that the Iridescent Shark should go after whatever you place in the tank. Give them a well balanced healthy diet consisting of both meaty and green foods. When they are smaller you should feed them flakes and occasionally Algae Wafers that sink to the bottom of the tank. Catfish pellets can be fed as they start to grow into adults.

Tank Region : All over, mostly middle of the tank though.

Gender : Females are larger or more full bodied than males. 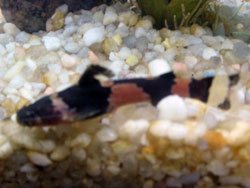