The Emperor Tetra (Nematobrycon palmeri) does really well when kept in heavily planted aquariums. They may even breed on a regular basis if you have a small group of them. It's recommended to keep them in groups of 5 or more specimens. They are tetras so fin nipping may happen in the community aquarium. Keeping them in a small school should help focus their attentions on each other. 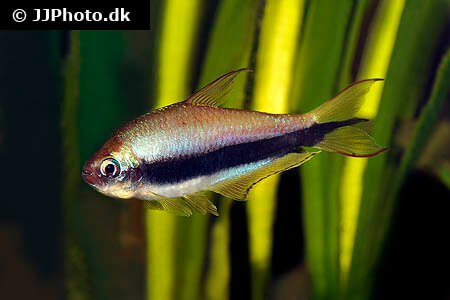 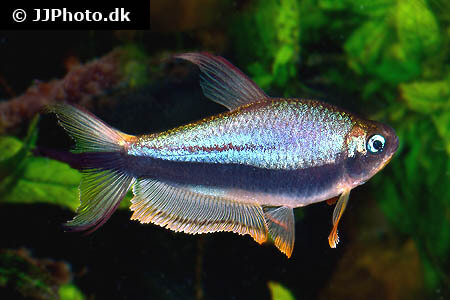 The Emperor Tetra gets to be about 1.5 inches (4.2 cm) and will adapt to a relatively wide range of water conditions regarding pH and dKH. They are tropical so a temp in the mid 70's F is recommended.

In addition to the regular two tone color on the body there is also an all black color morph. See the image below. 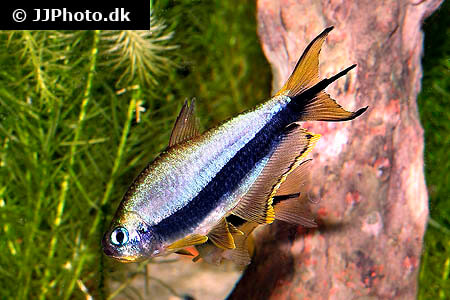 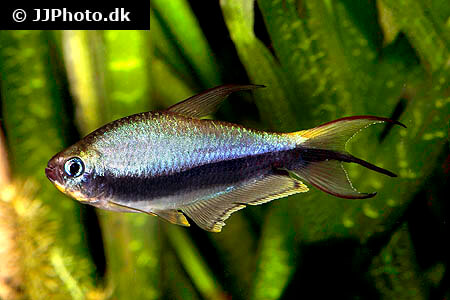 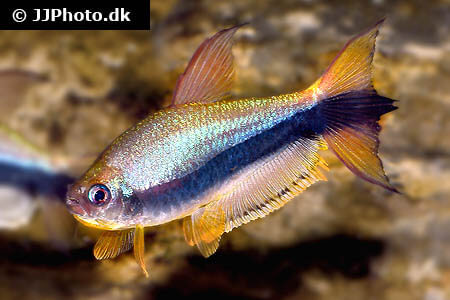 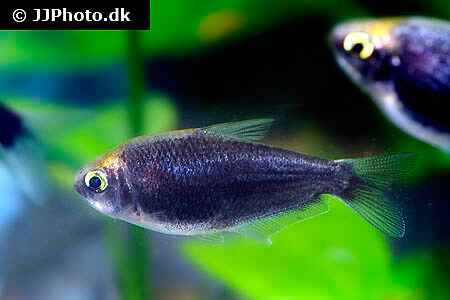 Temperament / Behavior : Similar to other tetra species, they will do well with groups of 5 or more of them. One of the few that will be fine if kept in lower numbered groups though.

Breeding : Substratum egg scatters. Reported to spawn more frequently in heavily planted aquariums on the slightly acidic side. Remove the eggs so the parents don't eat them.

Tank Mates : Like other tetras they can be fin nippers. Keep them in schools to limit the aggression with other species.

Diet / Foods : Feeds on worms and crustaceans in the wild (re: fishbase). A high quality micro pellet food like New Life Spectrum can be their primary diet. bloodworms, blackworms and similar live/thawed foods will be good to supplement their diet.

Tank Region : Middle to bottom, can be quite active

Gender : Some think you can tell by their eye color with males having blue eyes and females having green eyes. 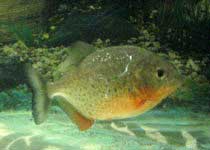 Pygocentrus nattereri
Piranha
Check with your local laws before getting a Piranha. Some municipalities have banned the sale of the Piranha.

Pristella maxillaris
Pristella Tetra
Can be considered a good tetra for the freshwater fish beginner due to its hardy and peaceful nature. 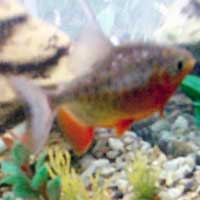 Piaractus brachypomum
Red Belly Pacu
The Pacu gets way too big for most home aquariums and is then sometimes released into local waterways. Ugh. Do not release fish into your local water ways!