They can usually be bought locally or online anywhere from $80 to $200 dollars depending on the size of the trigger. 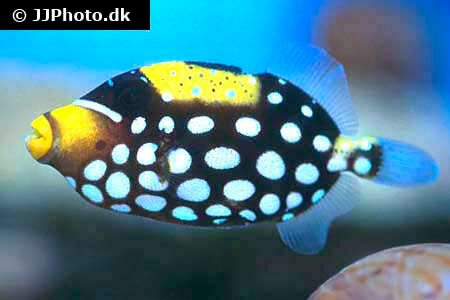 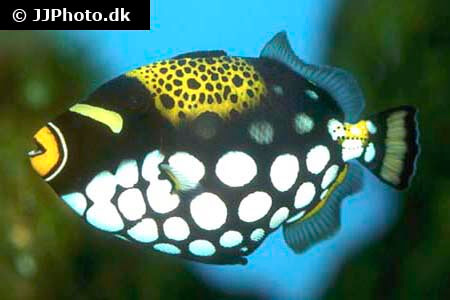 The Clown Triggerfish can be very territorial and it's gets worse the older and bigger they get. They are pretty much not afraid of anything it seems once they reach around 5 or 6 inches in size. When they are smaller they may be a bit more reclusive and will appreciate having hiding spots and places in the live rock to lock into at night with their dorsal fin.

If you do plan on keeping them with moderately aggressive species (like saltwater tangs) introduce the trigger last and get it on the small side (2 inches or so) and let it grow up with the other fish. Give them a big tank at least 120 gallons in size and plan on getting them into something much bigger as they grow up.

The Clown Triggerfish is a really good eater for the most part. They will accept most every fish food that you put into the tank but you need to give them a varied diet of vitamin enriched, fresh, meaty, marine origin type foods. Clams on the half shell will likely be devoured before they even reach the bottom of tank. Krill, small pieces of silver sides, feeder shrimps, etc. It can be fun to watch them eat but it's not much fun to watch them chow down on your $5 hermit crabs! Don't keep them with ornamental crabs and shrimp unless you don't mind them becoming lunch for your trigger.

Disease wise they are considered quite hardy but do a slow drip acclimation over an hour or so upon introduction and give them a good diet of the proper foods. 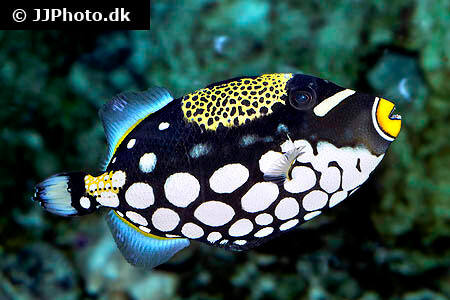 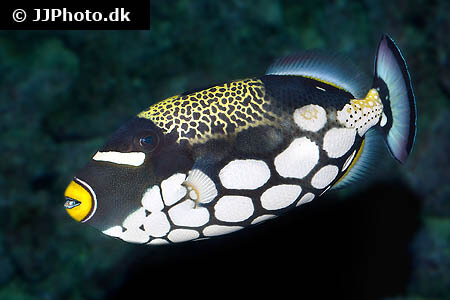 Origin / Habitat : Indo-Pacific, East and South Africa, Mariana Islands, Micronesia. Often found near outer reef edges and steep drop-offs swimming in the open. They are often found cruising around alone and not often found in pairs or schools. Climate change and sedimentation is having an impact on not only this species but all of the reef species.

Temperament / Behavior : This is one of the more aggressive of the triggerfish species. The Clown Triggerfish will rearrange aquarium decorations, live rock and knock over prized corals. Keep this in mind when setting up any rock formations in the tank to prevent rock from crashing down into the tank bottom. They are not reef safe since they are known to knock over corals and sample invertebrates like snails and hermit crabs. As they mature they often get more aggressive too.

Breeding : they are nest builders and males will guard the eggs waiting for them to hatch. A recent issue of CORAL magazine (March/April 2012) had a great article on how the Crosshatch Trigger has been successfully bred in an aquarium. They need some really tiny foods and the author of that breeding article explains the feeding size ratio and how he was able to determine proper food sizes.

Tank Mates : Need to be kept in larger and more aggressive type displays. It's not considered reef tank safe because of it's propensity to rearrange the tank and because they will munch on crustaceans and other inverts.

Diet / Foods : In the ocean they mostly feed on sea urchins, crabs and other inverts. They will eat most fish foods that are put into the tank. Give them a well balanced diet of marine origin meaty foods like clams on the half shell, mussels, krill, silver sides,etc.

Gender : No known obvious external differences between the male and female 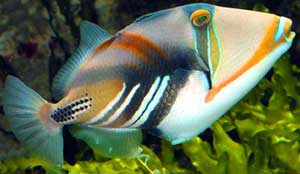 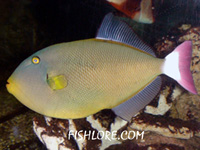