The Blue Gourami (Trichopodus trichopterus) is also referred to as the Three Spot Gourami and sometimes even the Opaline Gourami. This gourami is called the three spot because of the three spots on its body. The first two are visible (one on the middle of the body and one near the caudal fin) and the third spot is the eye. 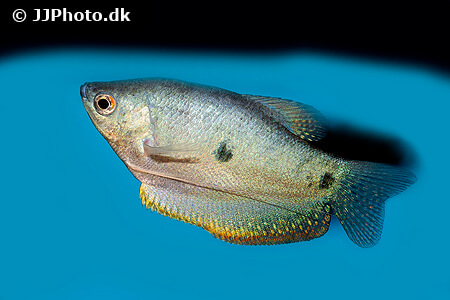 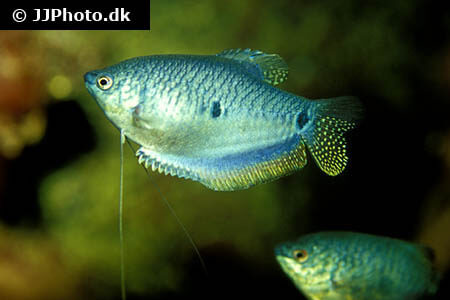 This fish is like the Betta Splendens in that it needs access to the water surface for using its specialized labyrinth organ in case of low oxygen levels. They can become aggressive and territorial with other tank mates and may be even more aggressive with other males.

Once acclimated to your tank, they can be fairly hardy and can grow to a size of 6 inches (15 cm).

Even though many of the available Blue Gouramis are tank raised it's always a good idea to keep any new fish in a quarantine tank for a few weeks for monitoring before introducing them into your main tank. 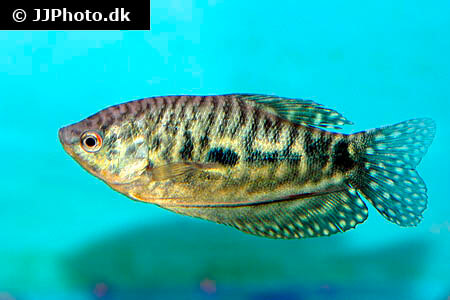 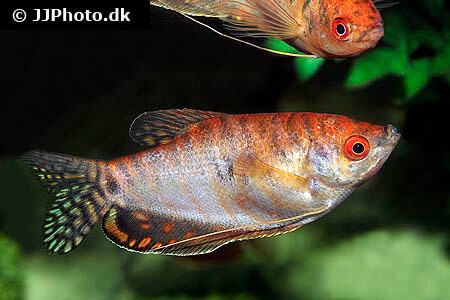 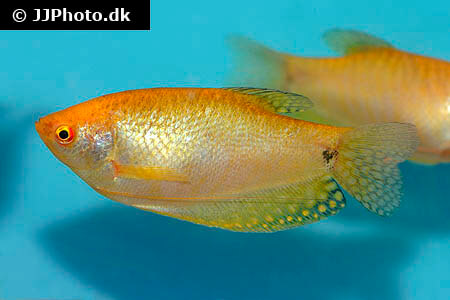 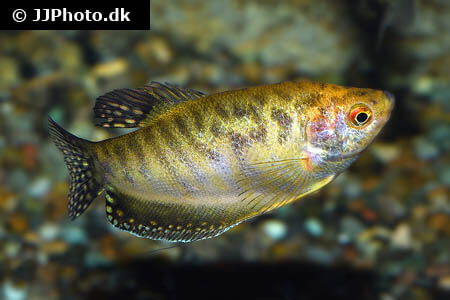 Breeding : They have been bred in captivity and are egg layers. Breeding behavior is similar to the Betta Splendens. Males build a bubble nest and try to initiate spawning. Females should be removed after spawning and the male will tend to the eggs until they hatch.

Tank Mates : They can be relatively peaceful if kept with similar sized and larger tank mates. You may have issues when keeping them with other males.

Diet / Foods : An omnivore - provide a varied diet with live food, frozen food and they should accept flake food.

Gender : Dorsal fin on males is longer and pointed while it is shorter and rounded on females.