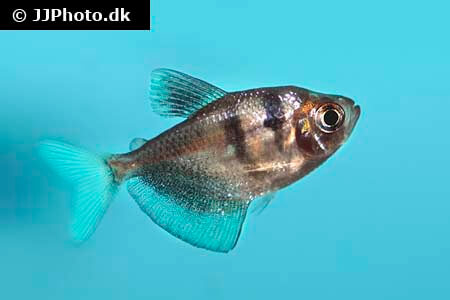 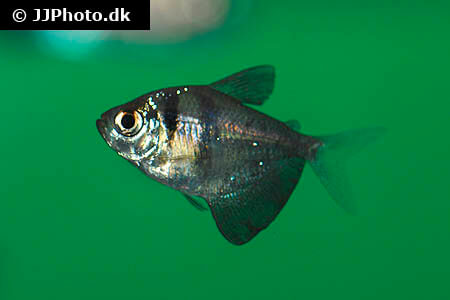 The Black Skirt Tetra can make a nice addition to a community tank with the right mix of tank mates. Avoid keeping them with known fin nippers like tiger barbs and likewise avoid keeping them with fish that have larger fins such as angelfish because Black Skirts have been caught nipping fins themselves. Try to keep your Black Tetras in groups of 5 or more to keep any fin nipping at a minimum, or at least amongst the school.

The Black Skirt Tetra is not very demanding as far as water quality goes and can be recommended to the freshwater beginner. Try to keep them in a large enough tank so you can get a school of them and keep up with those water changes. However, they probably won't make it through a complete aquarium nitrogen cycle that new tanks go through, so make sure that your tank is cycled before introducing them. Yes, this means that you definitely need to have an aquarium test kit.

They are not very picky when it's chow time. Give them a variety of vitamin enriched fish foods and they should do well. Toss them some frozen foods every once in a while as a treat. 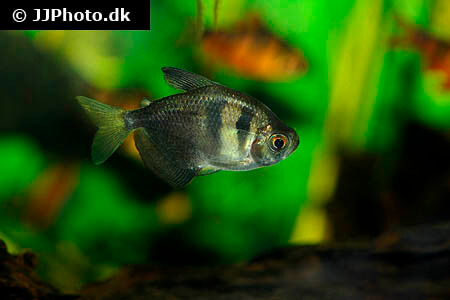 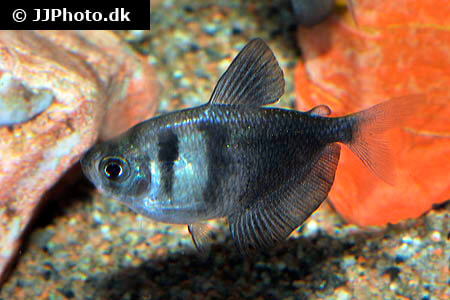 Care Level : Easy and could be considered a good beginner's fish.

Temperament / Behavior : A generally peaceful little tetra that needs to be in a school of 5 or more.

Breeding : Egg scatterer. The adults may eat the eggs. You will need a bare bottom breeding tank and will have to remove the adults after they release the eggs.

Tank Mates : You don't want to keep them with overly aggressive tank mates. If you have a long fin black tetra, you will want to avoid putting them in a tank with known fin nippers such as tiger barbs and other tetras. They have also been known to nip a fin or two themselves. Angelfish and Bettas should probably not be mixed with these tetras.

Diet / Foods : The Black Skirt should eat most common aquarium foods. Flakes, frozen, freeze dried and may nibble at some aquarium plants.

Tank Region : All over, but mostly in the middle and top areas of the fish tank.

Hyphessobrycon erythrostigma
Bleeding Heart Tetra
Has the signature small red spot (don't think it looks like a heart though) on its sides.

Astyanax jordani
Blind Cave Tetra
The Blind Cave tetras live in deep caves in the wild. They range from Texas to Mexico, with the sighted version from Mexico to Panama. There is no need for eye sight in the pitch black caves, so they have evolved to adapt to these conditions.

Aphyocharax anisitsi
Bloodfin Tetra
A slim lined tetra with red fins, a fast swimmer that does well in planted tanks.