The Bicolor Blenny is also known as the Two Colored Blenny and they go for about $20 online and slightly higher locally. The Bicolor Blenny has a brown front half of the body fading into a yellow-orange in the middle half of their body. This blenny is a cute little fish that will bring some personality to your tank but may fight with other blennies in smaller nano tank setups. 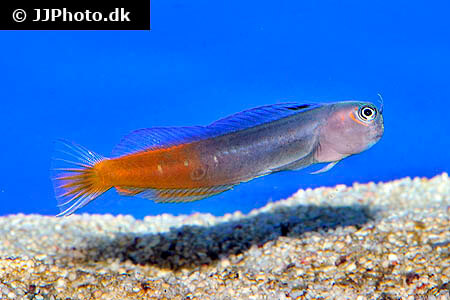 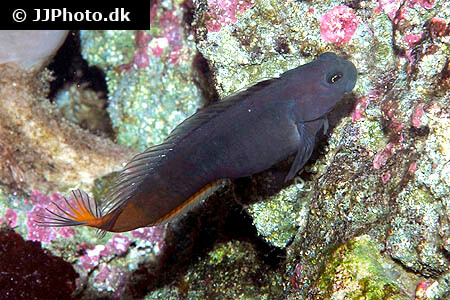 The Bicolor is considered hardy but you still need to do a drip acclimation of about an hour or so, depending on the differences in source and tank water.

Don't introduce them to new tanks without sufficient micro algae growth for them to graze on in between meals. They are omnivores and will accept small meaty foods such as thawed mysis and brine shrimp. Make sure you have lots of live rock though which will provide food in the form of micro algae and it will provide shelter for them.

You won't see them swimming the tank, out and about like other active fish species. They will hop from rock to rock, picking at bits and pieces and then swim to it's next chosen spot. They do seem very inquisitive.

Have a good fitting aquarium hood because they have been known to carpet surf. This holds true for a lot fish species that get spooked, blennies and wrasses more so it seems. 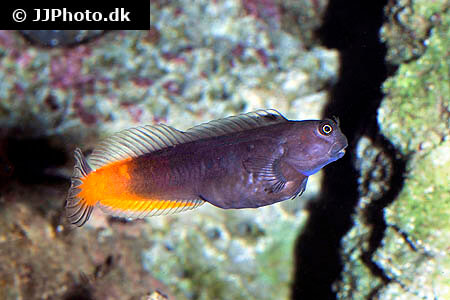 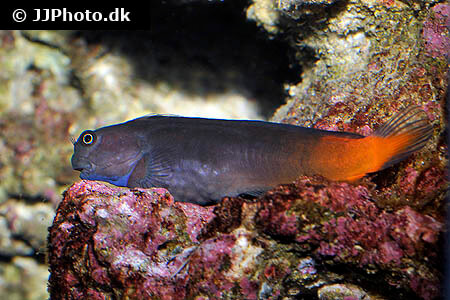 They have been bred in an aquarium and they are considered nesters/egg guarders. Males may be slightly larger than the female blenny. 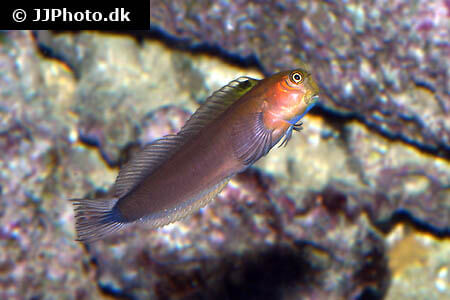 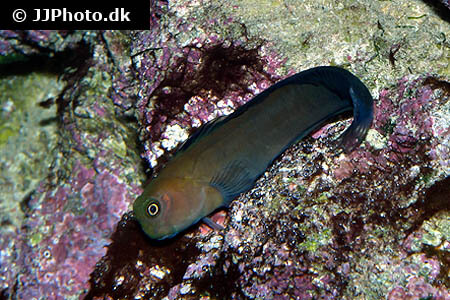 Temperament / Behavior : In general, the Bicolor Blenny is peaceful with tank mates but may scrap with other blennies.

Breeding : These blennies are nesters and egg guarders and they have been bred in the aquarium.

Tank Mates : Does well with most other species, except other blennies or fish large enough to eat them.

Reef Tank Compatible? : If kept well fed, they could be considered safe. But, there are reports of them picking at clam mantles and LPS corals.

Foods : These Bicolor Blennies are omnivores and will eat foods that are small enough in size. They will also pick at micro algae growing on the live rock. Thawed mysis shrimp, brine shrimp and thawed herbivore marine blends would be good to give them. Try to get them on a good pellet food like a href="https://www.fishlore.com/fishdictionary/n.htm#NLS">New Life Spectrum pellets (1 mm) too. Getting them to eat pellets could be considered difficult.

Tank Region : Normally found perched on a rock or in a cave or crevice. These fish are not active swimmers.

Gender : There may be a size difference in males vs. females with males being slightly larger.

Ecsenius bicolor
Midas Blenny
This blenny gets to around 5 inches and needs at least a 30 gallon tank or larger. May fight with other blennies. 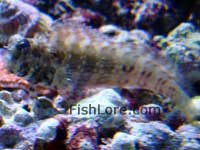 Salarias fasciatus
Lawnmower Blenny
This Lawnmower Blenny is quite endearing and has a very curious personality. They may remind you of an iguana or similar lizard the way they look at you with those orbital eyes. A healthy and well adapted specimen will be very aware of it's surroundings and observant of other fish and the aquarium keeper.