The Bellus Angelfish (Genicanthus bellus) is one of the smaller saltwater angelfish species but is not considered a dwarf species.

The males and females are easy to differentiate with the males having an orange dorsal fin and an orange horizontal band near the lateral line. In females the dorsal and lateral line band will be black. 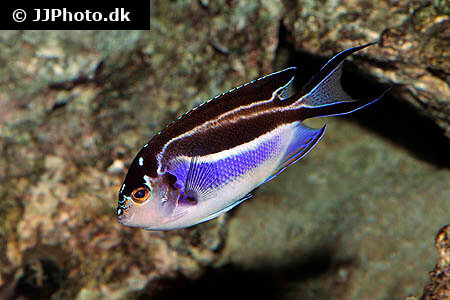 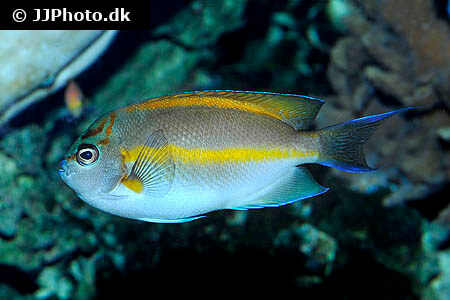 The Bellus Angelfish gets to about 7 inches (18 cm) as adults and seems to adapt well to the aquarium. They are not all that commonly available at fish stores or online and if you do see one available be prepared to pay anywhere from $100 to $200 depending on the size. 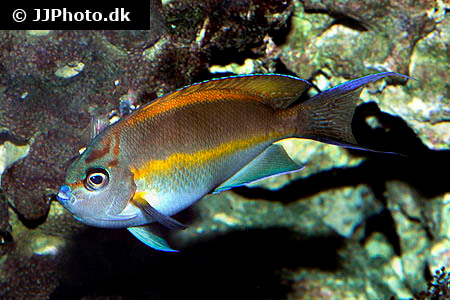 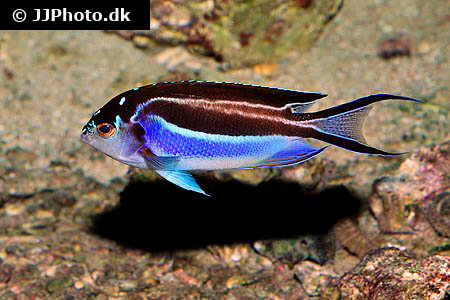 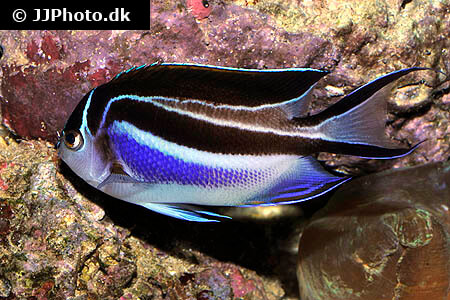 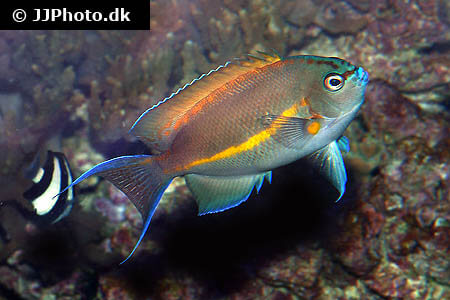 Origin / Habitat : Eastern Indian Ocean at depths of 20 to 100 meters

Temperament / Behavior : Males may fight with other males and with other angelfish species. Keep only male to a tank, but a single male can be kept with multiple females in large enough aquariums.

Breeding : Females can transform into males and are open water egg scatterers. Many spawnings have taken place in the home aquarium but no successful larvae have been raised.

Compatible Tank Mates : Other large fish species. May fight with other saltwater angelfish.

Food : Omnivores and primarily a plankton eater. A varied diet with live or thawed marine foods offered frequently. There are even frozen foods made especially for large angelfish now. 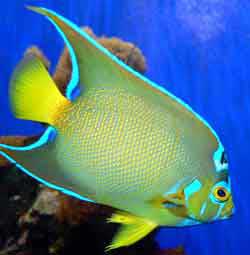 Holacanthus ciliaris
Queen Angelfish
Another very expensive and very beautful angel, the Queen Angelfish is another large angel that can reach up to 18 inches in size. Only keep them in the largest of aquariums.