The unit we tested was the Hydor Slim Skim Nano and it was purchased for $105 plus shipping. It's getting some fairly decent reviews on the internet so I wanted to give it a try. From the product description it sounds really nice. It has a small footprint, it has an adjustable collection cup (uses a rubber o-ring on the cup), it has a valve on the airline that can be used to further fine tune the performance and it comes with magnetic mounts for easy attachment. It is an internal skimmer so unless you can fit it into the sump compartment (see the dimensions image) of your nano cube you may have to put it inside the display. Looks wise, it looks nice but I didn't really care about looks since it is going on a propagation tank anyway. 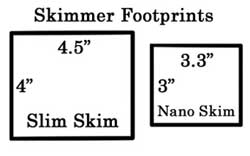 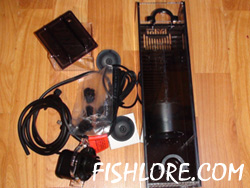 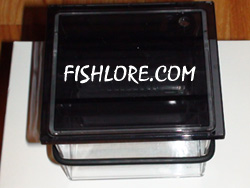 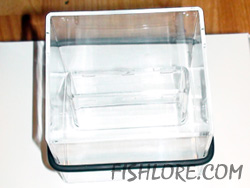 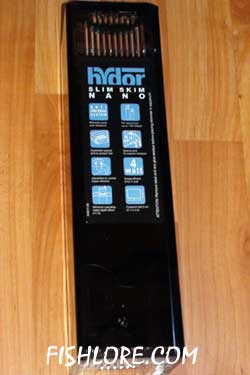 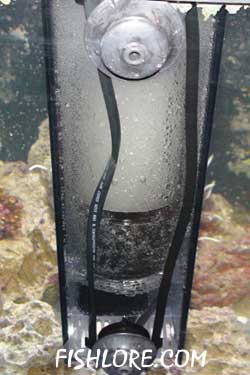 It took about 10 minutes to unpack it, read the directions, rinse everything off and get it ready for the tank. It took several more minutes of me fiddling around with the back of the JBJ Nano Cube trying to get it to fit into the sump compartment. It did not fit so I then tried to put it into the tank, towards the back on one of the sides. Another problem. When the lid for the nano-cube came down there was not enough clearance for the skimmer and it pushed it down too far into the water which would render the skimmer useless. Then I settled with putting it on the left side of the front glass which allowed the lid to close. Since this is on a coral propagation tank I don't mind because I'm the only looking at the tank. But if you have a JBJ nano-cube and bought one of these for a display tank and run into this problem you won't be pleased. If you have a standard open top tank or if the slim-skim will fit into your back sump compartment, you shouldn't have any issues.

On to the performance. After letting it run for just a few hours, with the collection cup set at nearly the highest it could go (to skim dry) and the air valve fully open, the cup was ready to be emptied! Nice, huh? That's all that really matters, to me anyway.

So far this was a good purchase. I'll post an update in a week or so and then again down the road to see if I'm still digging it. Maybe not as good as the Tunze 9002, but too soon to tell really. I do like the Tunze 9002's shape better though. It fit into the sump compartment. However, I would buy this product again and I would recommend it to a friend. Overall, I give it

UPDATE: Just an update after a couple more days of running this skimmer. I'm rather pleased with the nano skimmer. I've been pulling out a collection cup full of brown tea like gunk about twice a day. I could probably empty it more often than twice a day. The o-ring is set at about the half way mark on the cup.