Keep all of your water parameters within the recommended ranges (see below) along with the proper lighting and you will be pleased with your monti's growth rate. 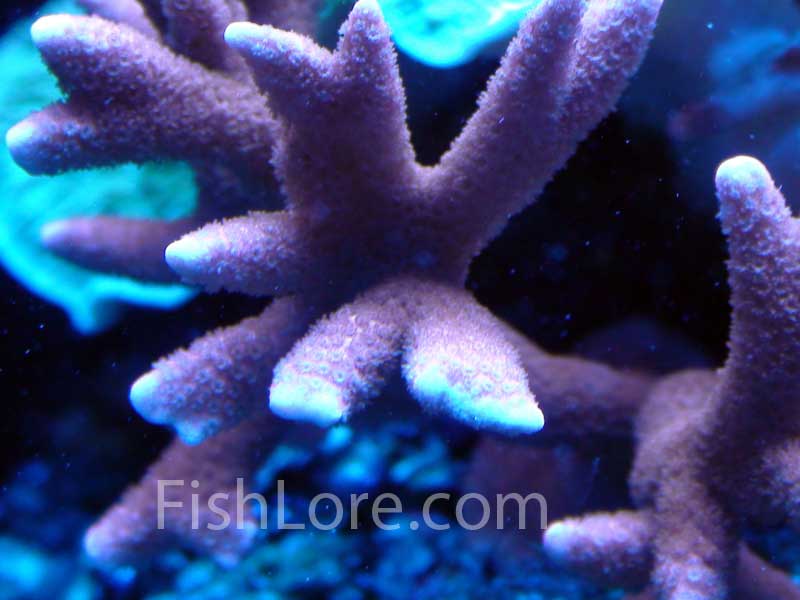 Montipora Digitata go by a couple different common names such as the Velvet Finger or Velvet Branch Coral. There are several differnt color morphs as well. The growth pattern of the branches can be influenced by the water conditions in which they are found. Lower flows vs. turbulent flows can produce some different growth forms as well as their proximity to light. High light levels and turbulent flows produce some really good growth rates for this species in my experience.

You can try feeding them tiny plankton foods but don't over do it because you don't want to pollute your tank. 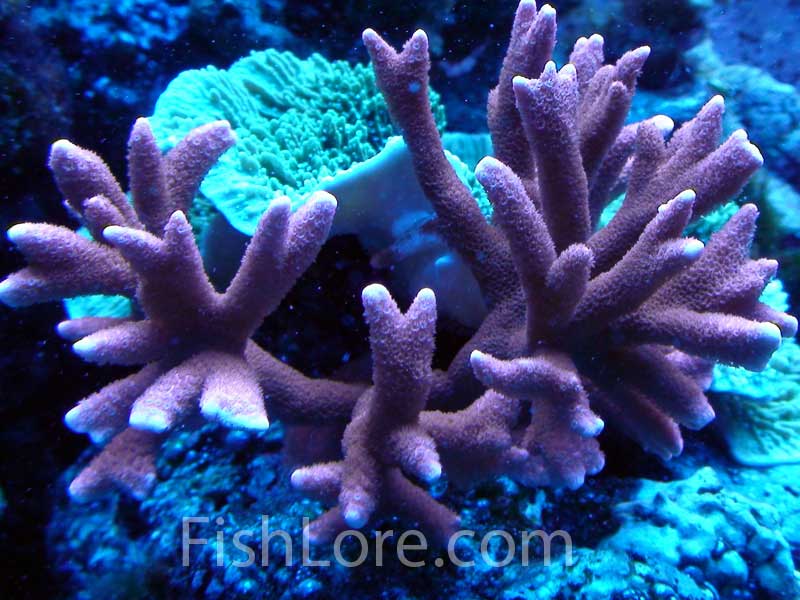 How to Frag : These monti's are very easy to frag. Many hobbyists simply break off a piece and super glue it to a frag plug. I use shears to make a quick and clean cut then glue it to the frag plug. They will start encrusting the frag plug within a couple of weeks and you will see nice white growth tips soon.

Food : Many reefers don't actively feed their sps corals but some do and several authors (calfo, borneman,etc) have talked about how feeding corals the proper foods can be beneficial. There are several food choices available at your local reef store or online. Don't pollute your tank though with too much food!

Water Movement : High turbulent flows are needed. Check the vortech pumps which can provide very good turbulent and varied flow patterns. Since using these pumps I've noticed a definite increase in growth rates in my sps.