The Montipora Capricornis coral is one of the most sought after Small Polyped Stoney corals for various reasons. Montipora Capricornis can be quite hardy once acclimated and they come in several color variations ranging from green (pictured) to pink or red to purple to tan. The greens and red montis seem to be the most popular and they do look fantastic under lighting systems incorporating actinic lights.

Montipora can take on various forms depending on water flow and the conditions in the tank, but generally the Monti Cap will eventually grow into a whirling vase like appearance. 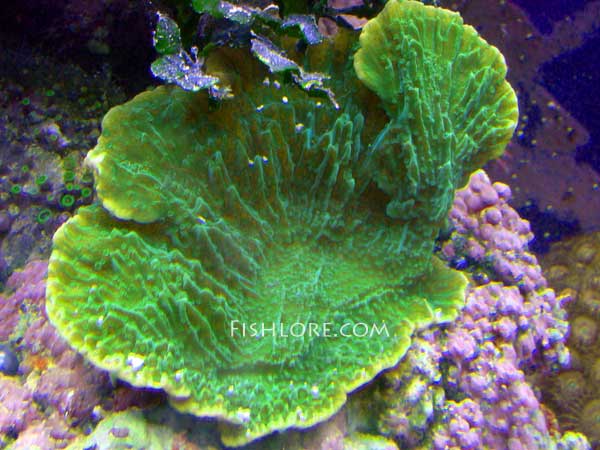 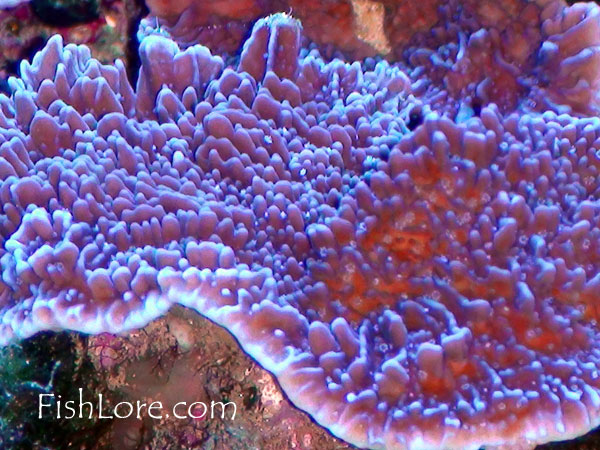 Like most all SPS corals, this Montipora Capricornis coral needs excellent water conditions as well. Keep the calcium, alkalinity and pH levels where they need to be and nitrates low and phosphate at or as close to zero as possible. Some hobbyists have reported that the supplementation of strontium may also accelerate the growth rate of frags. Keep them under high output LED's, metal halide, T5's or VHO bulbs for best results.

We've experimented with several monti frags in a 55 gallon tank under T5-HO's at various depths. They definitely grew faster the closer they were to the top of the tank. Growth rates in the middle levels were definitely nice though.

Fragging Montipora Capricornis is rather easy. Simply break off a piece and affix it to a reef plug or a piece of rock, give it optimum water conditions, proper lighting levels and you could have a small frag farm going in no time. 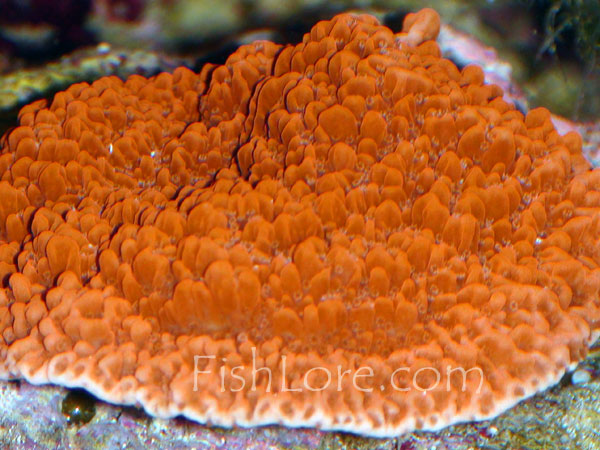 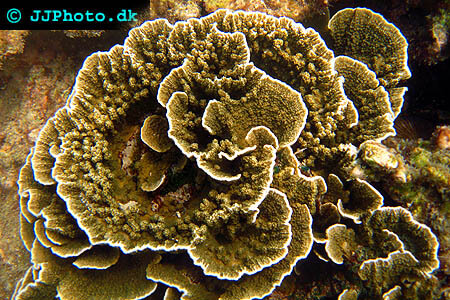 Temperament / Behavior : Rather peaceful but grows relatively quickly and may end up shading corals placed below it.

How to Frag : Easy to frag. You can break of a piece (using your hands with gloves on) and affix it to a reef plug with super glue or other saltwater aquarium safe bonding material. The donor coral should recover just fine after fragmentation if kept in good conditions. After fragging, provide good to excellent water conditions with similar lighting and the coral frags should grow at a nice pace.

Food : Feeding is not necessary. It should get most of what it needs from the water column and via the zooxanthellae in it's tissues.

Water Movement : Moderate to high and turbulent flows are good.