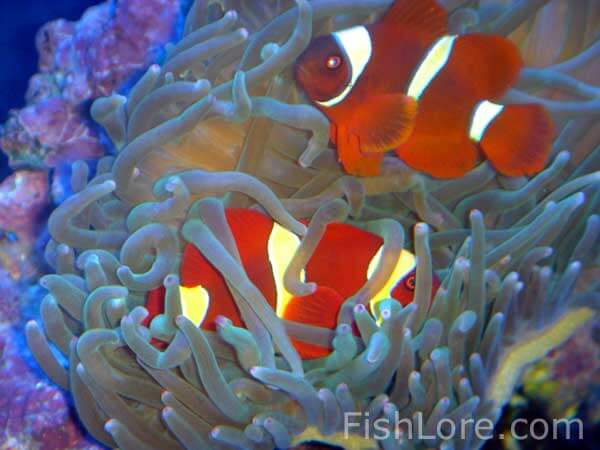 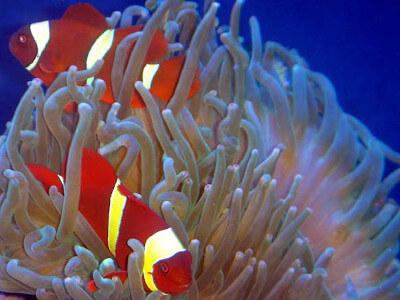 There are various theories trying to explain why clownfishes can enter anemones while other fish species cannot, but there is no widely accepted scientific explanation for why clownfish can do this. Some scientists think clownfish can live with anemones because they build up a thick layer of mucus, thereby protecting them from the nematocyst stings. Another group believes that clownfishes are covered in anemone mucus that makes it difficult for the anemone to recognize them as a stingable item.

Whatever the reasoning is behind this remarkable phenomenon, it makes a spectacular sight in a saltwater aquarium. Beginners to the saltwater hobby need to be advised that most anemones need intense lighting provided by metal halide lighting systems. They also need trace element supplements added periodically and certain species even need to be feed. Even though there isn't alot of information out there on all the anemone species, try your best to thoroughly research any species before buying them.

If you have a clownfish species that is not listed in the clownfish anemone compatibility chart below and it is hosting with one of these anemones, please let us know.