The Hillstream Loach is a really neat little fish that is great at eating the small crustaceans and larvae (aufwuchs) that grows in algae. This loach can be very shy and won't really show themselves in the home aquarium too much. The first thing you should know about these amazing little fish is that they need lots of oxygen in the tank to survive. So they would need colder water, which can hold more oxygen then warm water, and would need a strong current to keep the oxygen near the sides and decorations. 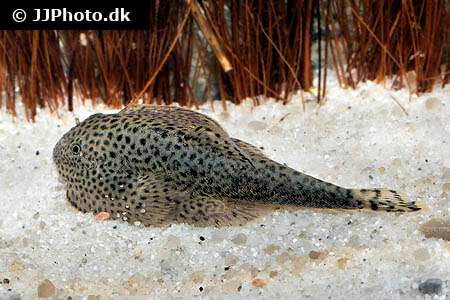 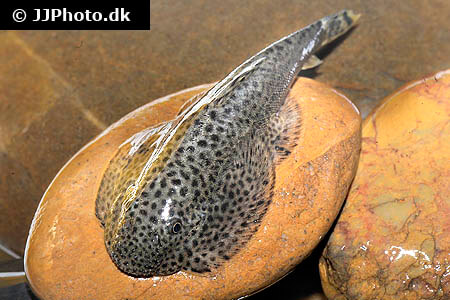 They are usually best suited for pond tanks or ponds in general since they require cold water, unlike most fish, which prefer it. If the tank gets too hot for the loach, they will die because their body can't seem to cope with the warmer temperatures, plus the warmer the water, the less oxygen in it. 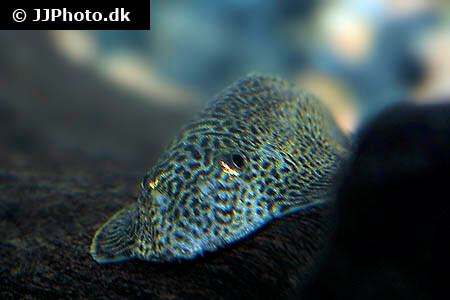 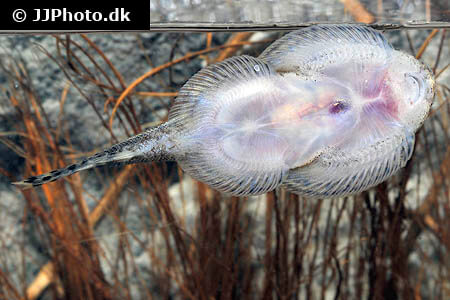 The tank the Hillstream Loach should be put in should be well established since they eat algae and a new tank doesn't seem to have any algae in it right away. The tank should be pH neutral to slightly alkaline for them to thrive as well as medium hard water with a temperature set at 68-75°F (20-24°C). They should be fed good quality algae wafers, mysis shrimp, or blood worms. If these fish are well cared for, and have the proper tank set up, they can live for 8-10 years and get to 3" at most.

The most similar species to the Hillstream Loach are the other Beaufortia species but are similar to the other small algae eaters. There are different color varieties of this little fish, but the most common is one with spots and is also known as the spotted loach at some stores. They can also be pretty expensive depending on the store and the color variant that you get. These fish sometimes like to be in groups of 3 or more and will feel more comfortable in a small group. 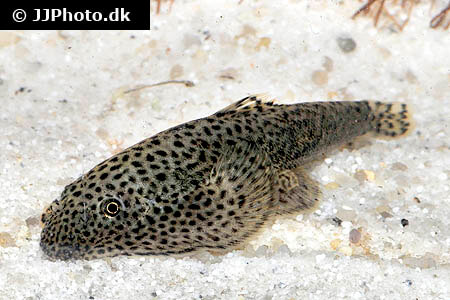 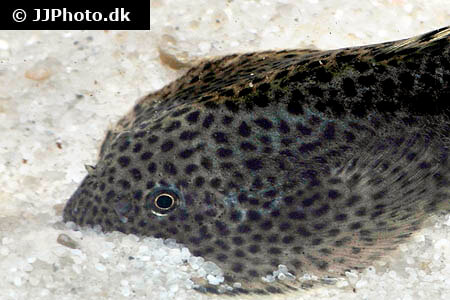 Temperament / Behavior : Peaceful, won't harm anything in the tank, except for the brown diatoms.

Hillstream Loach Tank Mates : Mostly just coldwater fish that are able to tolerate a strong current in the tank.

Diet / Fish Food : Herbivore, but the Hillstream Loach will accept meaty foods. Diatoms in the tank as well as algae wafers as a treat are good algae foods, but for the meaty foods, mysis shrimp and bloodworms are good foods.

Gender : It is very difficult to determine gender by external differences. 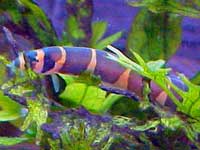 Ancanthophthalmus Kuhlii
Kuhli Loach
A smaller sized loach that does well in many freshwater setups. 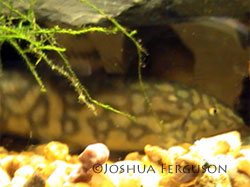 Botia almorhae
YoYo Loach
The Yoyo Loach (Botia almorhae) is a very active and friendly fish that makes a good addition to any community aquarium.