The Endler's Livebearer is thought to be just a color variant of the common guppy (Poecilia reticulate), but it is under debate whether that is true or not. The Endlers Livebearer is a really nice looking livebearer that the true wild strain is almost extinct, if not already is. 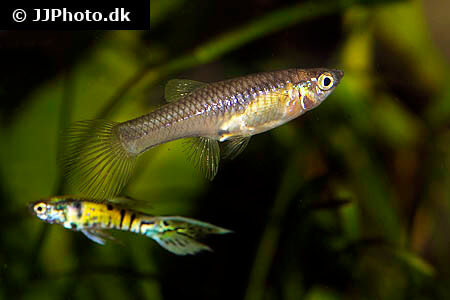 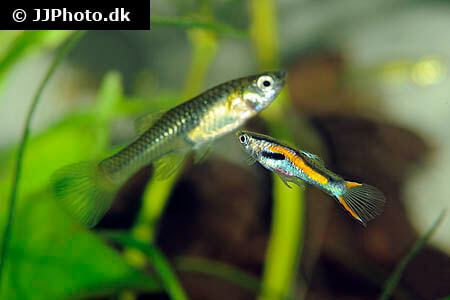 The male's of this species is a fluorescent color while the females are a plain silver or grey, but that is the true strain. It is also sometimes considered a dwarf version of the guppy since this fish gets to be only about 1-1.5" while the guppy gets to about 2". 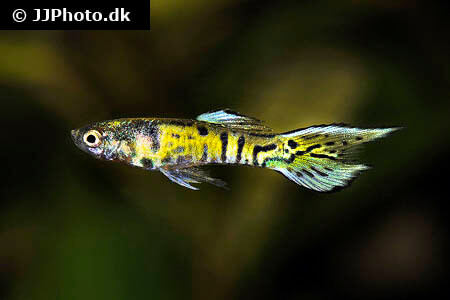 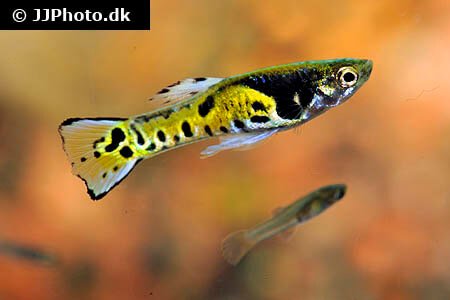 Since this fish is so close to the guppy, it is kind of hard to write something original for it, but it is also different in the fact that it comes from a different area of the world and it is a different adult size. Other then that, the breeding of them is the same, which is the male Endler gets the female pregnant and then the female holds the embryos until they are developed enough and then the female gives birth to fully developed young after 20-40 days. Then the fry will grow up normally if they are given lots of protein enriched food as well as some vegetable matter, like algae wafers every couple of days. The best food for new fry are either live baby brine shrimp, or frozen baby brine shrimp, as it is small enough for them to eat and grow big on the food. 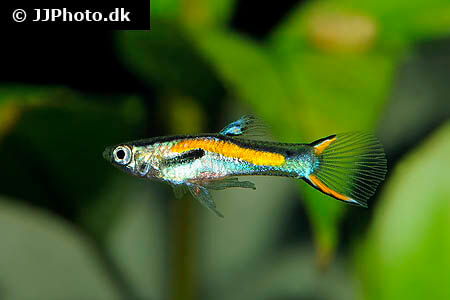 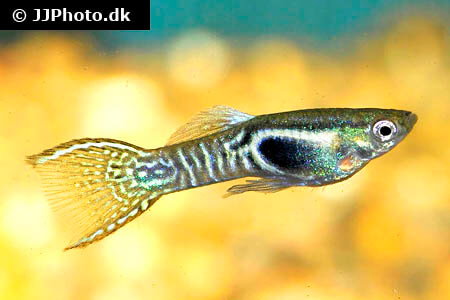 They prefer a tank that has a neutral pH and soft-moderately hard water. The tank should be planted, with either live plants or fake, with the temperature 75-85°F (24-29°C). To get them to show the best colors is by having two females to every male, and by feeding them a variety of foods, from frozen foods, to flake foods, to live foods. But make sure to only feed them foods that will be able to fit in their small mouths. If they are given what they need for food, and what they like for a home, they will be great fish to keep and watch as they grow and have many fry and watch the cycle of life.

The Endler is a great fish to keep as long as it is in a tank with peaceful community fish. Mostly fish that won't eat the fins or the fish is a good rule when it comes to keeping virtually and fish. But like most fish, these fish do better in a tank on their own, so they can breed and multiply all on their own, without any disturbance from other fish eating the fry.

Breeding : Livebearers and not hard to breed. Very similar to guppies, read the breeding guppies article.

Endlers Livebearer Tank Mates : Many, as long as they aren't being housed with fish that will nip the fins or eat the fish, like tiger barbs, some tetras, various other barbs, etc.

Gender : The males are a fluorescent color, while the females are a silver color.


Still have questions?
Jump on the forum and ask your question!
Go here: Endlers Livebearer Forum