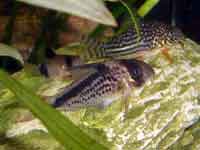 My name is Laure-Anne, aka Armadillo. I am 32 years old. I am a French-Belgian originally, but moved to Newcastle, and later Manchester (UK) when I was quite young (hence my mysterious Northern English expressions!). I moved to The Netherlands 5 years ago, where I now live with my Dutch husband.

My job being extremely travel-intensive, it took much nagging before my husband finally agreed to let me have pets. "But 'only' fish", he said. HA HAAAA! That was in March 2007, and it started with what seemed like an innocent 10 Gallon tank. It took 1 month and I was totally hit by MTS, and it's been an uncontrollable spiral from there: we're now on 8 and counting, and I spend most of my spare time either on Fishlore, or in fish stores or on the web researching fishie facts. Thankfully, the MTS bit my husband in the butt too.

I'd always been crazy about all animals, from worms to humans. That is why I read Zoology for my BSc (I then saw the light and did 'real' studies, so I joined the evil, sensible ranks of IT army). The whole love of animals thing runs in the family: my dad once got arrested defending a bat against people trying to burn its eyes out with cigarettes (sometimes am ashamed to be human). My uncle has rescued so many animals he's now got a bona fide petting zoo, with swans, goats, ferrets, rabbits, you name it.

I used to keep a lot of fish when I was little, then I moved away and it was never the right time to start again. My parents reminded me the other day that I used to demand a funeral service for each fish that passed away. We'd invite the other kids in the neighbourhood to the 'ceremony'. My dad told me that the worst funeral was that of my common pleco. I clearly remember that fish. I used to love it. I was inconsolable when he died. But there were good times too, like when I used to charge the same neighborhood kids to check out my aquarium!


At the time of writing (number of tanks is a very dynamic figure in my house, and always on the up), I have 7 populated and 2 spare tanks as follows.

- 72 Liter / 18 Gallon, long: DP tank (my husband's): dwarf puffers, kuhli loaches, fancy pleco, amano shrimps, and lots of dead pond and trumpet snails (the same ones that used to be in my tank, and that I viciously fish out to lead them to certain death). My husband's worried it won't be enough snails for his puffers, the crazy man. Little does he know that, sadly there are ALWAYS enough snails.

- 60 Liter / 15 Gallon, long: neurotic tank: platys, mollys, and corys. One of my male mollies in the molly tank was always victimized and had always had very strange, stereotypical behaviours like swimming up and down on the same spot. He had some severe socialisation problems and was viciously picked on by the healthy mollies, so I felt really sorry for him, and gave him his own tank with 2 female platys and a molly fry growing out for company. He's much happier now. I added a couple of corys in there for good measure, and that started my cory bug (7 species and counting)! Interesting corys in that tank are my black C. aenus and my 6x C. pygmaeus.

- 50 Liter / 12.5 Gallon, tall hex: female betta (dark, salmon-pink with deep purple eyes and double-crowntail rays. The edges of her fins are all lined in black, as if someone had framed a beautiful painting), and some corys.

- 30 Liter / 7.25 Gallon, cut down tall hex: 1 female betta (metallic all over. Dark brown/purple body, and bright blue/red fins, with double crowntail rays. She's got this gorgeous black lining on the edge of her fins, and dark blue eyes). She's extremely aggressive to other fish (she got sold to me as a male she was that aggressive), but a total angel with me.

- 25 Liter / 6.75 Gallon, cube: molly fry grow-out tank, and oto tank. Also, that's where I've put a mysterious fry that I've found in the tank with my female platys and male molly?! That's also the tank where I had oto eggs - wrigglers but, the wrigglers just disappeared after two months. I am still really sad about that. I hope the female will lay eggs again. Because it's such a small tank, I have an algae farm going on the side. I explain about that one later.

- 25 Liter / 6.75 Gallon, cube: 1 female betta (pale pink body, and blue/pink fins. double crowntail rays and gorgeous pale blue eyes). She's only a baby still. I thought she was peaceful with the other fish in the shop, but when I tried to introduce some pygmy corys, all hell broke loose. So now she shares with a zebra snail whom she totally ignores. Sadly, he also totally ignores the vegetables I put out for him.

- 20 Liter / 4 Gallon long, Experiment/hospital tank. That's where I do my experiments with pH, temperature, nitrates, etc. measuring the effect of peat, plants, light, broken shells substrate. When am not doing experiments, that's also my hospital tank.

- 15 Liter / 3.75 Gallon, algae farm. I am growing green algae outside in the garden for my otos. I believe Tim gave me the idea. I put transparent jam jars in the fish bowl outside, and wait a week or so for green algae to start developing on it. Then I remove the cleaned-out jar from the oto tank, and replace it with the fresh algae.

In each of my aquarium (except the really small ones), I have two filters. One main one, and one small, spare one. That way, circulation is improved, and I have some help kick-starting the cycle in a new tank because I can use the spare filter.

In a couple of tanks, I have the filters setup so that the outlet lets out air bubbles from a tube getting its air form outside the tank. That gives more 'natural-looking' bubbles. The fish love it. Of course that's only in tanks with fish that enjoy a bit of current.

I also have a 'current maker'. It's basically a mini-filter pump without the foam pad, and its outlet has a rotating head. I have that one in my bigger tanks to avoid stagnating water.


Here are some mishaps I've had when I was just starting again:
Some nice behaviours

My female bettas' cuddles: If I put my cupped hand in the water, my metallic female betta will swim inside of it and rest on my palm for a bit, curl up and turn around to come back in my cupped hand. She's adorable.

My other female betta will come close to my finger for a rub. She likes it when I rub her tail. I try not to do it too much to avoid damaging her slime coat, but it's really cute.

My mollies hand-feeding: My mollies are so trusting and inquisitive, that they come and eat inside my hand, swim between my fingers, and, stupidly, under the end of the vacuum pump so I have to watch them like a hawk when I clean the tank.

My creepy mollies following me around: My mollies are always checking me out. Sometimes, I'll be busy with another tank close by and if I look up, here's the seven of them pushing each other in the tiny corner from which they can see me, fighting for a peek. They're really funny.

My female betta (the dark pink one) playing with my finger: She plays with my finger (chasing it when I put it in the tank) like a cat. She's really quick. To provoke her, I'll move a leaf on her plants. She'll sometimes creeps close, pretending she's not looking, then pounce. True cat behaviour.

My female betta (the dark pink one) sharing her food: I feed my corys sinking pellets in a bowl. When I've fed her worms, she'll check out the bowl and if she's still a bit hungry, she'll peacefully share with the corys. Patiently waiting for her turn and not an ounce of aggression towards them.

My otos sucking my finger: Some of my otos are so aloof, that when I force them to leave their current resting place, like the empty food bowl or an old cucumber needing replacing, they'll just switch and suck on my finger instead. Thankfully, they don't do that to other fish.

The dwarf puffers sucking red worms: They'll patiently wait as I pour the red worms in their food basket, and then swim around it carefully until they've found a good 'candidate'. Then they'll bite through the basket's tiny holes, and suck a worm out of it. They'll then suck it out and back in, like naughty kids and spaghetti, and release a cloud of red smoke from their gills. It's really cool to watch.

The kuhlis 'cuddling': I love watching that. Our kuhli loaches just kind of pile up on top of each other and rest there, their bodies intertwined (noooo, they're not mating)

The corys schooling: I love to watch my corys school, especially when it's different species. I love watching the pygmy ones, in particular, school with the huge (well, relatively) peppered corys.


I'd like to thank Dave (COBettaCouple) the most. He's really helped transform a side-interest into a passion, by helping me through my first major tank disaster (didn't know about the aquarium nitrogen cycle).

And of course, my ever-so-patient husband who has taken the fish obsession with so much grace. 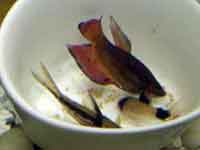 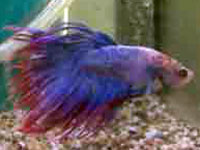 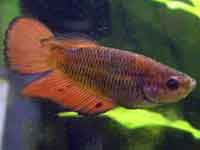 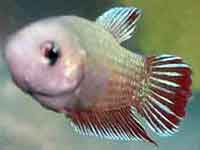 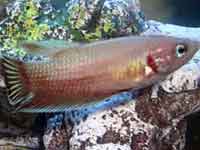 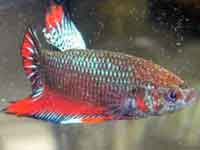 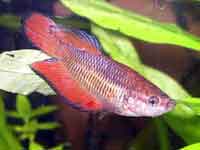 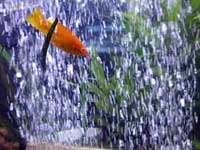 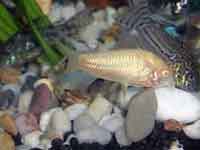 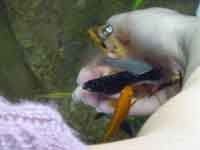 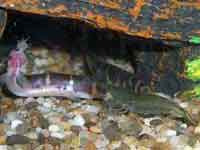 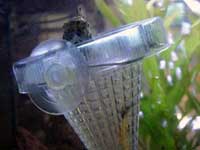 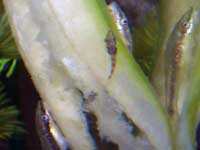 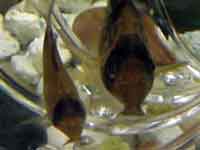 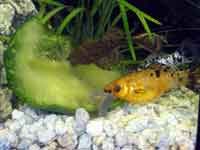 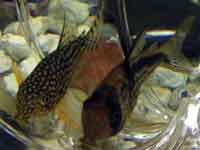