After I got married, for some reason I randomly started thinking about setting up a small aquarium - you know, as an attractive piece of furniture in our apartment. The fish were meant to be sparkly, moving decorations, but I knew I'd have to learn how to keep them alive, so after a little searching online, I found FishLore. It didn't do much to change my attitude toward the fish as living ornaments... at first. Mostly, it just intimidated me. Keeping fish seemed like so much trouble...

What really convinced me to take the plunge was my sister's death from cancer. My brother in law brought my sister's Black Moor goldfish to my mother (who had virtually no experience) to take care of. After a few months passed without any disasters or odd fish odors, I figured I could manage a tank of my own.

Before I bought my first tank, however, my mother-in-law surprised me with a birthday present: a 10-gallon tank kit. I was overwhelmed. Such a big tank! I mean, good grief! Couldn't I start out with something simple, like maybe a couple gallons?! (Go ahead and laugh. You were new to this at one point, too.) This was at the end of 2010.

My first few fish - platies from Wal-Mart - changed my life. As I struggled to keep them alive through a botched fish-in cycle, I bonded with them and really fell in love with the whole hobby. In less than 6 months, the 10-gallon became a 29-gallon tank. Multi-Tank Syndrome reared its ugly, wonderful head, and now I'm in the process of setting up a dedicated fishroom in our house... and no, the fish are NOT just furniture to me anymore.


I have the 29-gallon tank still running. At the moment, it's home to my last few platies and a modest colony of Malaysian Trumpet Snails. I also have a 10-gallon temporary home for some black kuhli loaches, a 3-gallon tank (home to Macbeth the halfmoon betta), and another 10-gallon stocked with various tiny invertebrates - daphnia, copepods, and gammarus - in hopes of getting a substantial live-food supply going.

Most recently, I have set up a 55-gallon tank and started it cycling. It's the focal point of the fishroom, sitting at eye level and more or less centered in front of the fishroom's futon. When it finishes cycling, it will eventually be home to a pair of angelfish, my kuhlis, and a few schools of smaller fish like cories, barbs, and rasboras. The tank is filtered by a SunSun HW-302 canister, but a lot of the other stuff in and around the tank is DIY. The substrate is Miracle-Gro Organic Choice Potting Mix under a cap of Black Diamond Blasting Media, a combination that has worked really well in my invert tank. The lights were assembled piecemeal from a roasting pan, a plastic cutting board, and several gizmos from the hardware store. Setting up even a small fishroom is a pretty expensive project, so I cut corners where I can.

The other 11 or so tanks - ranging from 1 gallon to 10 gallons in volume - that I have sitting empty are just waiting for me to have the time and budget to set 'em up and stock 'em to the brim. Does it bother me that I currently have more empty tanks than live fish? You bet it does - but it's exciting, too. There's a potential in an empty fish tank that only an aquarist can truly appreciate!


I don't necessarily have specific plans for all of my empty tanks, but there are a few branches of the hobby that I definitely want to explore.

I've been eager for a long time to set up a shrimp tank with RCS. I'm also thinking of trying to breed ghost shrimp, mostly just because ghosties are cool and raising the young is supposed to be somewhat difficult.

Probably the most long-term, most complicated, and most expensive goal I'm working toward now is a decent-sized goldfish pond in the back yard. It won't likely happen this year, but as we hope to spend this summer setting up a nice, relaxing patio behind the house, I hope to have a pond running by the end of 2015. And then there's a nice, big space on my fishroom shelves - a six-foot-long blank canvas - that needs filling. I haven't decided yet what size of tank(s) to put there; it could be anything from some medium-sized breeding/growout tanks up to a 75-gallon mbuna tank.

I'm also hoping to start updating my YouTube channel - https://www.youtube.com/user/ayladfish - more frequently as I add more tanks to the fishroom.


I am eternally grateful for my wife's patience and enthusiasm for my adventures in fishkeeping. The only thing I enjoy more than setting up a new tank is showing it off to her.

I owe a huge debt to FishLore's resources and support. While this site may have cost me a lot of money (I'd never heard of a "fishroom" until I found my way here), it's also largely responsible for whatever success I've had in the hobby.

Thanks also to those members who nominated me for a Member Spotlight. I like to talk about myself anyway, and I'm honored that someone wanted to pay attention!

There are great things to come, and I look forward to sharing them with my fellow hobbyists at FishLore! 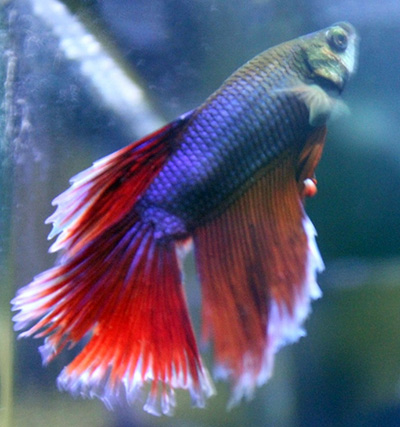 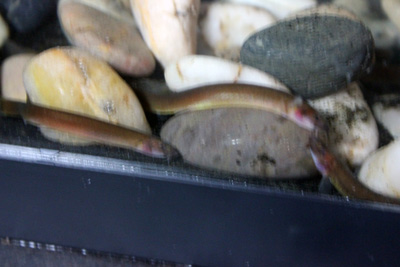 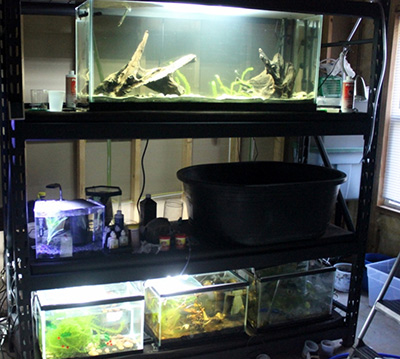 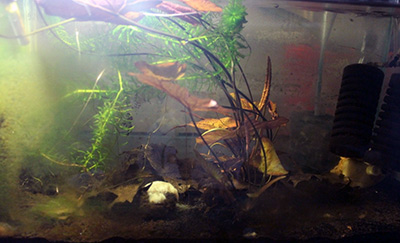