The clown pleco, or Panaque maccus, is a pleco that many people say is useless because it only eats on driftwood, by many people say that it is a great algae eater, which it is.

The Clown Pleco is one of the many dwarf pleco species which only gets to 3.5 to 4 inches (8.75 - 10cm) and is able to live happily in a wide range of water parameters, even the wild ones are very durable. They come from soft, neutral waters in the rivers of Venezuela and Columbia.

Towards many fish they are very peaceful and will stay on the bottom or sides of the tank, but if there is more then one male, or even more then one female, the dominant fish will drive the intruder outside of the dominant fishes territory. They will be suitable for almost all fish tanks, except for African cichlid tanks, or any fish tank that has fish big enough to eat them.

These clown plecos are very difficult to breed, they require lots of work to have them spawn and then to raise the fry is a task on its own. There is a certain week in the spring that you will have to drain the water in the tank to about 30-50 percent, then refill with pure rain water (or RO water), it has to be filtered really well if you live in the city, you will have to do that a few times in that week for them to trigger something to spawn, which can be a hassle unless you have lots of time on your hands. To tell the males from females it is very difficult, but the males usually have some more 'whiskers' around the mouth and face region.

The minimum tank size for a clown pleco is 20 gallons, and for each additional clown pleco, try to have an extra 10 gallons just so there is enough room for each fish to have it's own territory. They will hang out on the side of the tank but mostly the bottom of the tank, where algae, and primarily driftwood is located. The primary diet is driftwood, but they need to supplement their diet with vegetation, so adding algae wafers, and fresh veggies like cucumber, lettuce, etc. 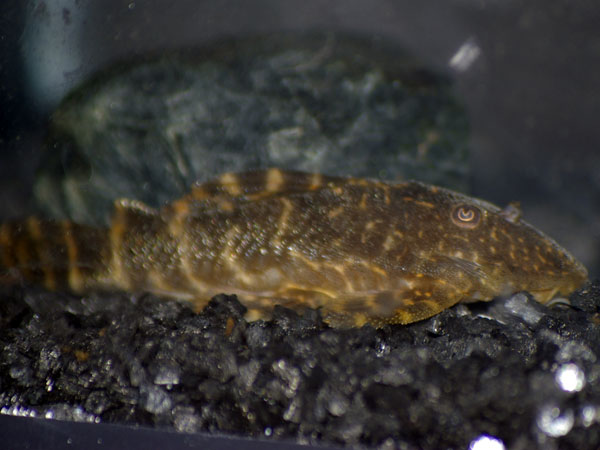 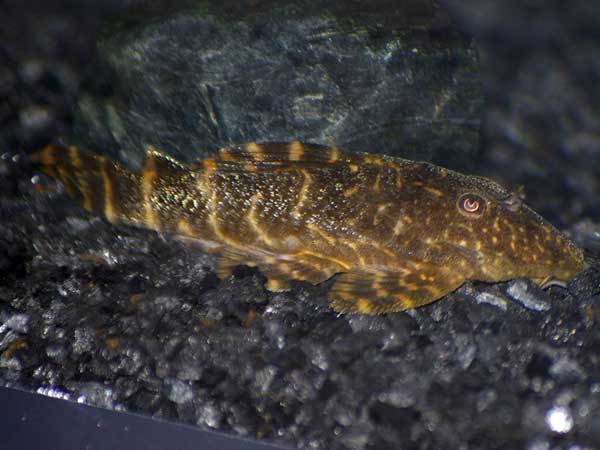 Breeding : Very difficult to breed the clown pleco in the home aquarium

Tank Mates : It is very compatible with lots of fish, just not those that will eat it.

Diet / Fish Food : Mainly a wood eater, but the clown pleco will eat many other things as well like yams, cucumbers.

Tank Region : Mainly the bottom or side of the tank

Gender : It is very hard to determine the gender

Profile and Photos by : Tom 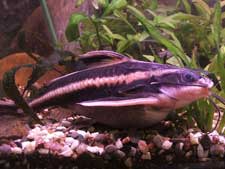 Striped Raphael Catfish
This is a medium to large sized catfish (up to 9 inches) that is very active. Being nocturnal, it comes out mostly at night, though they are known for getting adjusted to daylight.

Redtail Catfish
This catfish gets way to big for the majority of home aquariums. You're looking at a tank in the thousands of gallons here. Think large backyard ponds or leave them in the wild or public aquariums.