The Nothobranchius killifish come from East Africa. They are annual fish, meaning they live for around a year. This is because in the wild, their habitat consists of temporary pools. These pools are created by seasonal rains and dry up when drought comes. Thus the fish die having left behind their eggs buried in the river/lake bed. During the dry period the eggs develop and when the rain returns, filling up the pools again, the embryos hatch. 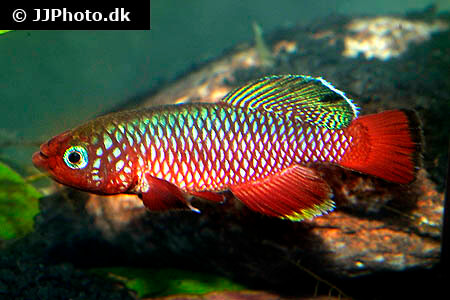 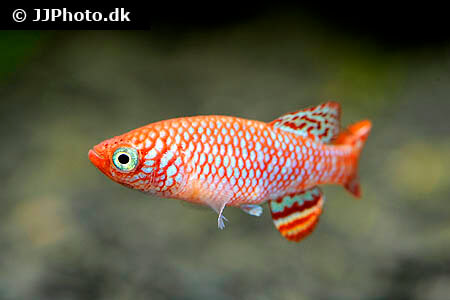 Because of the unpredictable weather, the fry grow fast, reaching maturity within a few weeks and reproduce. Not all survive but this does not end the population. The eggs go through several distinct stages in their growth, including resting periods called diapause. Some of these embryos will either stop for a while, or at least slow down significantly in their development. Because of this some will not be ready to hatch for some time after their siblings and in this way there are always eggs ready to hatch whenever the rains come. 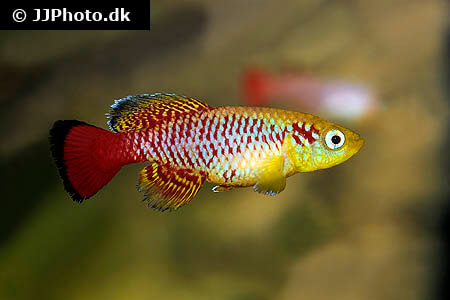 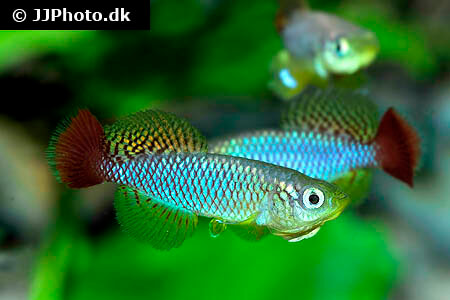 The descriptions on these fish vary greatly. As a general description goes, they have slightly compressed elongated bodies with the anal fin and dorsal fins set well back and wide caudal fins with a round edging. Their coloration varies from pink, white, silver, maroon, red to orange, yellow and many other colors. The East African annual fish are thought to be one of the most beautiful fish in the world. More often than not, the colors are combined, creating beautiful coloration. Among the different varieties of killifish there is the, Guentheri from Zanzibar Island, rachovii from Mosambique and the Eggersi from Tanzania. 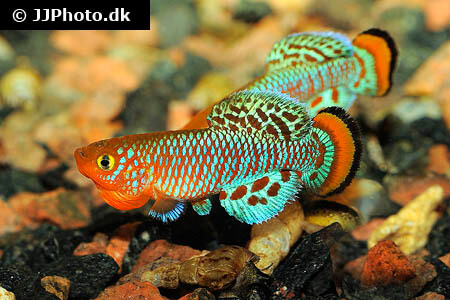 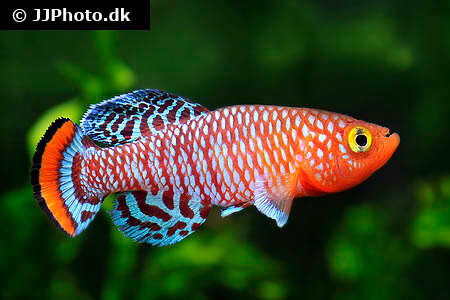 The Nothobranchius killifish prove to be interesting to fish hobbyists. Caring for the Nothobranchius is not all that hard but they do require a little extra attention than the common Aphyosemion Killifish species.

A minimum aquarium of 10 gallons (37.8 liters) is required for every three fish of any of these species. They prefer soft water, with a pH of 6.0 to 6.5 and a water temperature of 70-80 F (21-27 C). Decorations, including live aquarium plants and rocks, set up in a way that would provide shelter when needed helps in making an ideal home for these fish. 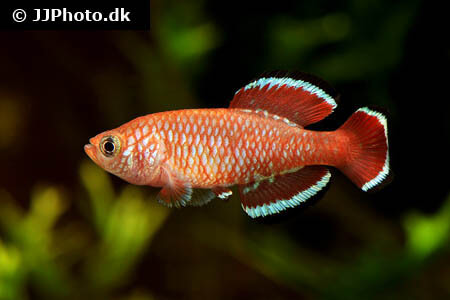 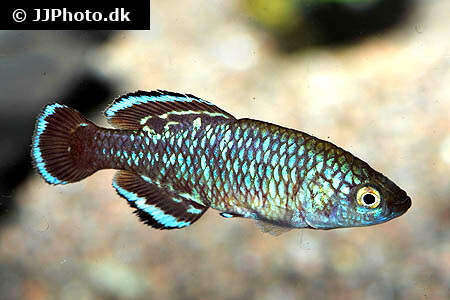 They are considered to be peaceful fish and can be kept with other killis as well as other fish that tolerate the same water conditions. More than one male is not advised to be kept in a 10 gallon aquarium as they tend to fight. If more than one male is to be present in the aquarium then it should be 20 gallons (75.7 liters) or more. The fish of the Nothobranchius species grow between 1.5 - 2.5 inches, depending on the specific species.

A wide variety of food is accepted, although small live food, like brine shrimp and grindal worms is much more preferred.

To identify the genders, notice that the male is the more colorful one and the female is more of a silvery colour or sometimes, with less colour and duller than the male.

To breed them, try and imitate their natural habitat the best you can. This, as in other fish species, helps encourage spawning. Using peat for substrate in the aquarium, they will breed and bury their eggs in it, as they will with mud that is used in the wild. The pair will dive in to the substrate and the male will press the female against a hard surface of the peat, in this way releasing the sperm and eggs. This process will be repeated a couple of times within a few minutes, resulting in hundreds of eggs being laid. The peat should be taken out and left to dry. Not too dry or the eggs will die, just enough to leave the peat damp. Thereafter place it an air tight package (so that it cannot get any dryer) and leave it to stand for about three months. 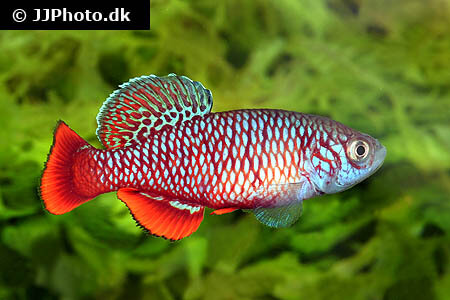 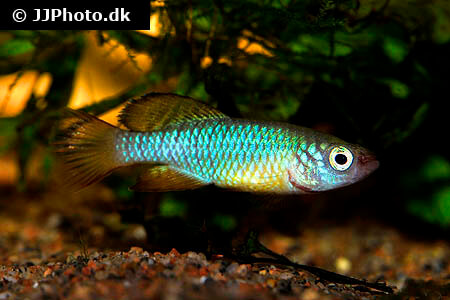 By doing this you will be mimicking the drought period in their natural habitat. It is in this dry period which the killifish eggs will develop. When the "drought" is over the aquarium in which the fry is to be raised should have peat for substrate and java moss for cover. The peat should be kept wet in the tank for a week or so and whatever fry it contains removed. The peat should again be taken out and dried for a week. Thereafter wet again for a week or so and by this manner the process should be repeated until you are positive that there are no eggs left. It takes a long time and can be a hard process. Any questions can be put to Tom on the Fishlore forum.

Origin / Habitat: Africa - Malawi, Mozambique, Zimbabwe and South Africa. They live in small pools that come with the rains.

Temperament / Behavior: Can become territorial with males of their own species, but are usually peaceful with most other tank mates.

Tank Mates: Other similarly sized fish species that are have similar water requirements.

Diet: A variety of foods should be offered including brine shrimp and grindal worms.

Disease: Nothobranchius sp. are heavily infested with parasitic flukes in the wild, so quarantine for all new arrivals is recommended.