Hi everyone! It's such an honor to be spotlighted here! I've learned so much from Fish Lore, you all have been wonderful and so helpful to me when I literally knew nothing about fish!

I really got started with fish keeping in November 2008. I got a free goldfish from the Student Government, apparently they thought it would be a good idea to hand them out for free in bowls. He died shortly thereafter, and I decided to get my first betta, Billy. To make a long story short, two of my friends got females to put with their males, so I ended up with two girls, then added a third to try a sorority in my ex's empty 10 gallon. That didn't work out, and I ended up separating everyone, which is how my MTS really got started!


As most of you know, I have quite a few tanks set up at the moment, and several that are empty and waiting for various items. For the tanks that I have set up I have: As for the empty tanks I've got All of my tanks stay at 0 ppm ammonia, 0 ppm nitrite, and usually less than 5 ppm nitrate since they are under-stocked for the most part. Everybody gets weekly water changes except for my 10 gallon community, which gets twice weekly water changes since it's a bit overstocked. Most of my tanks have live plants, almost all have java moss and the rest have anubias and java ferns. I don't have much of a green thumb but I've managed to keep those alive. 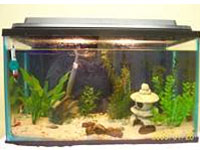 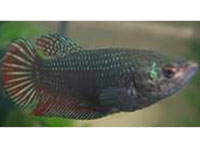 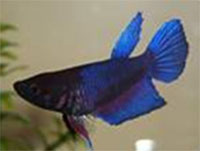 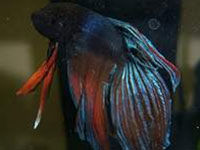 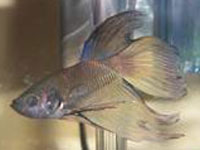 Future Plans (aside from the waiting tanks)

There are SO many fish that I want that it's hard to keep track! I know for sure that I want a 125 gallon Oscar tank, a 75 gallon cichlid tank (Malawi Mbuna), a 30 gallon hex for a pair of angelfish, and definitely a 180 gallon Shubunkin goldfish tank. Some tanks that I've been going back and forth on whether I'll have the space and resources for are a 125 gallon discus tank, and eventually I hope to start up a saltwater tank! I also would really like to get rid of the 2.5 gallon tanks that I have now and upgrade to 6.6 gallon bookshelf tanks for my betta babies.


I'd like to thank my ex girlfriend, even though we aren't together anymore she still helps me with the weekly water changes on eight tanks (probably only because she loves Hera best)! I'd also like to thank my best friend in the entire world for telling me that I'm crazy to have so many fish, and everyone else for enabling me further!

Also, to the members of Fishlore, I'd like to thank all of you but specifically PinkFloydPuffer and CHoffman, Lucy, Shawnie, SteveAngela1, and Sirdarksol, for being absolutely irreplaceable, as well as ALL of the other moderators and Mike!