The Sparkling Gourami, or Pygmy Gourami as it is called sometimes, is one of the smallest members of the labyrinth fish family. The body of this gourami resembles that of a female or juvenile Betta and it's definitely smaller than we would expect in a Gourami. The reason why this tiny anabantid is called "Sparkling" is because of its coloration; his body and eyes appear iridescent under adequate lighting. 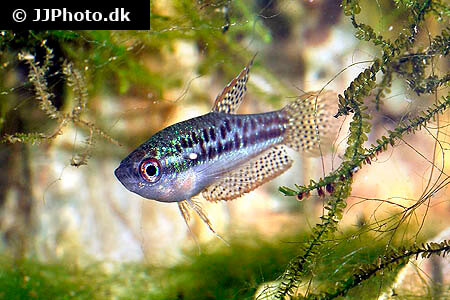 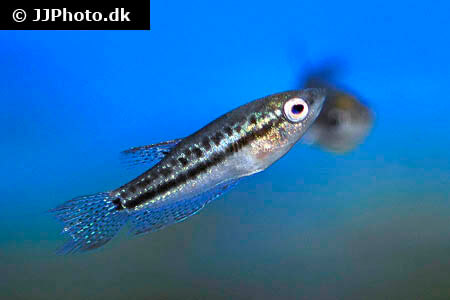 The sparkling pygmy gourami makes a great addition to any successful, established and cycled fish tank. The Sparkling Gourami is a delicate fish however, and even though it is easy to keep, water parameters should be watched closely. This tiny fish is a good candidate for a small tank, preferably well planted and with plenty of hiding spaces.

Because it is a shy little fish, it should not be kept with aggressive or considerably bigger tank mates. Contrary to the other types of gouramis, the Sparkling may be kept in multiple numbers in the aquarium with little aggression and does not require to be kept in schools. 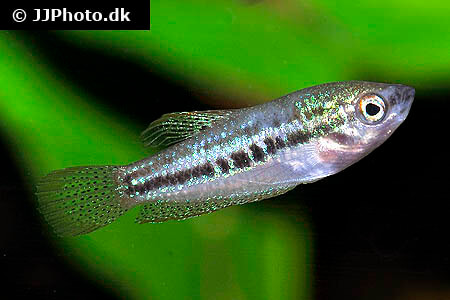 Care Level : Medium - Difficult since it needs a well-established tank with plenty of hiding spaces and non-aggressive tank mates.

Temperament / Behavior : Peaceful and often shy if not provided with enough hiding spaces and plants.

Aquarium Size : 5 gallons and above, the larger the better.

Breeding : Males will produce and guard the bubblenest.

Diet / Fish Food : Omnivore, but could use a veggie meal every once in a while.

Gender : The sex of the sparkling will become notorious during mating rituals, which are similar to those of other gouramis and bettas.