Hello! I am Shaina... a 20-something engineer. My family consists of my very understanding husband and our two dogs, 1.5-2 yr old mix breeds, whose pictures somehow make it onto tank photos from time to time.

Like many others, my interest in fish-keeping began when I was very young, with a much-loved but ill-planned tank my mother kept... a hodge-podge of tropical fish, bright gravel, and plastic plants in a 20 gallon tank.

My first venture into the hobby in my own right was in the form of an iridescent blue and red Betta named Cap'n Jack Sparrow who resided on my college dorm desk in what, according to the LFS people, was a veritable Betta palace: a 2 gallon bowl with a plastic plant and marbles on the bottom. Naturally, filtration and heat were not mentioned. Cap'n Jack managed to survive a year as the much-loved mascot of the floor before succumbing to any number of things. His loss meant I was out of the hobby for several years.

In the winter of 2007 I decided to get back into the hobby, and set up my 10 gallon tank with an old filter and heater I swiped during a visit from my mom's box of aquarium equipment past. I picked up three baby corys and four male guppies from my LFS, and everything was merry until the end of the first week when, predictably, I lost two of the corys. Terrified of losing them all, I turned to the Internet for answers... and found FishLore. My fish are eternally grateful for the day I registered.

The following spring I set up a 29 gallon fully planted tank... nothing like jumping in head first. That tank is a constantly evolving system, stocked with South American fish and plant varieties only found together in the tank of an experimenting newbie. The 10 gallon became a quarantine tank, and a new 10 gallon tank became a partially-planted Betta paradise for my dalmatian veil male Betta, who recently acquired a pretty Cambodian girlfriend on the other side of the divider (their love is strictly from afar). I set up a second quarantine tank, a 29 gallon, in order to facilitate the preparation for my latest project which has finally been completed... a 90 gallon semi-planted Central American cichlid tank. The last bit of stock is still being quarantined, but everything is up and running... and I'm looking forward to the day when the quarantines can be stored away. I think my MTS has finally outstripped my willingness to do water changes, Python notwithstanding! 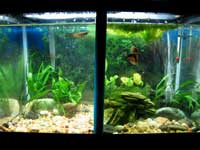 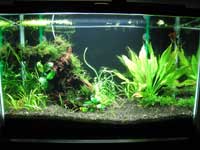 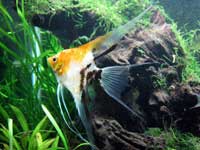 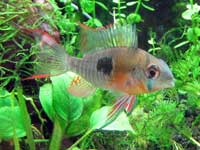 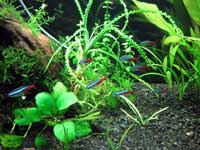 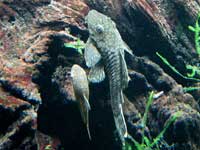 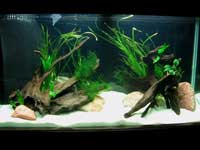 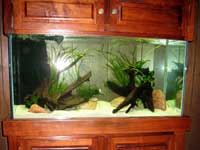 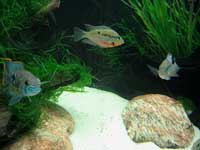 
First and foremost, I have to thank my DH... for his patience, his support through my MTS afflictions, and for lending his back to helping me move big glass boxes all over the house.

I would also like the thanks the FishLore community at large. While there a several mainstays to the community that bring incredible amounts of knowledge to the table, it takes the whole community to make this site the resource it is, and to help people like me go from an ignorant person who happens to own a few fish to a passionate hobbyist.