Introduction
Hi, I'm mosaicguppy or mosaic for short. I have always been fascinated with fish and started my first freshwater tropical tank in 2009, an Aqua Start 340 pro by Aqua One. I had kept cold water species before that without even knowing about the nitrogen cycle, so when I started the tank I listened mainly to the advice given by people working at pet stores. I started doing research on my own when all my attempts at keeping guppies in the tank failed even though they were considered hardy fish and that's when I stumbled upon Fishlore.

Since joining Fishlore, I had found fish keeping to be much more enjoyable. It was all quite confusing at first but I eventually understood the nitrogen cycle and how to stock a tank with appropriate fish. Even though I've lost fish a few times due to the mistakes I've made, I decided not to give up and continue to learn and gain more experience. I became interested in aquascaping, aquarium plants, snails and small fish such as endlers, small tetras and gouramis since becoming a member and love working with the small tanks I have.

Current tanks
Right now, the Aqua Start 340 pro is home to fancy guppies, a couple of young female endlers, red ramshorn snails and a variety of plants including java moss, lace fern and duckweed. The tank receives at least one water change a week with Prime and flourish comprehensive for the plants.

The other tank I have is a 15 gallon long which was set up earlier in the year for the 4 glowlight rasboras I originally had in the same tank as the endlers and guppies. They were moved and 4 more rasboras were added to make a total of 8. This tank is also home to a pair of honey gouramis, the male is very colourful and stands out against the plants. The tank currently has a large java fern, anubias barteri var, congensis, java moss, lace fern and a variety of small floating plants. This tank gets at least two water changes a week due to the amount of waste the fish produce despite their small size. 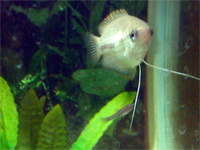 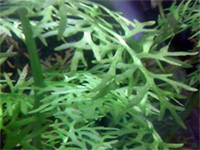 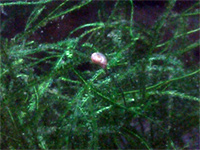 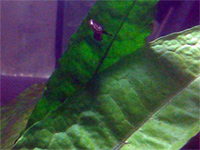 Future plans
I'm planning to add more plants to my tanks and maybe even have a go at growing the more difficult plants in my tanks. I'll certainly be making changes to my tanks in the future.

Acknowledgements
I would like to thank my family and the members on Fishlore. I have been able to enjoy fishkeeping thanks to them.