Hi, I'm Jeri, and I've been keeping fish for a little over 2 years as of 2012. Of course I had fish as a child, but like many of you, I did all the wrong things, because there wasn't a lot of information on how to do it properly. So, one winter day in 2010, my daughter and I were at walmart. She had been begging me to get a fish and for whatever reason, I gave in that day. We chose a blue veiltail betta, who we named fred. I bought a bowl and off we went. I started to wonder about bettas, so I went online and quickly found out a bowl was not a good idea. Shortly after I bought fred, I found FishLore. He lived for about another year with me until a mystery illness killed him. I still miss his little face.

Currently my biggest interest is natural planted tanks (NPT). I have found them to be very peaceful, easy and rewarding. This method is where you use some kind of soil on the bottom, I like miracle grow organic choice garden soil. Then you top the soil with either a fine gravel or sand. The soil will feed the plants, as will the fish waste/food. The plants will filter out the toxins produced by the fish. A balanced eco system is the result. Using a filter with this kind of set up is optional, but mild water circulation can be beneficial, especially in larger tanks. A few of my tanks are filterless.

My other project, has been my 75 gallon. After putting everyone in the 150 gallon I decided it was time for something totally new, something I'd not done before. I was tossing around the idea of mbunas, but in the end chose to go with South and Central American cichlids. I have a pair of pink convict cichlids, and 3 small firemouth cichlids. I'm looking to add a rainbow cichlid as well. I've not even had them a week, and already they are showing great personality. I'm excited to see them grow! I can see why people really like keeping these kinds of fish.

I am not a big water tester. Occasionally I will test for ph, gh, and kh. But I've not tested for ammonia, trites or trates in a long time. Mostly because I keep the tanks clean and rely on my experience and knowledge of the nitrogen cycle plus just observing the fish.

As far as who I'd like to acknowledge in supporting and inspiring me in my fish keeping journey... my husband, all of FishLore, Fred the fish, Diana Walstad and my Daughter. Thank you all, I would not be where I am today if it weren't for you. 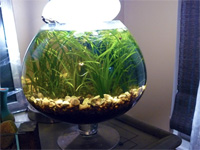 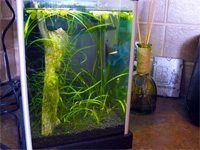 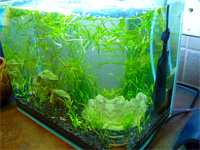 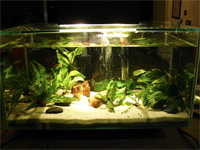 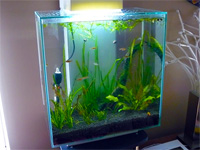 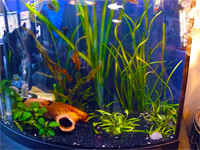 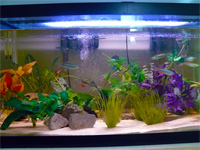 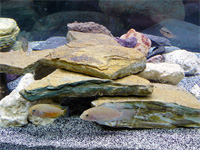 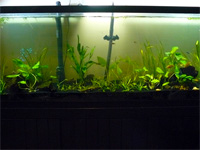