I was just feeding my fish when I noticed a large white growth on the back of one of my Corycats, and I became really concerned... It doesn't look anything like ich and I don't know if it's something that might be contagious to my other fish. The fish is swimming around like normal and isn't acting out of the ordinary... in fact it's pretty active.

My tank is 20 gallon high at 74.8F, with 5 cory's and 5 danios. I just had my water checked at my local fish store the other day and the lady told me that the parameters were fine. She said it was just the ammonia that was a tad higher than usual, but it was nothing that would harm the fish.

I don't have an emergency hospital tank, so I don't have a way to take it out and separate it from the other fish if it is contagious. Has anybody seen this before? I'm kinda freaking out!

Here are some pics; sorry for the poor quality/sideways angle. 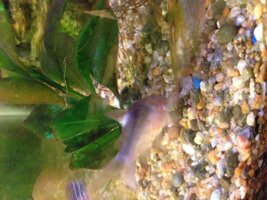 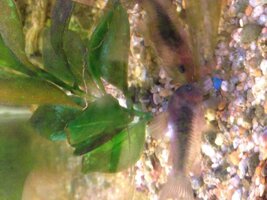 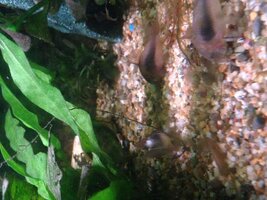 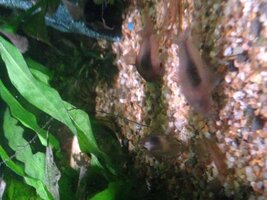 Hello! First off, does the white spot look fuzzy? If so, it's a fungus. You can treat that with a regular fish antI fungal. Second, it is crucial to have your own test kit at home for a variety of reasons: convenience (no need to drive to the petstore), accuracy (paper strips are notoriously inaccurate), precision (with a more accurate test kit, you know what your water perameters are exactly). I, as well as most FL members, highly recommend the API Freshwater Master Test Kit ($20 on Amazon). Get one of those as soon as possible in order to help your fish get better.
OP

Thank you for your reply. It could possibly be fungus; the edges look sorta fuzzy, but I can't completely tell. I have Pimafix in my cupboard, so I'll try it out and follow the dosage for a week. I really hope it works!

Though this looks a bit bigger than ordinary I have seen this more often.
Strangely always on C.Aeneus (bronze / albinos) not quite sure what is is, but doesn't seem to be contagious and does seem to dissapppear on its own.
Noticed another with a ragged / missing fin btw !!
Share:
Facebook Twitter Reddit Pinterest WhatsApp Email Link