She was previously in a 10 gallon tank which was divided in half. She was doing fine- swimming actively and very interested whenever I come to feed her.
But just 2 days ago- she became inactive refusing food. (Frozen BloodWorms)

In the other half is my male Koi, which is active and all.

Then yesterday I moved her to a sorority tank. She’s fine in there. she is a bit more aggressive flaring here and there, but no real fights or torn fins and such. Still - she didn’t eat and remained under an IAL. This morning she seem the same. Then now- fast forward 9 hours later , and there are white dots on her ;-;. Any ideas as to what it is..? She is still refusing food. Flares here and there. But just isn’t as active as she usually is. 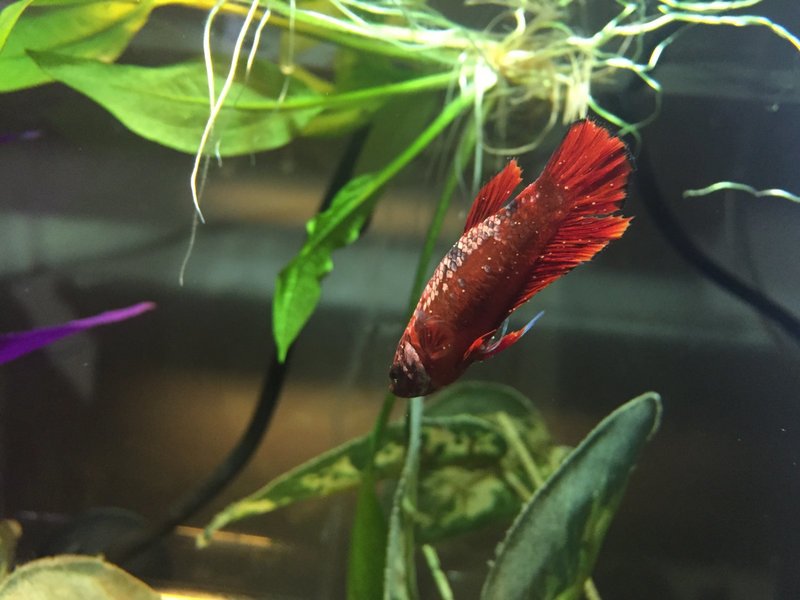 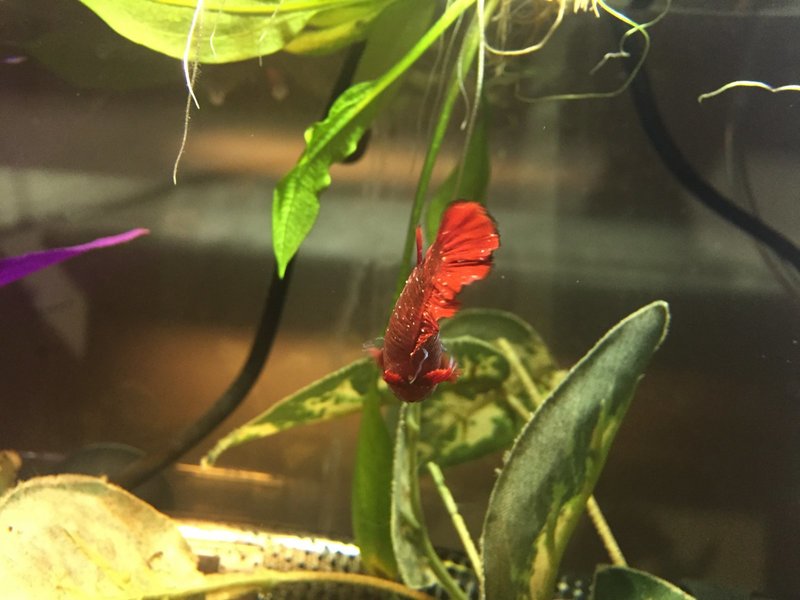 That looks like Ich. Which I am current dealing with my betta as well. Another user has been helping me.

There’s also a sticky on the forum regarding treatment for Ich.

She has ich, a very contagious protozoan parasite. I like using the heat treatment for this disease. Simply up the temp to 86-88F and leave it there for a couple weeks. Do a few extra water changes+gravel vacs and add some extra surface movement to keep the water oxygenated.

Seeing as she was in 2 tanks with other fish don’t be surprised if they also get ich.

It is indeed ich. However, I'd personally use medication and get it done and over with in a week or less, instead of dealing with heat treatment for 2 weeks--especially with one as badly covered with them as yours is. Also, some ich parasites are heat resistant. I use Kordon Rapid Cure.
OP

Thank you guys!
Unfortunately, you were right, my male is starting to display such behavior as the female. I've risen the temperature slowly to 87.

How often should I do water changes? Also--
How does Ich even occur?

scarface said:
It is indeed ich. However, I'd personally use medication and get it done and over with in a week or less, instead of dealing with heat treatment for 2 weeks--especially with one as badly covered with them as yours is. Also, some ich parasites are heat resistant. I use Kordon Rapid Cure.
Click to expand...

For the female, I'll try to use medication instead. Where would I get Kordon Rapid Cure?

Some medication will tell you when to do water changes.
I used "Marineland Ich Remedy" Seems to be the same stuff as you want. Got it at any local petstore.

KOIiiii said:
How does Ich even occur?
Click to expand...

It usually happens if you introduce anything new into your aquarium from an ich infested tank. Any medication containing malachite green should be effective for treating parasites.
OP

Update:
Unfortunately when I got home, she have pass. She was a beautiful Koi.