Question When would angelfish show their tube?

If I got a pair of angelfish,what time can I see the tube before they lay they egg?
I also wanna know if my female fish was pregnant, how long would it take before angelfish lay egg? 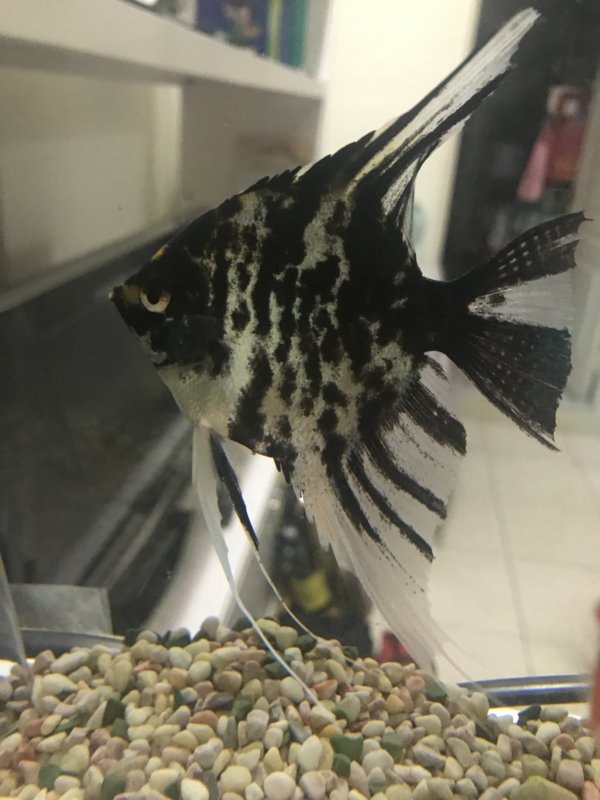 and this is my angelfish.Is it pregnant?

Well, with egg laying fish...once they're of breeding age, and if they're fertile (and there's no genetic malformity to where they can't produce eggs) than they're kinda, always carrying...at that point, it's up to you as the aquarium keeper to prime the environment and the male angelfish as a good carrier of genes to promote the female into breeding.

and according to google, breeding age is between 6 and 12 months old but, I would say for sure closer to about a year and a half. and as for broods, they can spawn every 7 to 10 days if the previous eggs are removed (which...if you're new to breeding angels you probably don't want to do just yet).

As far as venting them, they usually won't show their vent unless they're trying to spawn.

I think the better question you are trying to ask is, I want to breed angelfish, I just got a pair, how do I get them to breed?

Well first thing would be, are you SURE you have a pair. Young angels can be hard to sex, the way I know other than venting is to look at their heads. If you have one (and this one does look female) that's slanted straight down, its a female. If your other has a slight, hump on his forehead or, a noticeable lump before his nose, its a male.

if you just got them, than they're still settling into their new home and may not feel comfortable until the first few weeks. At that point I'd still let them settle, make sure they're acting healthy and once you feel they're ready to spawn, you can start feeding higher protein foods (like frozen bloodworms or mysis shrimp) and doing frequent water changes. In doing this, you're simulating the spring time rains - when additional food sources get washed into the river and the river floods and displaces water at a faster rate. This should help prime them into breeding instinct.

For angels, some people use a terra cotta breeding cone. Anything that is flat and smooth and sits up higher off the bottom of the tank will do as a medium for them to lay their eggs. Angels will only lay eggs on clean, flat, smooth surfaces (you'll see them pecking at their chosen spot before they lay their eggs - they're cleaning/prepping it). Live plants with broad leaves like some swords work well for this.

The female will lay the eggs and the male will fertilize them, the females do not carry developing fry like how livebearing fish do. If fertilization went well, your eggs will continue to stay clear for the next 2-3 days and you'll start to see tails growing from them. In the next week, you'll have free swimming angelfish fry. If fertilization did not go well, the eggs will be infertile and will turn white/yellow/creme. You may have some white eggs amongst the clear ones, this is okay.

Once they're free swimming, they can eat and fend for themselves. At this point you can remove the fry. (ensure the water parameters/quality/filtration/temperature is the same between the two tanks. Fry are extremely delicate at this time and a large difference in ph, ammonia, nitrite, or temperature could spell trouble for the entire brood (from stress caused by transfer). If you try to leave them in the tank with the parents to grow out, ensure you're providing PLENTY of hiding spots and feed your adults well and often.

First time fishy parents often don't understand the process themselves yet, and may cannibalize their eggs or their fry once they hatch - they're still learning what to do, and it can take a brood or two before they successfully defend and rear their young. (Angels typically defend their young, but they will turn around and eat them if they feel threatened in their environment, are hungry, or flat out new inexperienced parents.

I may be mistaken but isn’t the tube visible in the pic? I don’t keep angels but I have discus and they apparently are similar in many aspects.

H Farnsworth said:
I may be mistaken but isn’t the tube visible in the pic? I don’t keep angels but I have discus and they apparently are similar in many aspects.
Click to expand...

Well, it could be visible. Honestly, its a lot easier to vent the male than it is the female by just looking at them. But when they're breeding or trying to spawn, its VERY obvious because the female's vent will jut out and will be obviously blunt. whereas to just look at the male, the vent is going to always be slightly erm...pointed or slanted, however you look at it, the females might appear similar because it's not protruding. Id say the one you have there is female as my guess. but I can't be sure.
OP 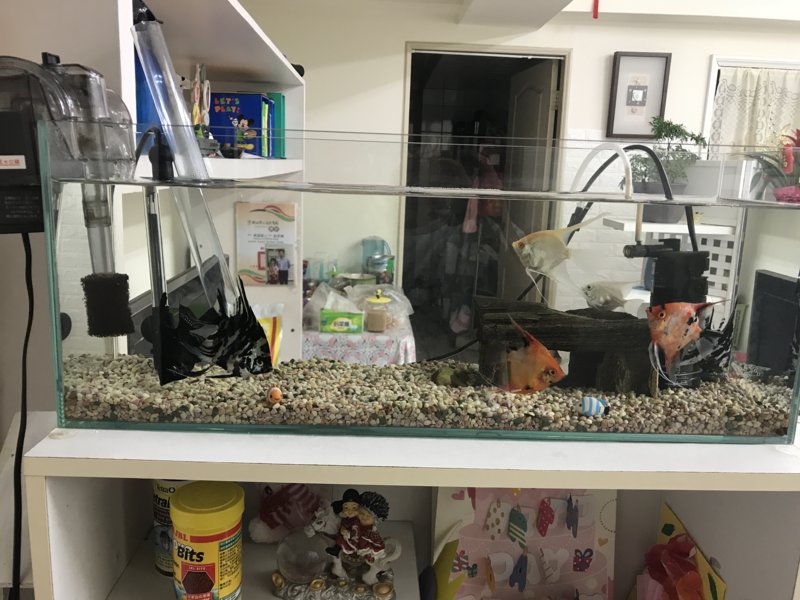 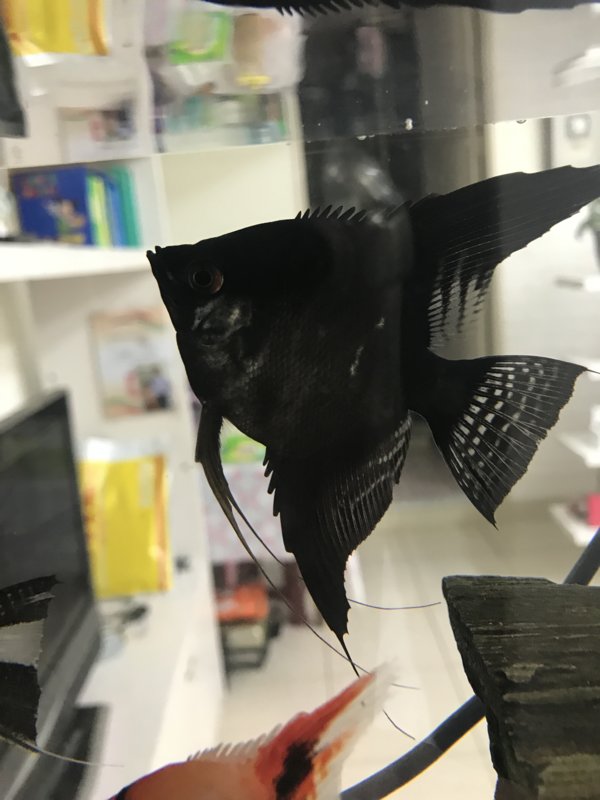 H Farnsworth said:
I may be mistaken but isn’t the tube visible in the pic? I don’t keep angels but I have discus and they apparently are similar in many aspects.
Click to expand...

I think you’re right. In the first picture of you zoom in it looks like you can see small skinny tube on the marbled. The black angel I do not see anything obvious.

Here is a link to a good post on this site about
How difficulty it is to sex and good examples. Based on this it looks like a male because the tube looks to be skinny vs a female that should have a wider breeding tube.

i‘m not an expert by any means but that is my guess!