What to put with Firemouths

Since I have said I believe Thorichthys Meeki are near the bottom on aggression levels with Central American cichlids I thought I would show a pic of who mine happen to be sharing the tank with at this time. Its just a standard 55. Right now they are in with some Sword Tails and I also use this tank to grow out fry in once they reach about an inch. This may or may not work for everyone, I just hate seeing when people say T. Meeki are so aggressive they should be kept alone. 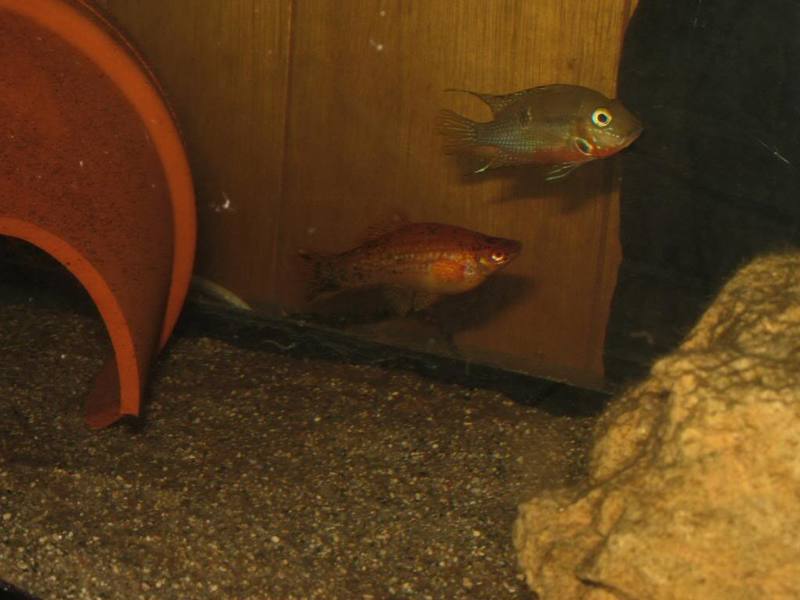 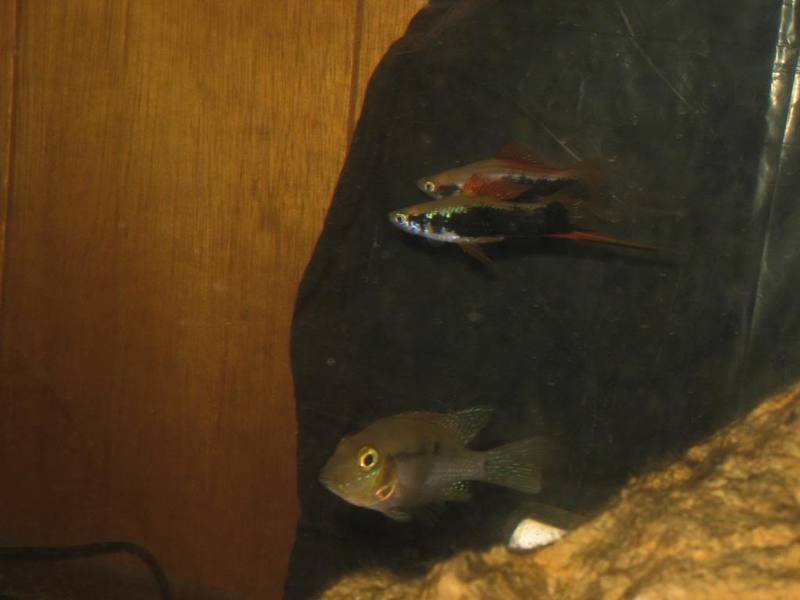 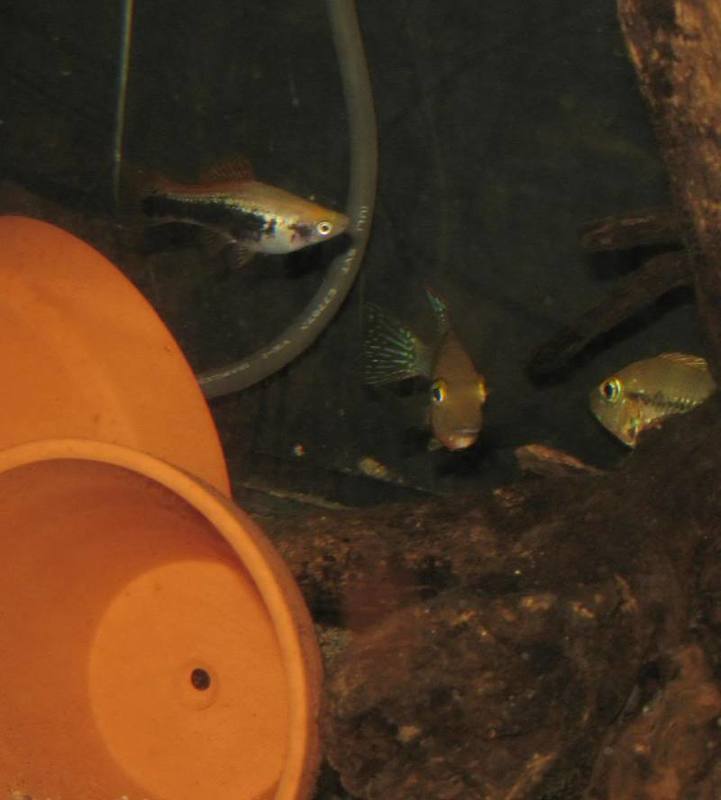 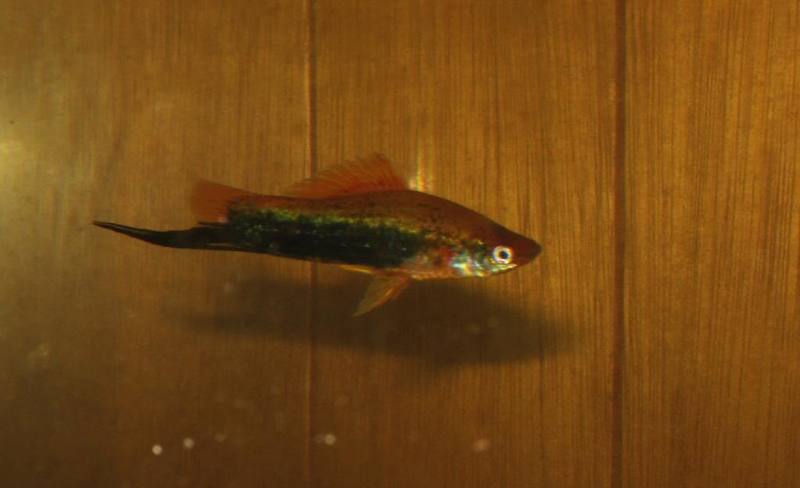 I might as well add this guy here also since the Thorichthys area is limited to T. Meeki only. 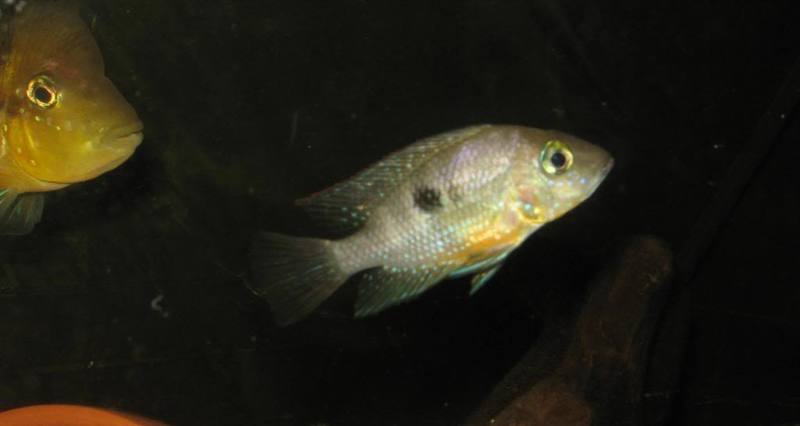 Once your firemouths are full grown won't those 1 inchers fit right into their mouths?

Treefork said:
Once your firemouths are full grown won't those 1 inchers fit right into their mouths?
Click to expand...

They could eat them now if they decide to. The whole point is people like to say how aggressive T. Meeki are, and by cichlid standards they are not that aggressive at all.
As the T. Meeki grow it is actually easier to make areas that the smaller fish can get into which they can not.

Good post Brian & I agree 100%. Firemouths are undeserving of the highly aggressive tag that many people give them. They will be defensive if they are breeding but I've never seen a Firemouth attack another fish. They are fantastic to put with many of the standard tropical community fish that people keep & they are also great tank mates for Geos, Keyholes & many of the other SA/CA cichlids that people place in the peacefull category.

Mine was a nightmare! I'm glad others have had better experiences with them. Mine was a cool fish, but the tank became a cichlid and loach tank after he ate all the dither fish... lol.

harpua2002 said:
Mine was a nightmare! I'm glad others have had better experiences with them. Mine was a cool fish, but the tank became a cichlid and loach tank after he ate all the dither fish... lol.
Click to expand...

Harpua, maybe you didn't have a big enough school.

harpua2002 said:
Mine was a nightmare! I'm glad others have had better experiences with them. Mine was a cool fish, but the tank became a cichlid and loach tank after he ate all the dither fish... lol.
Click to expand...

Some are, but generally they are not an aggressive species.
The reason I posted these pics mainly was because of my comments in another post which was.....

With aggression, like I said before they are an aggressive Geophagus, but don't read into that too much as Geophagus are not an aggressive species. Now when I say not aggressive let me try an explain as best I can with my opinion.
Cichlids are aggressive fish, all of them at some level. But they are all different. And all individual fish are different, in a certain species that usually is pretty laid back you could get a fish that is just a terror, so there are exception to everything.
The problem when aggression is talked about in cichlids, and I will keep this to South American and Central Americans, is people say such and such cichlid is so aggressive but really compared to other cichlids they really aren't all that aggressive at all. And in a tank that is set up properly in these mildly aggressive species you can eliminate most aggression altogether. Lets take two species that are talked about often, the Green Terror (Andinoacara Rivulatus) and the Firemouth (Thorichthys Meeki). Neither is really that aggressive when compared to other SA and CA species. I would say the GT is in the lower middle level of aggression and the Firemouth near the bottom. Again remember the exception, you may get one that kills anything but that is the exception not the norm. And you can't put GT's in a 40gal tank with guppies and say oh my gosh they are mean and ate my guppies, 10 out of 10 times they will. You set yourself up to fail from the get go. Can you breed GT's in a 40gal, of course you can. That's another thing when talking about breeding something you aren't talking about full sized fish, Like the GT's they will spawn at 5" so a 40gal is actually perfect for them to spawn in at a young age. Do you want them in there forever, probably not, but I will say this if you started a PAIR in a 40gal chances are you can keep them in there for a long time, because a bonded pair is a lot different from a male and female you hope to spawn. Once a pair spawnes they bond and with SA/CA that bond is very strong in most species and once it is there you are set. And in some species once the bond is broken, say one of the pair dies off, some species won't pick a new mate. Am I saying a 40gal tank is the ideal tank for a pair of GT's, no, but this theory of them being monsters and needing a 90gal tank is silly at best. Would I take two 5" GT's that never have been together and throw them in a 40gal to spawn again no because the bond is not there and one should be dead by morning. Now with the Firemouths I really don't get the rep given to them. I guess I would call them a docile cichlid. Again we are assumming with both of these that the tank had been set up properly and maint and so on. Firemouths are 95% show and 5% bite meaning they will flare there gills and chase fish off but normally that is it. Do they kill other fish, of course, will they kill fish that should be housed with them in a properly set up tank usually not. You could do a 55 gallon tank with Firemouths and mollies IF done properly. I mean if these guys are so bad and tough what sized tank would an Amphilophus species or a Chuco species or a Cichlasoma species need? 500-600 gallons good lord no. Again this is just my opinion, right or wrong, on aggression with SA/CA cichlids. They aren't monsters that need ponds to house them, but they do need a properly set up aquarium with the right species mixed in.
You must log in or register to reply here.
Share:
Facebook Twitter Reddit Pinterest WhatsApp Email Link
Toggle Sidebar