What to do with frog bit

A friend gave me some frog bit from their pond. He also said there might be bull frog eggs on the leaves.

:shock: Ok, well, I don't need bull frog tadpoles in any of my tanks.

So, what to do with frog bit? Here's what I did. Don't laugh.

I put it in a planter and added an small fountain pump I had lying around.
The pump started to suck up the roots of the frog bit so I set an old fish bowl over it for now. The bowl had been left outside over the winter and the bottom broke cleanly off.

Anyway, here it is: 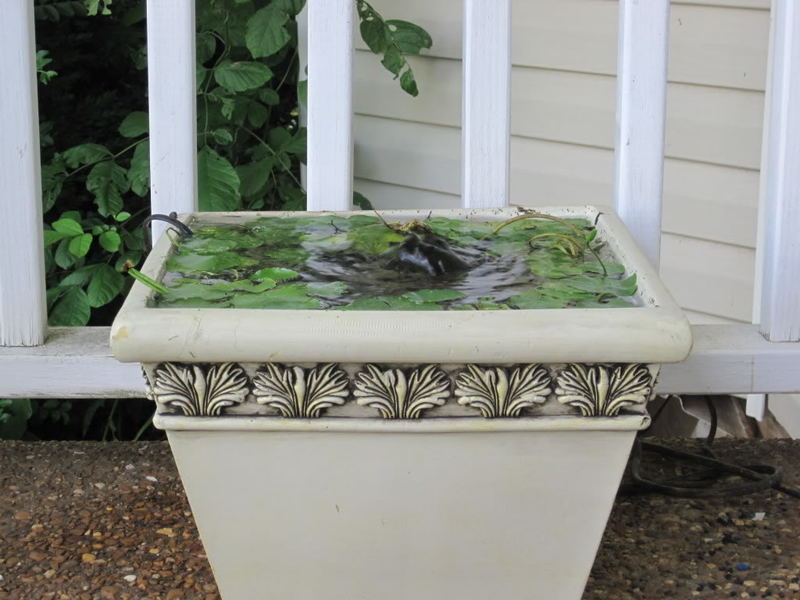 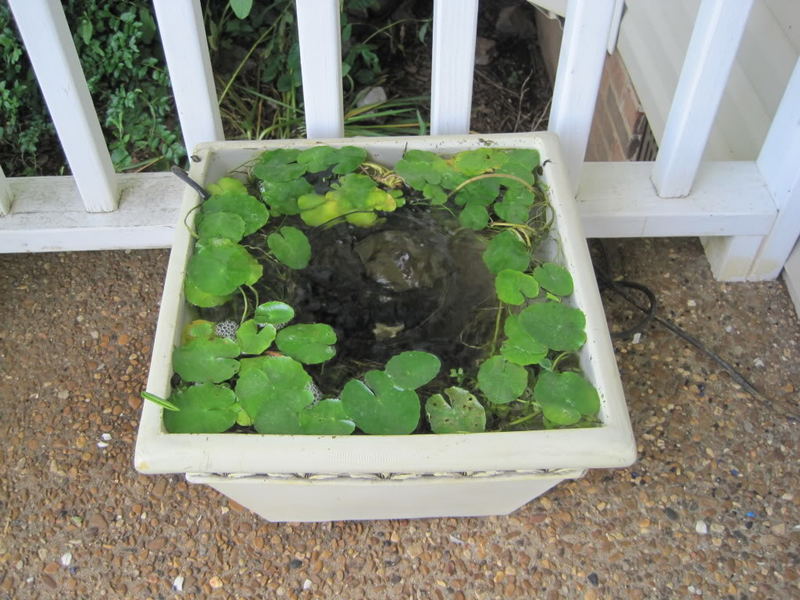 No tadpoles, but there's quite a few snails.
There's also something else creeping around in it, like a slug or a leach (ew) or something. I'll try and video it and make a new thread in the ID section.

Ok, now you can laugh.

No laughing here. That's a cool idea. Pehaps you can really set it off by having a dracaena or something growing out of the pot to.

I like it too Lucy and I think it would be pretty cool if you did get some little froggies to hang out there.

lol, thanks!
Great idea Nutter. I think it needs something tall in the center to set it off.

Aquagirl1978, I wouldn't be surprised if some found their way in. They sure are a chorus here at night!

I'd love to laugh, Lucy, but I can't. That was an awesome idea and it looks beautiful!

Thanks everyone. I'm enjoying it.
I'll get out one day and get a smaller globe to go over the pump so the plants can fill in the center a little more.

That's awesome Lucy! Are those banana plant leaves? If so I bet it blooms for you since it's outside
Carol

Thanks Carol I was told it was just frog bit.
That would have been pretty cool though.

Lucy said:
Thanks Carol I was told it was just frog bit.
That would have been pretty cool though.
Click to expand...

The only Frog bit I've ever seen was small leaved that's why I asked. Maybe growing in your neighbors pond it got bigger. I love the container idea
carol

I thought frog bit was small too, could be the pond thing.
If it blooms, I'll let you know

Lucy said:
I thought frog bit was small too, could be the pond thing.
If it blooms, I'll let you know
Click to expand...