Question What The Heck Is This Illness? I Can't Id It.

HI guys! I've been researching and I can't seem to find a visual that matches what's going on with my boy. It doesn't quite seem like usual fungus, nor ick. He's still super responsive to my presence, still aggressive with food and any type of reflection. But he rests at the bottom of the tank in a way he hasn't before. And he's itchy. Rubbing up on things.

Firstly, his environment. He's in a one gallon hex, filled to the widest, so a half gallon of water. I do a water change every 5-6 days. He has a "betta bed" and a plastic plant for some cover. I use Prime conditioner and adjust Ph with every water change. He's rejected most pellets, so his diet is primarily frozen blood worms, fed with tweezers, 4 in the AM and 4 in the PM. He likes to jump I've finally found a pellet he'll eat, reluctantly. "Hikari" brand. I've had him for six weeks, and have been cycling a ten gallon planted tank that's finally ready for him. Except now he's not well and I don't want to put him in, in this condition.

He developed these symptoms within the last two water changes. His bowl got much dirtier than usual this round, perhaps from the introduction of pellets? Is he spitting them all out an hour later?

With today's water change I netted him and held him in a cup of the separate, cycled aquarium water, while I cleaned his bowl. So there's no old water this time. I tested his old water for all 7 parameters. The only thing present was lightly elevated ammonia, as expected. Everything else from pH to hardness checked out. I keep his hex pressed against the new heated tank, to stabilize the temperature. The bowl is in the 70's every time I check it. I thought this method would be safer than getting a crappy bowl-heater. I left the plastic plant out this time, to remove a variable.

I just can't find a **** picture that looks anything like this. I'd really appreciate any ideas, tell me what I'm doing wrong?! I know I should have had a proper tank ready before I brought a betta home. But I went to PetSmart to get cat litter, and I see this sparky, vibrant, black orchid crowntail amongst a bunch of dying bettas and I had to take him.

I've included a picture of when I first brought him home, one three weeks later, and one today.

I gave him his first pea today. Thinking maybe too much meat and not enough veggies. The one in the picture he couldn't eat because of the hull. After the water change I gave him half of a hulled pea and he ate it in one huge bite like a maniac.

Thank you in advance, I just love this dumb fish, he's the best 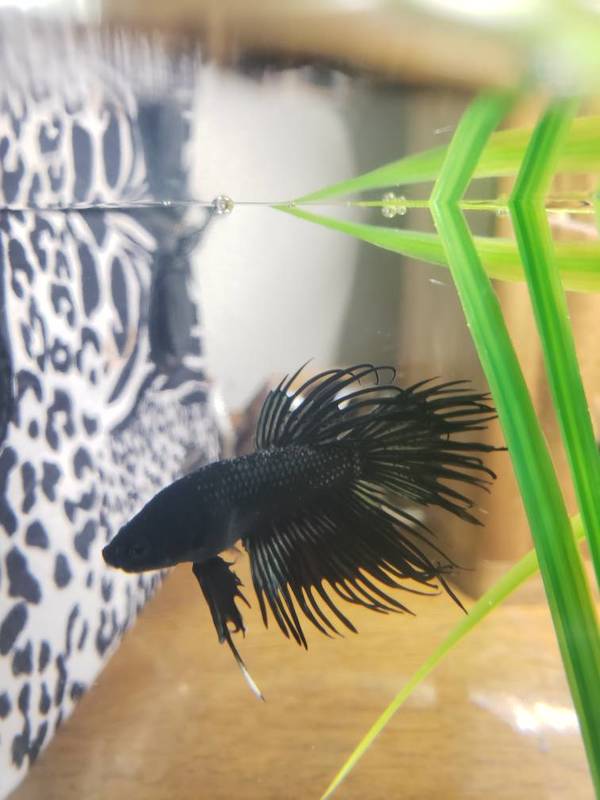 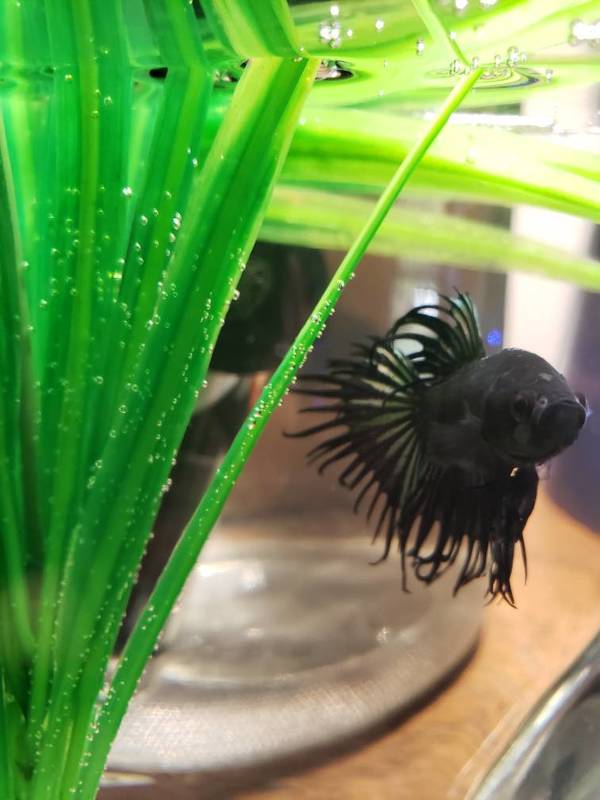 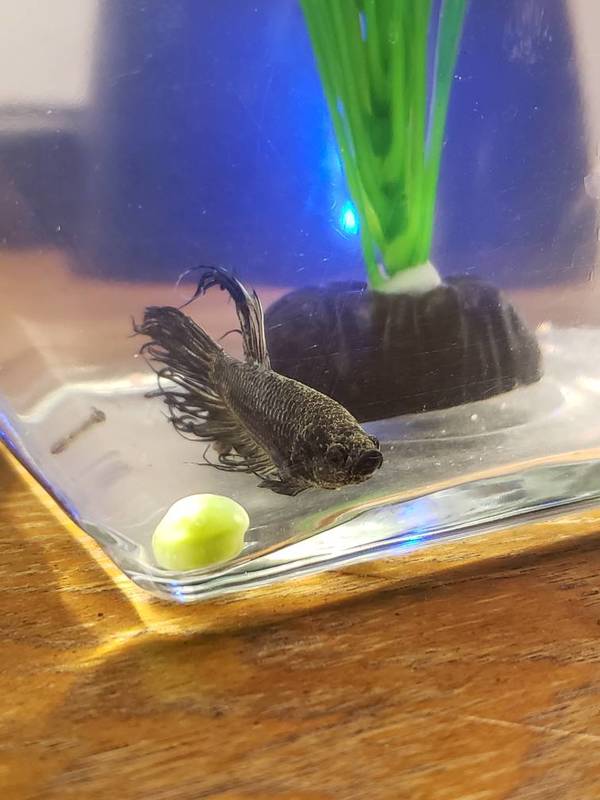 I think that’s velvet, treat it as you’re treating for ich. Use any medication that includes formalin and malachite green(ie rid ich plus, not aquarium salt).
OP

Thank you Bryangar! Any idea what I did to cause velvet?

Smokey3737 said:
Thank you Bryangar! Any idea what I did to cause velvet?
Click to expand...

Probably a mix of keeping him in half a gal, water changes every 5-6 days, adjusting Ph(using Ph down/up?), temp in the 70s aka unstable conditions.

He definitely would’ve done a lot better in a cycling tank(with heater and filter) than that bowl. But it already happened time to start treatment.

I agree with bryangar, this is velvet, and I don't really know the best of methods to cure it, but it looks like he has given you great suggestions.
OP

I treated him with malachite green and water changes every other day for a month. It helped a lot but the velvet never totally went away. I finally took the risk and him in the cycled and heated ten gallon with neons. The velvet was gone within 24 hours and never showed up anywhere else in the tank. It's been about four months now. Thanks everyone!