What Exactly Is Bb?

Member
other than convert nitrites into nitrates, what else does BB do? Any fish benefits? 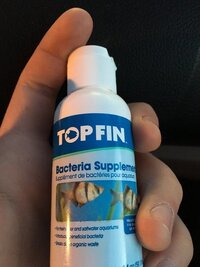 Member
there are two colonies of BB

one converts ammonia to nitrite the other converts nitrite to nitrate.

put simply, your fish poo. that poo breaks down into ammonia which is toxic to fish. imagine breathing your own poo.

one type of bacteria eat the ammonia. those bacteria then poo and create nitrite. nitrite is also very toxic to fish.

a second type of bacteria (nitrobacter) start growing. these guys grow more slowly but they eat nitrite. when nitrobacter poo, they produce nitrate. nitrate is less toxic & perfectly safe for fish until it gets higher than 20-40 ppm.

All About Endlers Livebearers Care, Class And More!