Well Neptune was all alone... 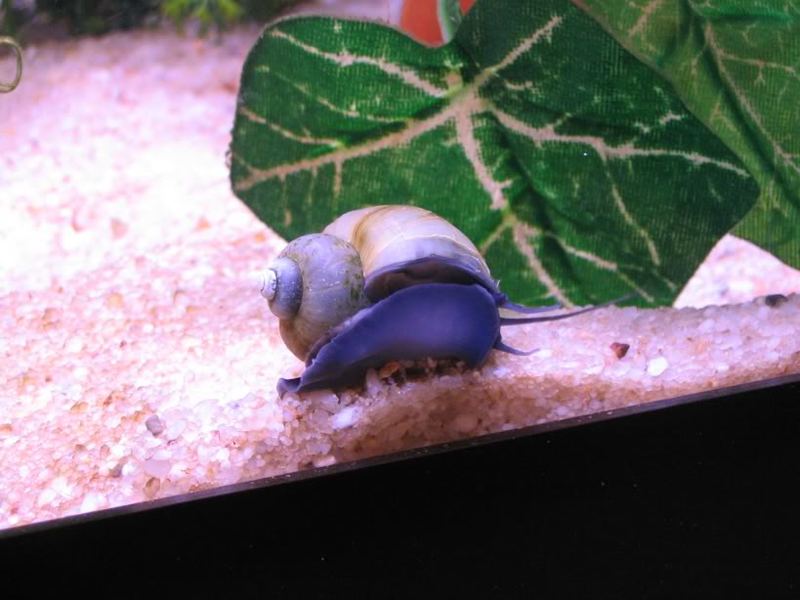 Is that a mystery snail? We don't get those that are that pretty around here!
B

Elodea-yes that is indeed a mystery snail.

Once I got him home and acclimated him he parked himself on the side of the tank for hours, until I turned out all the lights. Once the lights were off, he started prowling around, and is now happily munching on a leaf of spinach I put in there for him.
OP

Ok snail gurus, I have a question.

I actually purchased 2 that day. One was for Merlot's tank. I knew I was probably pushing it bioload-wise, but thought I could get away with it because of the tank size and the dense fast growing plant I have in there. The other of course, went in Neptune's tank.

The one in Neptune's tank behaved as I expected, and was sedentary all day until I flipped off the lights. At that point it went right for the spinach leaf, and this morning looks like about half of it is gone. He also found a new place to "park" for the day, in the shadow of some deco.

The other one though is a little different. Instead of pasting himself on the side, he ended up burying himself partway within the substrate. I didn't think much of it at the time, and thought it would be ok. Well, regardless of my plans with that tank, I ended up removing him and putting him in the tank with Neptune and the other snail; because Merlot was a bit too interested in him for my comfort. So to be safe instead of sorry, I took him out this morning, and put him in the bigger tank. Now, I expected once Mr. Evil Betta was no longer around, that he would also find a place to park on the side, like the other one. But instead, he once again just buried himself in my substrate!

So my question is... is this behavior "normal" for a mystery snail? I was under the impression that they might rest during the day on the sides of the tanks...not under the substrate. Or is this particular little guy perhaps a bit more shellshocked than the other? The one in the pic has settled into a routine already. He is eating and pooping quite nicely, and I've always held that to be the best sign of health. But the other.. is just acting strange to me. Or is it not so strange?

Any advice is appreciated!

Here is what the golden one has done to himself: 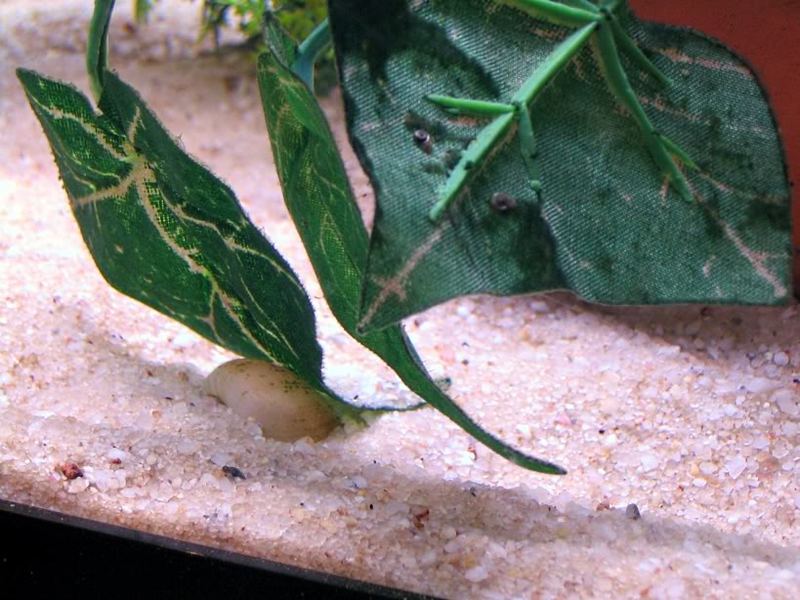 And yes, because I couldn't resist sharing...this is Neptune tasting snail poo. 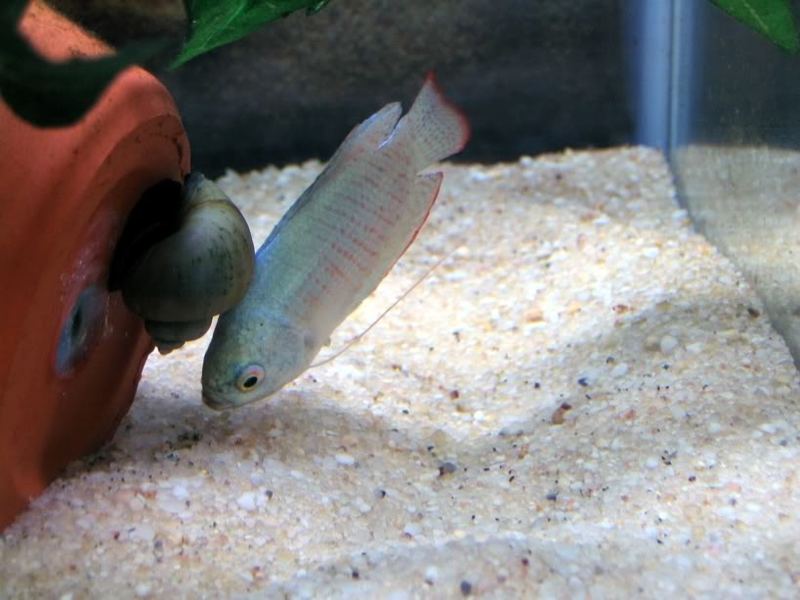 I don't know your parameters Nitrate wise. snails will hide in the substrate if the nitrate levels are not to there liking. He could still be getting used to the tank, and is just taking advantage of the soft substrate for more protection. Or he is being pestered at night.
OP

I think he is just a bit more shy than the other one (I didn't know that was possible). As soon as the lights flipped off for the night I spied on him when he didn't know I was looking; and he was out and prowling about.
I

haedra said:
I think he is just a bit more shy than the other one (I didn't know that was possible). As soon as the lights flipped off for the night I spied on him when he didn't know I was looking; and he was out and prowling about.
Click to expand...

rofl! you sure he didn't know? hes got some nifty eyes lol
OP

ilikefish said:
rofl! you sure he didn't know? hes got some nifty eyes lol
Click to expand...

You have some beautiful snails Haedra! I'm glad to hear they're doing well!
They really are some amazing creatures.

Alright, now I need names. While I'm normally into robust or mythological type names for my fish, I think the snails need rather "goofy" names..

I am having a hard time coming up with anything. Suggestions are welcome!
I

Hey I have a snail like that...just a little bit bigger.....XD 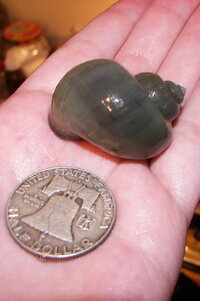 His name is Homer lol
OP

I'm hoping with some TLC that my shells can look like yours; these guys are fairly new, so they are a bit on the "battered and bruised" side from being at the pet store. They seem to be behaving ok though.

Homer is my pride and joy with my snails. He could eat the other two....lol. All I do is feed him HikarI brand algae wafers. And what little algae gorws in Platos tank before a water change. He just exploded in size after about a month. I have a new snail His name is Apollo...I got him he was the size of a dime. Now he's more like a quarter size. I've had him for about a month now. Homer is about 4 months old. I know mysteries get big but jeezs lol. Something about Hikari...lol.
Share:
Facebook Twitter Reddit Pinterest WhatsApp Email Link