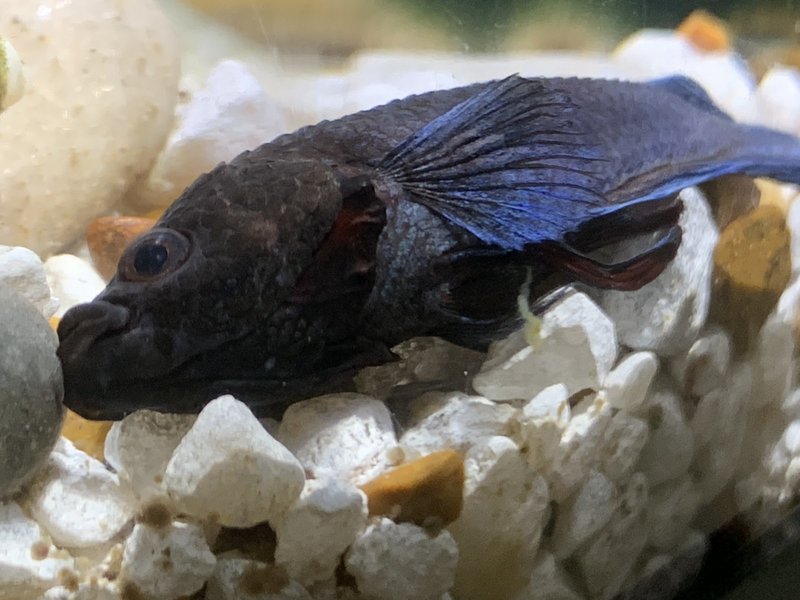 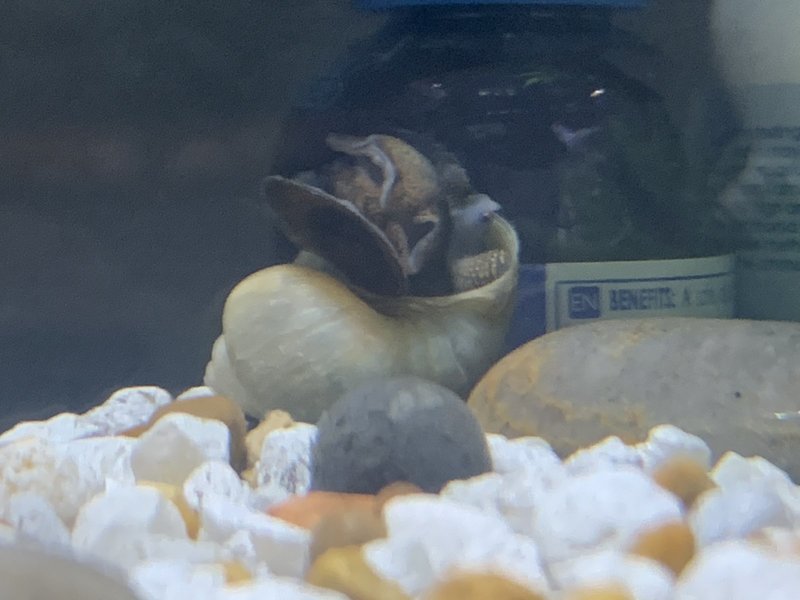 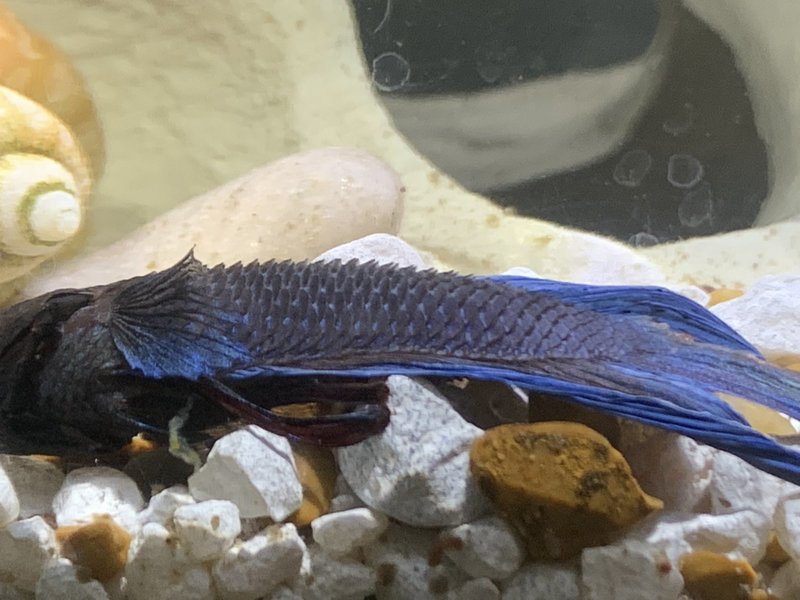 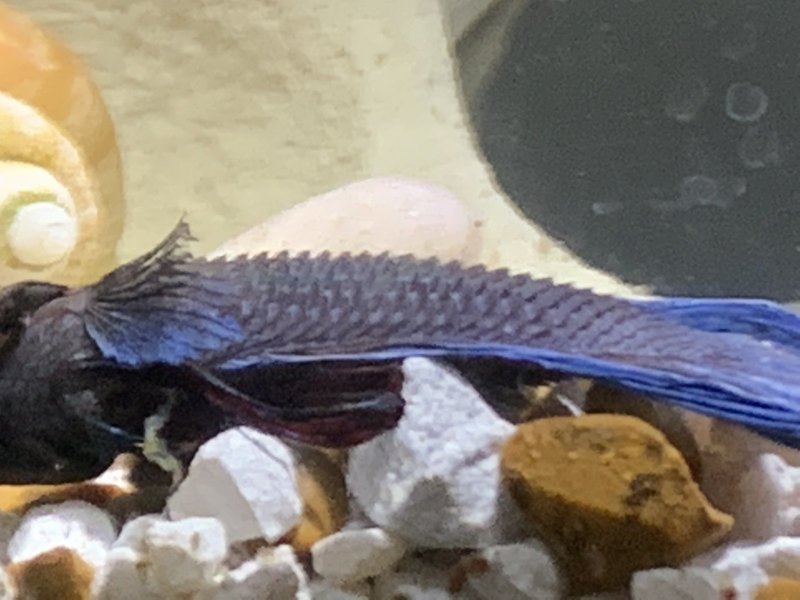 Good morning all,
First of all, I apologize for the photos. I wanted to take them and upload them to get the best explanation from those who have seen this before.
My Betta fish passed away VERY suddenly. I noticed that about a week before he passed, that his scales seemed to be “separating” from his body. He was still his healthy blue color though. Then, one of his fins started to look like they were rotting.
I’m really not sure what could have caused this. He was always so healthy and active, and then suddenly became lathargic and sick.
I did have some sort of bacterial bloom that happened in my tank, and it freaked me out so I did a pretty large water change. It was still a bit cloudy but finally went back to 100% clear after a couple days. But that was over a month ago. So I don’t know if that had anything to do with it.
I’ve also recently added a new blue mystery snail to my tank a couple of months ago. She’s not active at all. She lays on the bottom of the tank upside down and stays there sometimes half open, and sometimes completely closed until I have to check to see if she’s still alive. She does this for DAYS. Do you think it’s possible that it has to do with my blue mystery snail? Maybe the snail is sick (since it’s not even coming up for air...) and letting out some sort of disease!?
I’m just not sure what to think and I want to figure out what on earth could have killed my fish so I don’t make this mistake again. I’ve attached photos. Sorry if they’re a bit graphic. But it’s best to see for those you may understand what it could possibly be!
- Sarah

If it’s scales look like they are separating from the body it could be dropsy and then fin rot? Did he eat anything? If it was dropsy then he should have been bloated but I can’t really tell from the pictures

The snail should have been up for air,although they have gills I don't think they can sustain long term underwater I wonder if he as died, rotted and caused an ammonia spike, take him out and smell him by the trap door if he's dead It will hit you like a sledge hammer, test your water for ammonia and nitrite. As Gourami36 says it looks like dropsy

I agree, it looks like dropsy, even with lack of bloat. Snails can be lethargic if they aren't getting proper foods too. I doubt the snail made the betta sick

Definitely dropsy. How big is your tank? If you suddenly added a snail then it could've been pushing more bioload than your system could handle and cause a spike in parameters. Can you also test your parameters? Most of the time dropsy is a symptom of a bacterial infection that happens when a fish's immune system is compromised.

richie.p said:
I only question the snail as it's upside down with trap door open which is un-characteristic of snails and could be dead leading to other problems in the tank
Click to expand...

Mine do it all the time. When I first started mystery snail keeping I always thought they were dying when they were like that. They might hang out like that for a day or 2, but then they usually get up and moving. Not saying he's not dead, but there's a good chance he's just "sleeping" or whatever it is they do..