So ive been seeing a Los of speculation here on the forum about Walmart getting out of the live fish business and decided to try to find more information. This is one article I came across... 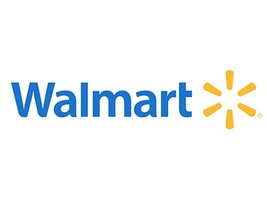 Walmart is getting out of the pet fish business.

In a conference call with its livestock suppliers earlier this year, the mass retailer reportedly announced that it would be pulling all pet fish and live aquatic plants from its stores. The move began in March and is expected to be completed by Oct. 1, 2019. However, the company is letting individual store managers decide whether or not to discontinue this section of their pet departments sooner.

It appears that many of the estimated 1,700 Walmart stores that carried pet fish had already removed their display tanks by the end of June, and some industry members expect the chain will have completely discontinued livestock sales by the end of July.

This will undoubtedly come as good news to the many animal welfare advocates and aquarium hobbyist who often accused Walmart of failing to provide proper care to the animals in their stores or provide customers with sufficient information to care for their new pets. However, it is decidedly bad news for many of the livestock suppliers who counted Walmart among their clients. In fact, some estimates say that the mass retailer was responsible for up to 30 percent of tropical fish sales. The loss of this outlet for aquatic livestock could obviously also have a significant negative impact on aquarium supplies manufacturers.

Mine is gone. The system is still sitting though. I'm so tempted every time I go back there for something to find the manager and make an offer on it. It would be a decent system for multiple bettas

Mine is gone. The system is still sitting though. I'm so tempted every time I go back there for something to find the manager and make an offer on it. It would be a decent system for multiple bettas
Click to expand...

That's a great idea. although it would need some serious sterilization but I'm sure "walmart" has the stuff to clean those tanks
Edit: I went to my not so local one that sold fish and was disappointed they stopped cause I wanted to save all the Tiger Barbs in the next week or 2 to add to my 29 when I bring it in :/

In July, my local Walmart had half the tanks dead. Something catastrophic happened and their wall tank system crashed. Half the fish died/dying. I alerted a manager & next visit, fish tanks were gone. I would not trust their set up after seeing that.

Mind you, a few weeks earlier, I had purchased my upside catfish & skirt tetras there. ( half off sale, they were getting rid of them)

yep, i've noticed a few weeks ago the closest Walmart had removed all its tanks. the newest one they built within the past year wasn't even built with fish tanks.

This is one thing where my part of the country was ahead of the curve. The wal.marts here stopped selling fish at least 30 years ago. When the new super centers went in the fish section wasn't added.

If our local one had put one in I would have applied for the job of taking care of them but only if I had been given free reign in how to take care of them and had been able to hire folks to help me do it. .

I do feel bad for the fish breeding folks that depended on sales to wal-mart for a big part of their income though. This is going to hurt them and is going to raise the prices we end up paying at other places and will probably put some of them out of business.

Is My Walmart Stopping Fish Sales?

Sep 7, 2009
angelfish220
Just discovered the most disgusting pet shop ever.