Velvet And Or Ich?

Hi all! Long story short, our tank has gone through some stuff in the last couple weeks! We had a little tetra who we found on the bottom with no fins...got him out, got him to grow his fins...but then his spine crooked up and he couldn't swim. He died after i nursed him a month, and he seemed to be improving. Just died. Our gourami has had a kind of red pimple looking thing by his mouth for months and nothing heals it. Now my black mollys have developed a weird illness. The male seems to have kind of "pits" on either side of his face, and they seem to be filled in with a sort of silver gauzy stuff. It looks like he has holes in his face that are full of silver thread. Anyone know what this is?

My local store looked at pics, and they originally said ich...until they looked closer. Their final answer was velvet for the mollys. They said probably columnaris in the gourami. I was given Paraguard to treat everyone, but after a couple days, the Molly almost looks worse. Would that be characteristic of velvet coming off?

This is all going on in the same tank? Can you post those pictures here? 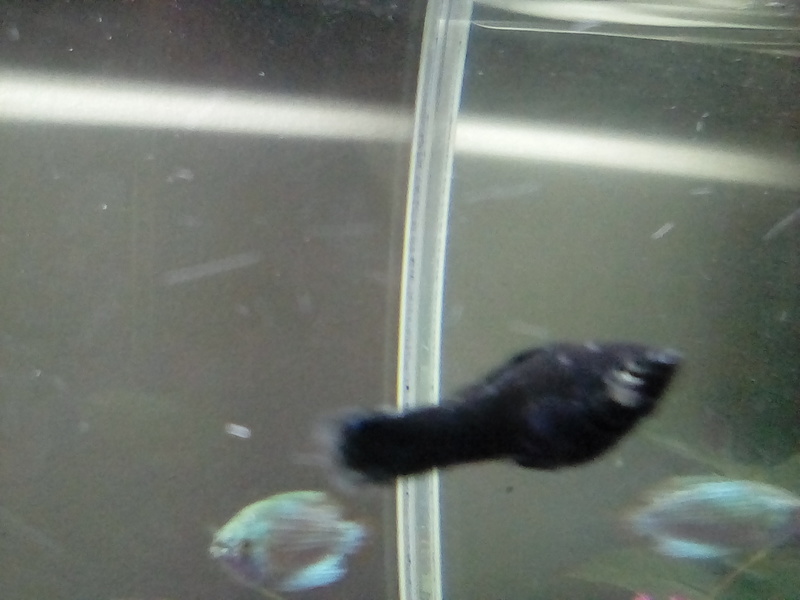 He won't stay still at all! He keeps flailing around with his fins clamped! Other molly seems ok, but slight coloration changes on front of face. Will paraguard really work?!? It just seems to be making it worse really fast, unless that's the stuff coming out. 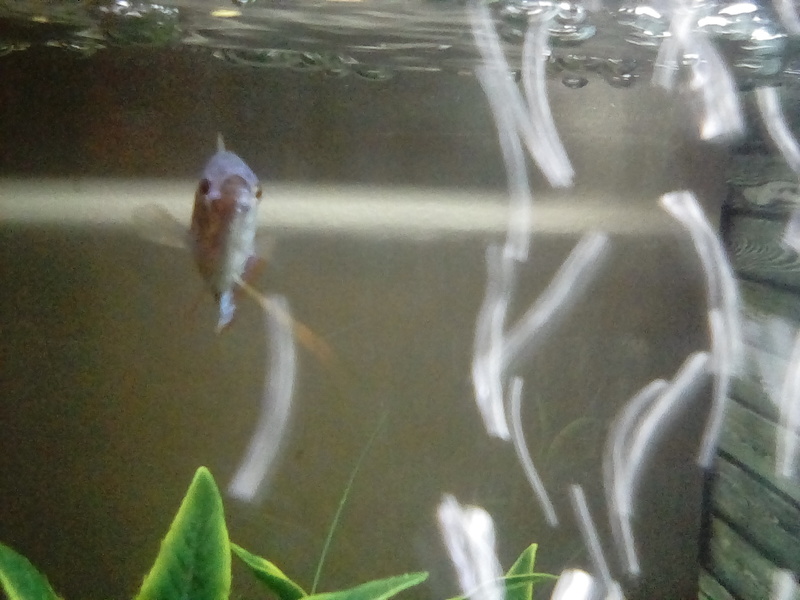 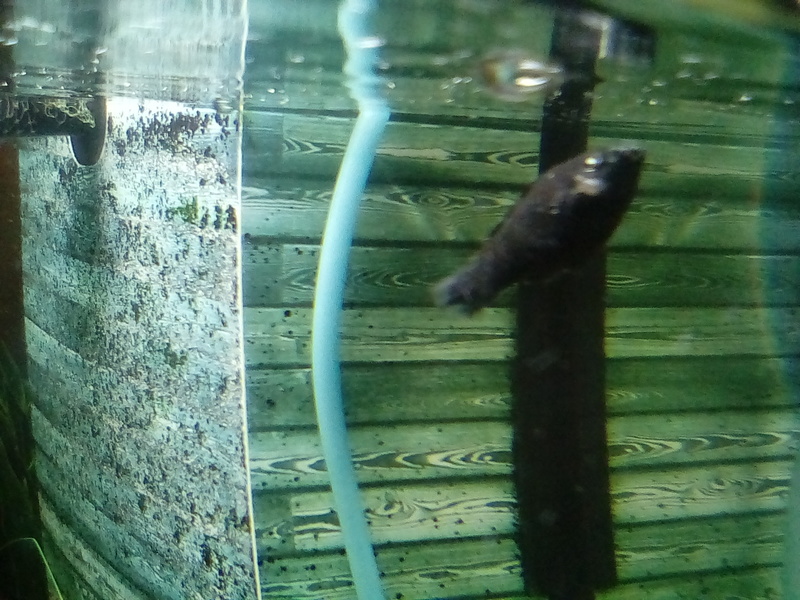 Gourami doesn't stay still much either. Our water is pretty spot on...danio, tetra, and Mollys all breeding like mad, especially it seems, when i add paraguard.

What size tank? What all fish are in it? What is your water change schedule and do you have a test kit to test your water parameters?

Water is perfect except no3, which usually hovers between 20-40ppm due to snail and plecos bioloads. i use api test kit. No plants. Fish spawn frequently, and have caught some eggs/babies but i do not have time to do nursery tanks...and everything in our tank is happy to have them as snacks, even the parents. :/ very carnivorous.

I know some of these guys (like molly and pleco) are not suggested for this tank, but they've all been thriving for the months since we got the tank. Until all this. I think it was stress brought on by our building cranking up the heat one day while we were at work. Come home to an almost 90* tank.

I do approx 30% wc every week, sometimes more if needed. Adding quickstart and stress coat. I started paralyzed at 1/4 strength to see if pleco, cory, snail, gourami would tolerate, then increased to full dose over a couple treatments. Seems ok so far...would the snail already be dead after 4 days if it was going to die?

Paraguard won't harm anything in your tank when dosed properly.
I can't tell from photos what is going on with your fish, but Paraguard is a mild med and not causing the issues. If the temps are still high than you could be seeing stress but if they are back between 76-78 that also shouldn't be an issue.
Myself personally, I would do 25-30% water changes before dosing your Paraguard every other day (dose Paraguard daily, water changes every other day before dosing).
Your nitrAtes don't concern me a bit but bringing them down and keeping some great water parameters over the next couple weeks should increase their ability to recover as they may well have been quite stressed over the temp swings and immune compromised.
Keep doing what you're doing and add the water changes and I imagine you will start seeing improvement in your fish over the next several days.

Thank you, thank you! It's so hard to get reliable info online about fish care and safety...everyone talks in circles, i swear. Or one person says one thing, the next has a very opposite opinion. I was getting worried about my snail and sensitive fish...i thought i had made a big booboo and had all but killed them. I kept seeing things saying they would die...
Even Seachem said they are not guaranteed to live,but they seem ok. A little odd behavior, and there's the rampant flirting when i dose the tank. Snail seems to hide out in shell more,but not alarmingly much. Pleco doesn't seem to be latching to tank side as much in the day, catfish kinda hides out too but comes out to eat. Everyone else seems fine
You must log in or register to reply here.
Share:
Facebook Twitter Reddit Pinterest WhatsApp Email Link
Toggle Sidebar