One Otto appears trapped in the net somehow. I thought at first that was simply biting into the net, as some of the other ottos were. I tried to brush it off, but it wouldn't budge. I noticed it was then squirming a lot, and on closer inspection it appears some part of its face is caught in some of the net strands. I've tried to pull it off gently, but I'm extremely worried about hurting the otto. I've kept the net suspended in the water for about 10 minutes now, hoping it can free itself, but it's just struggling. 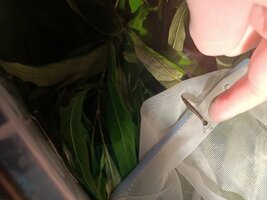 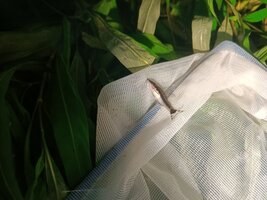 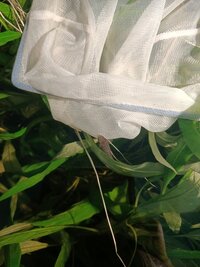 It's still struggling and breathing heavily. I don't know what to do. At best I could try pulling it off and hope I don't kill it (since it would die anyway if it stays in the net). Does anyone have any ideas?

Someone has had this same issue before - they cut out the piece of net around the otto, and it freed itself the next morning: Oto stuck in net | Otocinclus Forum | 184222

I'll probably do the same thing, but I'd I do there's a good chance I won't know the result given how many plants are in the quarantine tank unless I take out all the plants, or I manage to find the piece of net again. Unfortunately I don't have a third tank to put it into - I could put it in the bucket I acclimatised them in for the night, but without a heater that'll definitely get too cold tonight.
Upvote 0

Occasionally one of my pleco's will get caught on the net. Once I stop trying to get them out they get themselves out. Hang the net and walk away. Once the little guy is less stressed he may very well just let go.
Upvote 0

Occasionally one of my pleco's will get caught on the net. Once I stop trying to get them out they get themselves out. Hang the net and walk away. Once the little guy is less stressed he may very well just let go.
Click to expand...

Thanks for the advice. I've already cut out the piece of net, and put it in the bag it came in from the store: 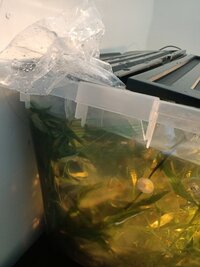 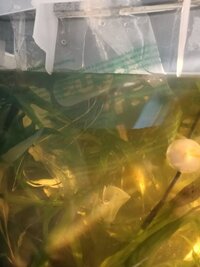 I just checked on it, and it's managed to free itself!
Upvote 0
You must log in or register to reply here.

What to do when catfish spines get caught in nets

Dec 16, 2019
CaptainAquatics
I
I witnessed a froggy murder