Hi! I’m trahana, or KT, and this will be a thread that keeps track of what’s going on in my tanks. Feel free to ask questions or just make comments, I love talking about my fish. 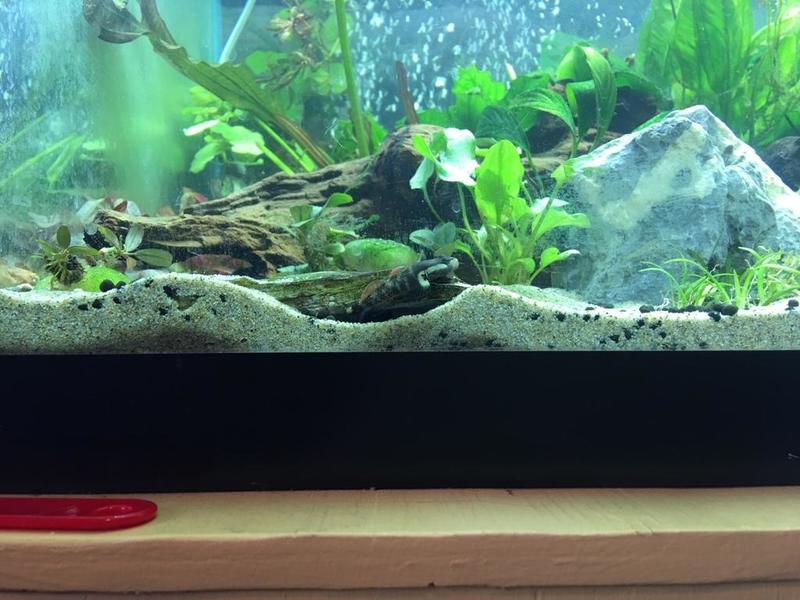 My boss male Goby, I have a total of 5 white cheeked gobies each with their own personality. The boss male is the brightest and biggest. He also build nests the fastest, he built this one in just a couple hours. They are very photogenic, often looking at the camera too! 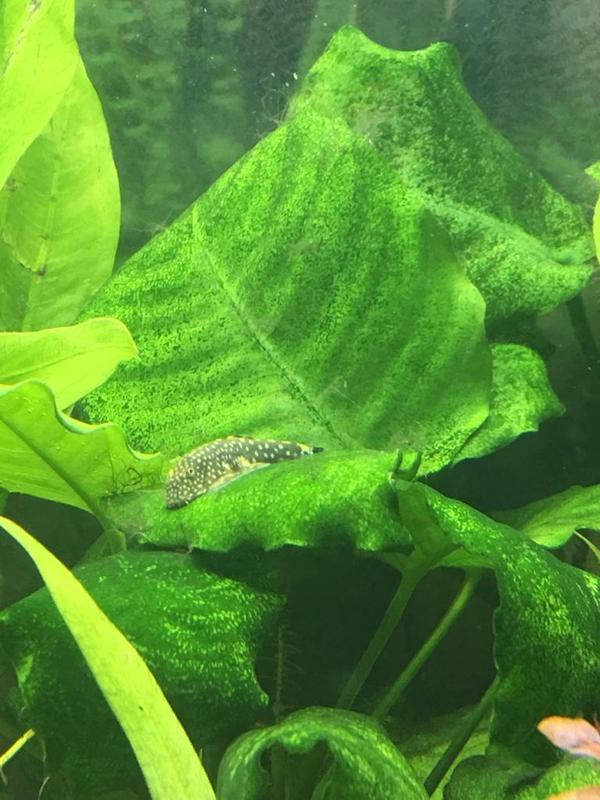 One of my Hillstream Loaches, I have three spotted ones and one with bars, what an interesting color variant. They zoom around on the leaves and tank walls, rarely swimming in open water. 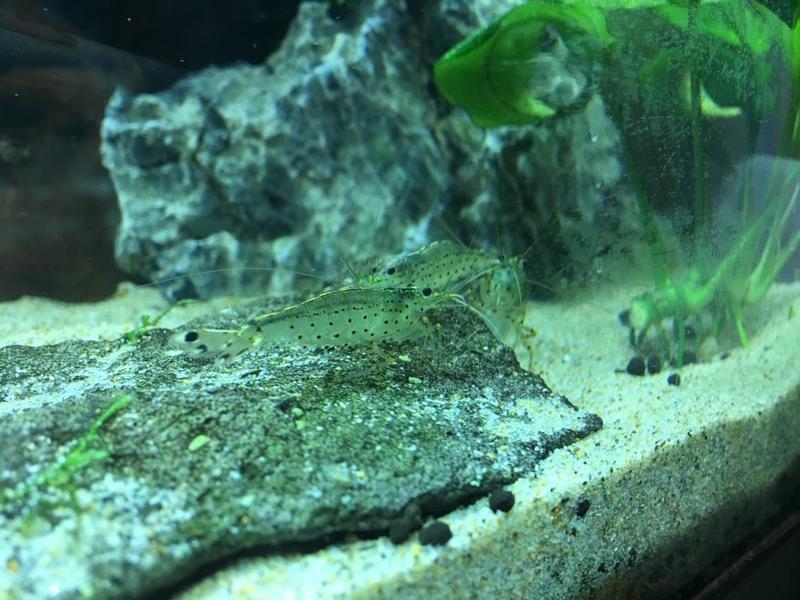 The only three shrimp I have, quite social since I always find them together. Two males and a female. 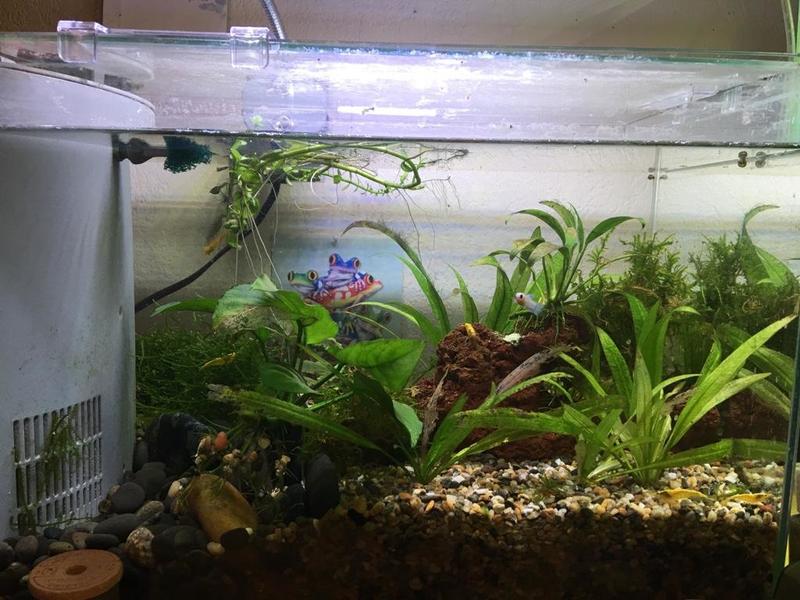 My 5 gallon, currently hosts a baby betta and nine golden neocardina shrimp. I’m hoping that growing up with shrimp keeps the betta from eating them when he is older. 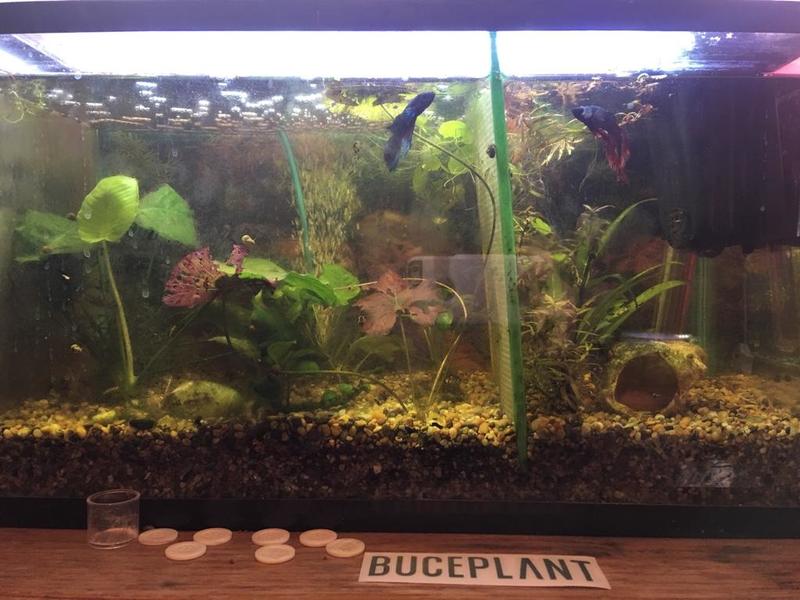 My divided tank. Shimmer is a female betta with long fins, she’s the blue on the left. I bought her as a baby and at about a year old she suffered slight fin melt. After recovering her fins started to grow again, and have continued to do that slowly for the last three and a half years. What weird and wonderful thing, she’s the most beautiful betta ever.
Ruffles on the right side has ruffled fins, or otherwise called curled fins. I drew his alter ego as a gentleman vampire wearing ruffles.

I’ll introduce my other bettas later.

Wow!! I especially love the frog decor in the baby betta tank! At first I thought it was a real frog Lol!

jkkgron2 said:
Wow!! I especially love the frog decor in the baby betta tank! At first I thought it was a real frog Lol!
Click to expand...

Oh lol, that’s a post card pinned to my wall! Most of my tanks don’t have a back drop... lol 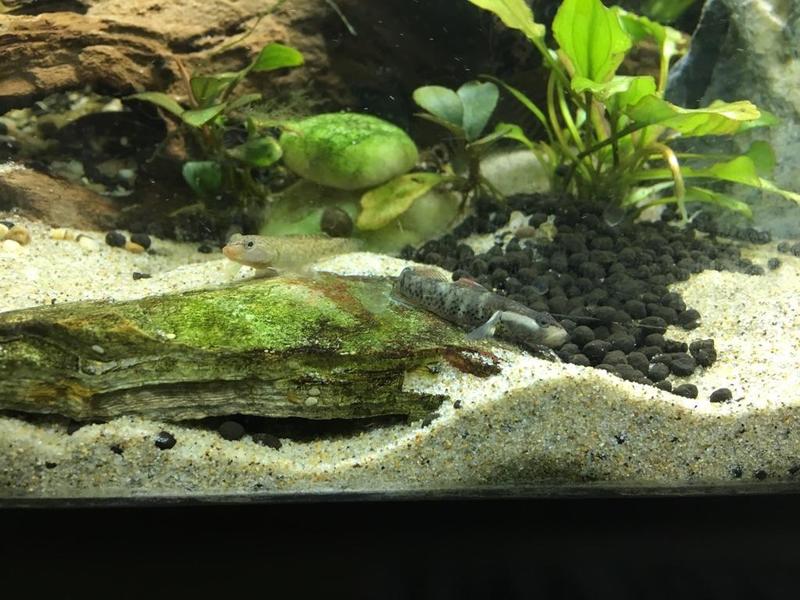 Some fine goby construction has taken place. After a little nudging my male goby has hollowed out under a piece of shale instead of under my drift wood wall. Here he is tempting his would be girl friend to go into his home and check it out. 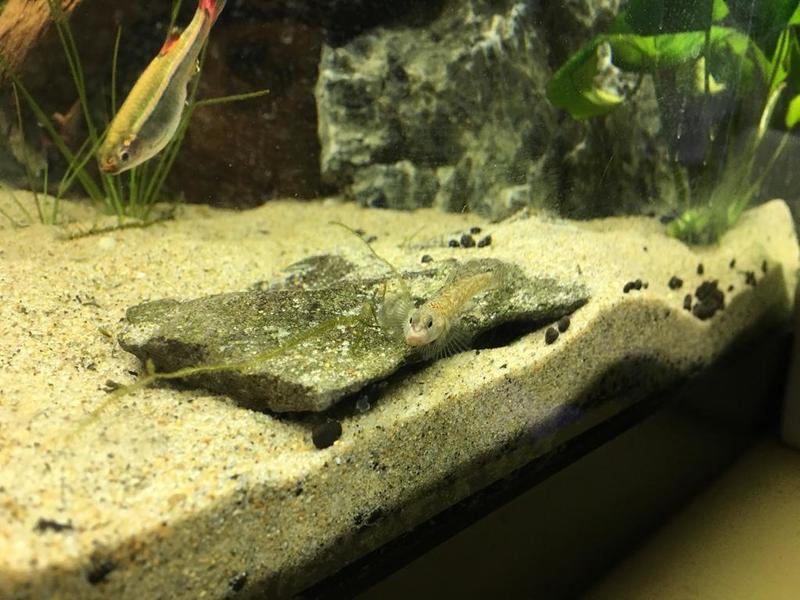 On the opposite side of the tank a different goby has checked out the shale. He rejected it and started to dig between a rock and drift wood though. 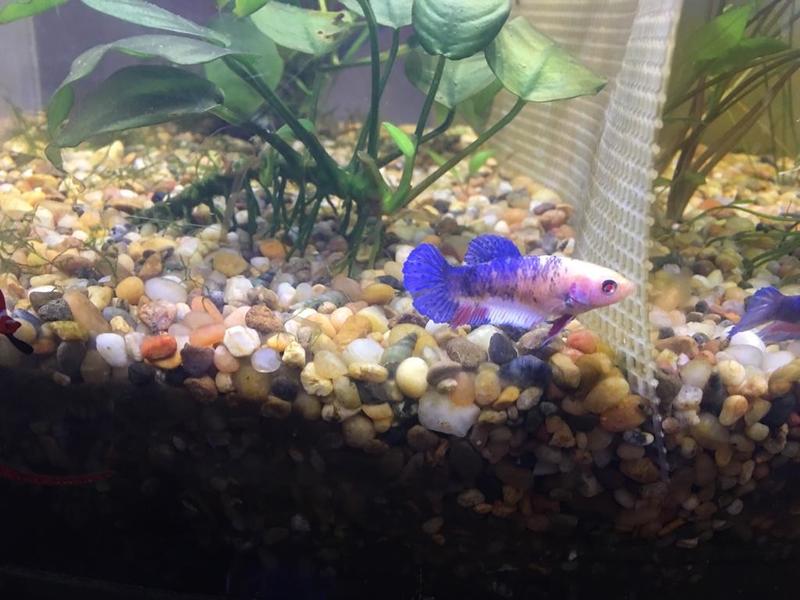 This is Pluto, she is completely blind but still finds her food alright. She was in my sorority until I divided it. I had an outbreak of TB in a few of my tanks which killed three fish in quick succession. 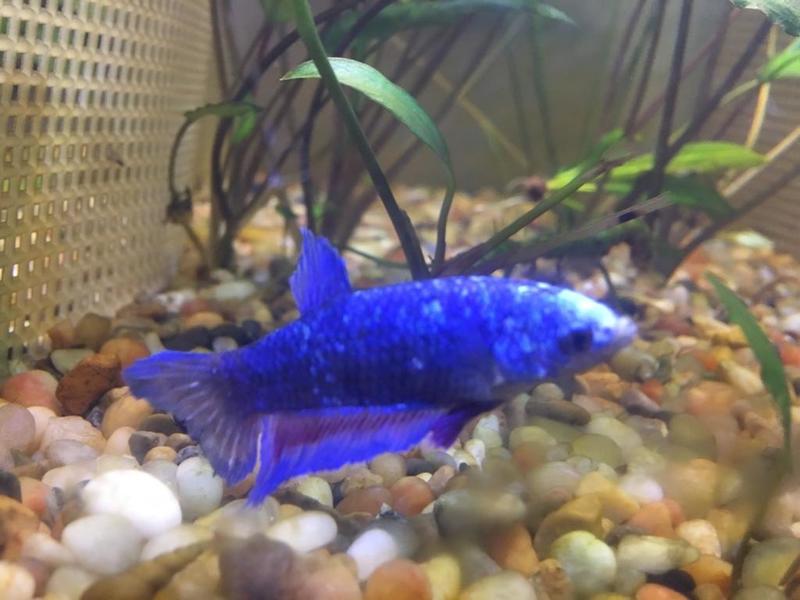 This is Neptune, she was also in my sorority. Her eyes are starting to fail I think, she’s taking her time finding food now. I bought 5 female bettas from the same breeder so the three I have left I call sisters. 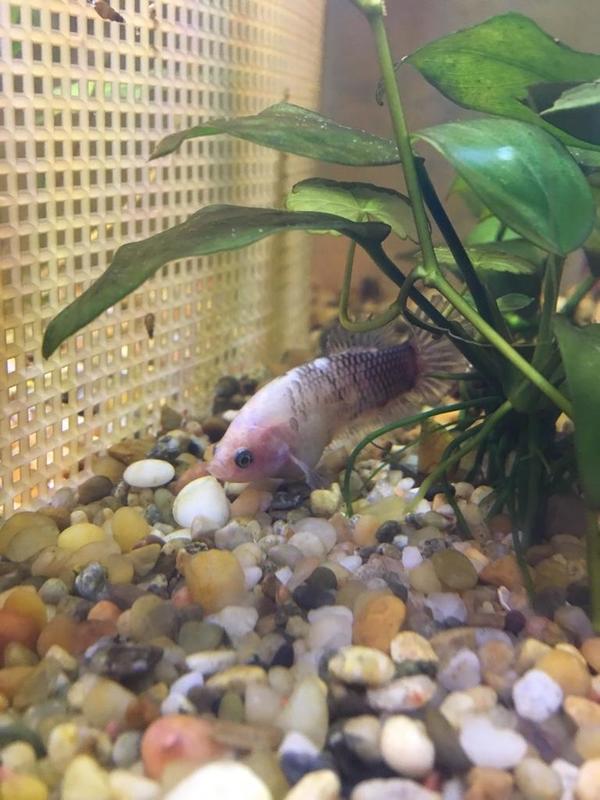 Jupiter is my biggest girl, or rather the widest. She’s a little submarine with fins, loves her food too. She was the boss fish in my sorority right next to Mars(Rest In Peace). 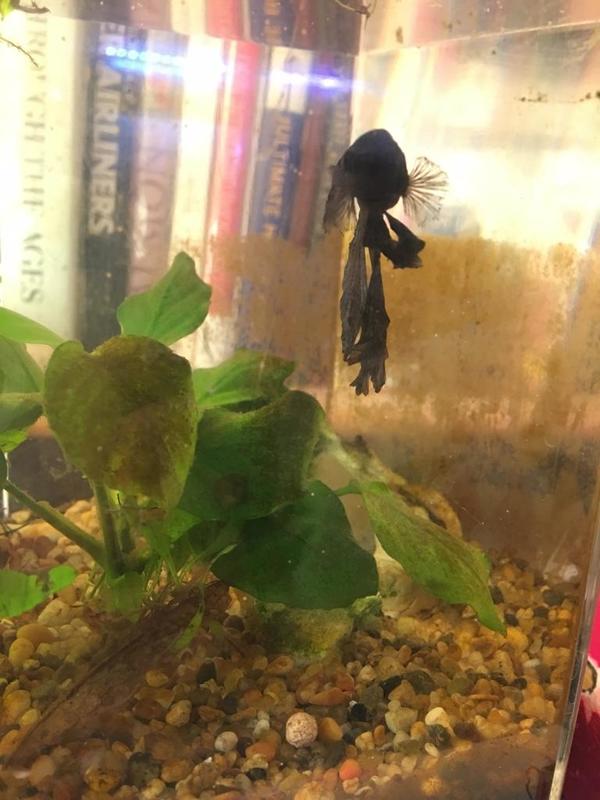 Mel is my handsome fin biting male. He trims his fin as needed, the little bugger is really pretty when his fin grows out though. He’s black with dark blue accents. 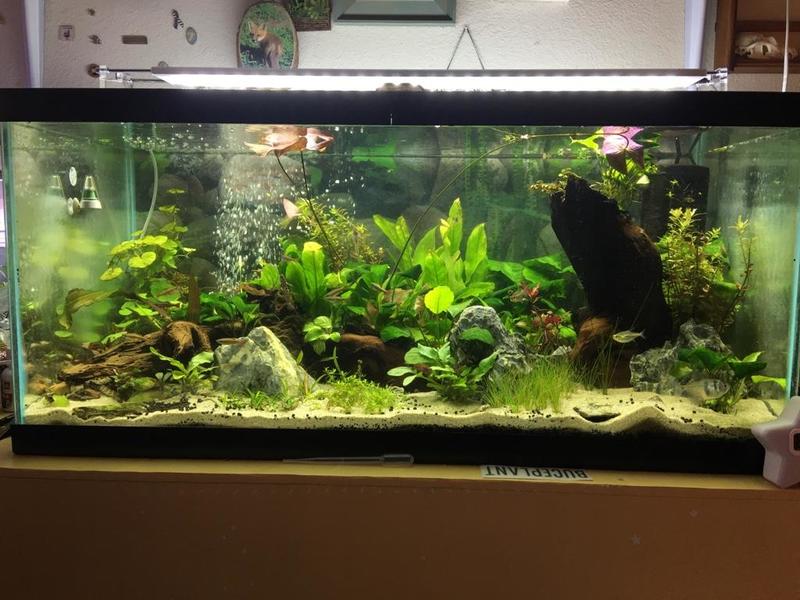 I’m struggling to get the stag horn algae under control in my 40 gallon. It was there before I rescaped it, it’s on most of my anubias leaves. I have two crypts in my tank, Wendtii and another, but I’m going to start dosing excel and see if they resist or melt. 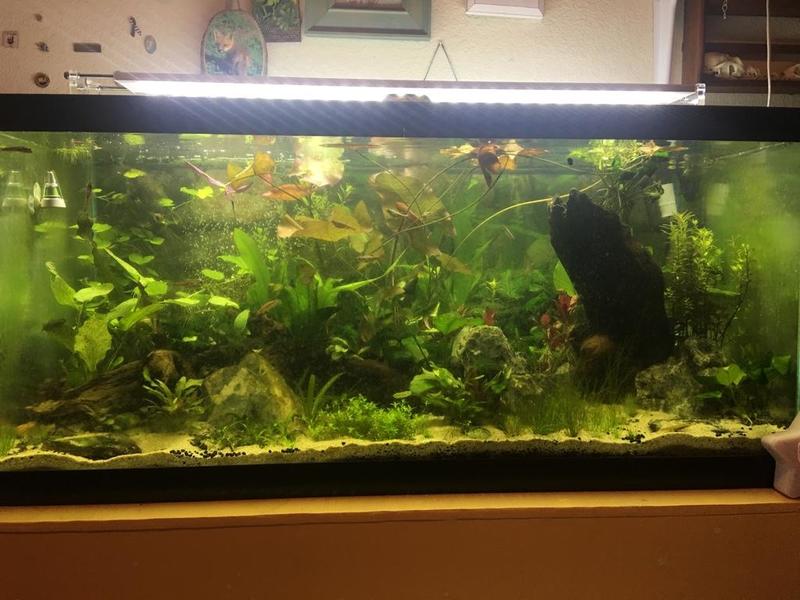 Sunday my fluval U3 filter died. Just three hours after I ordered a canister filter because I wanted a better filter. Nice timing, but I wished it waited two days for the new filter to arrive.
Tuesday night at 7pm my package arrived, just after I got back from the doctor. With fever and chills from influenza, I took two hours to unpack and set up my Fluval 307 canister filter. I missed an arrow pointing to where to install the rubber grommet, flooding my tank stand with some water. Good thing I was to tuckered out to leave the area so I shut off my house before to much poured out. Well I did get it setup and working thankfully, then promptly fell asleep.

On the other hand, my nymphaea loves the new lights and fertilizers, so much it’s shooting out new leaves daily. Who said stem plants grow the fastest? Cause these lily pads are fast.

I cut half the leaves off my nymphaea because my tank had to much shade. I also would like to note I now have giant duckweed, a single plant smuggled it’s way in with some crypts I bought, and now I have many. Three of my anubias have flowers and buds popping up.
I finally got a picture of my elusive barred patterned Hillstream Loach! 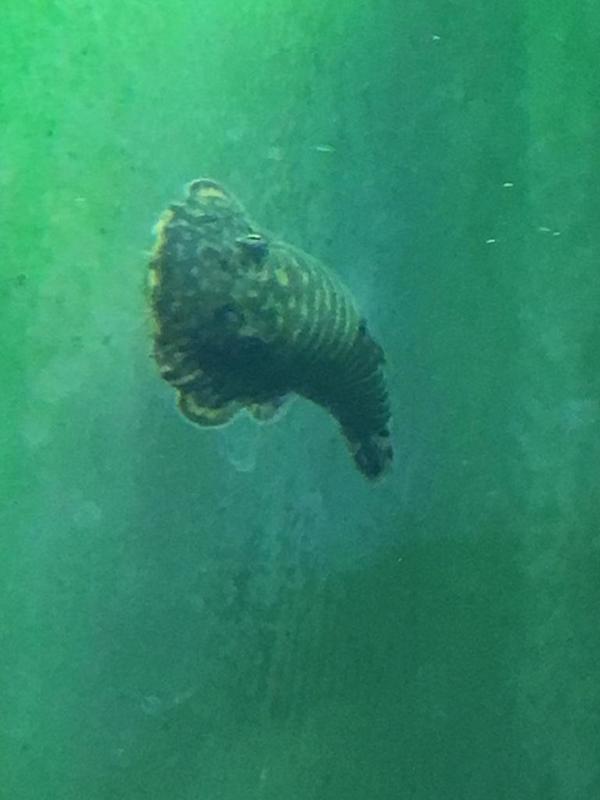 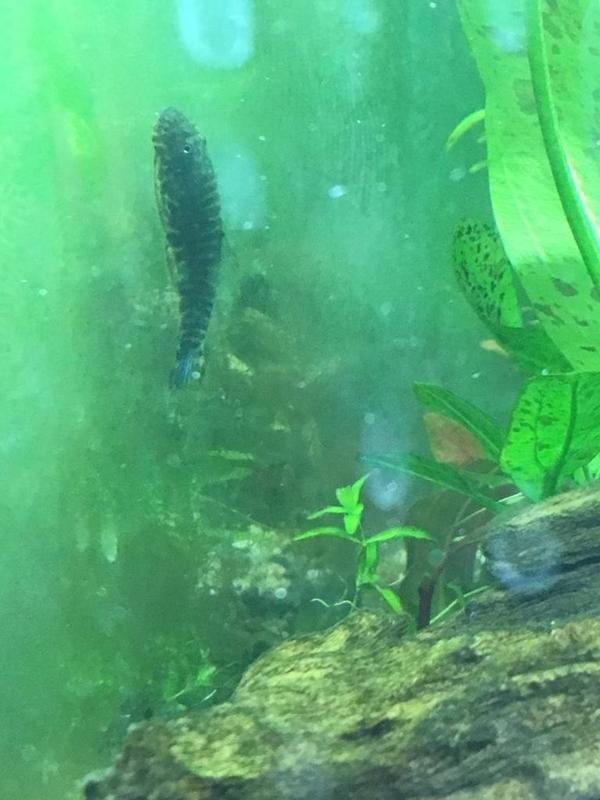 all my hillstream loaches are secretive and shy, they don’t like being looked at, and hate my iPhone. It’s kind of fun though to spot them and slowly move closer, they stop munching on algae to look at you then when you get to close they dart away. 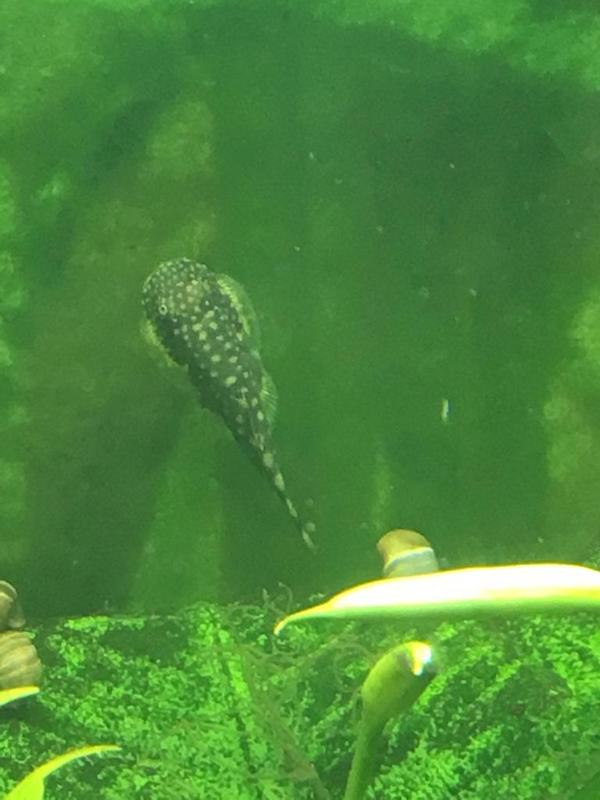 I have three spotted ones, I can tell they three of them apart by their spots, one has many small spots and one has several big spots, the third is a mix of large and small spots. The one that’s dark with bars is the most secretive, the one with big spots is the bravest.

A post with just pictures of my gobies sitting on stuff. They are like aquatic lizards, they sit and pose, and even puff up their throat. 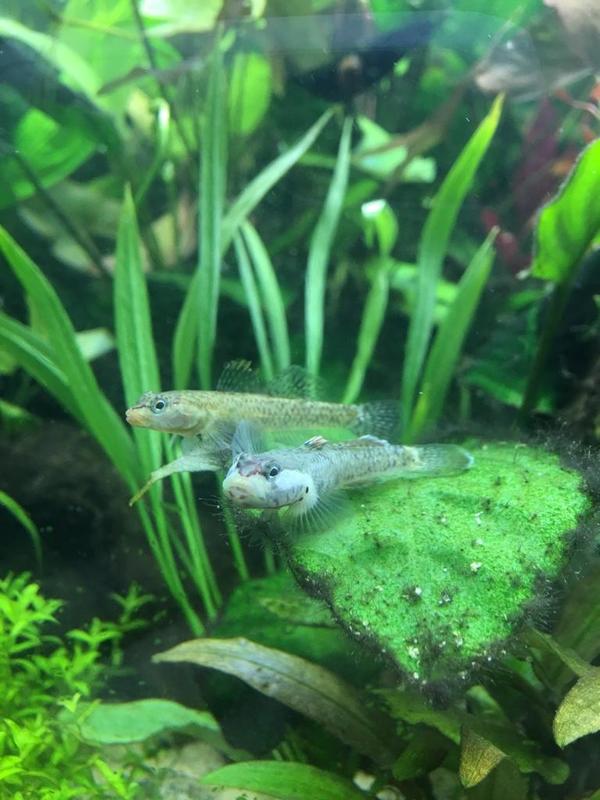 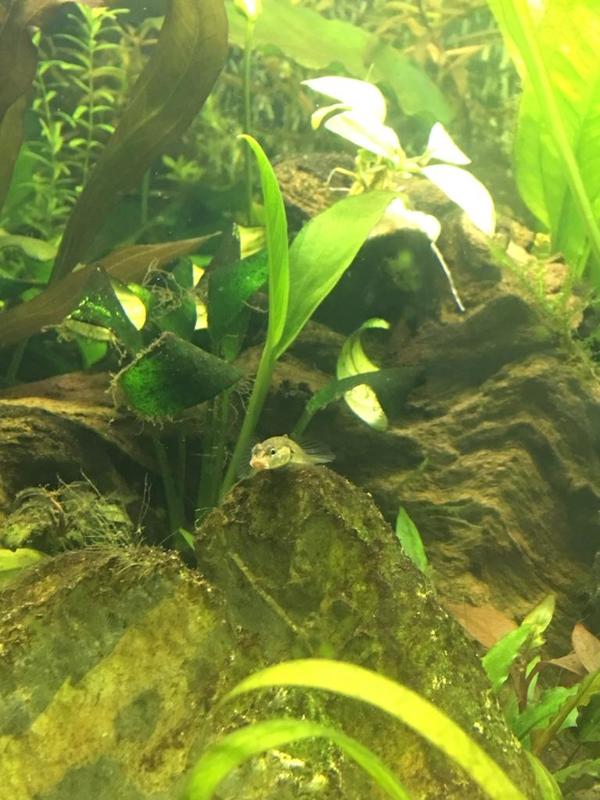 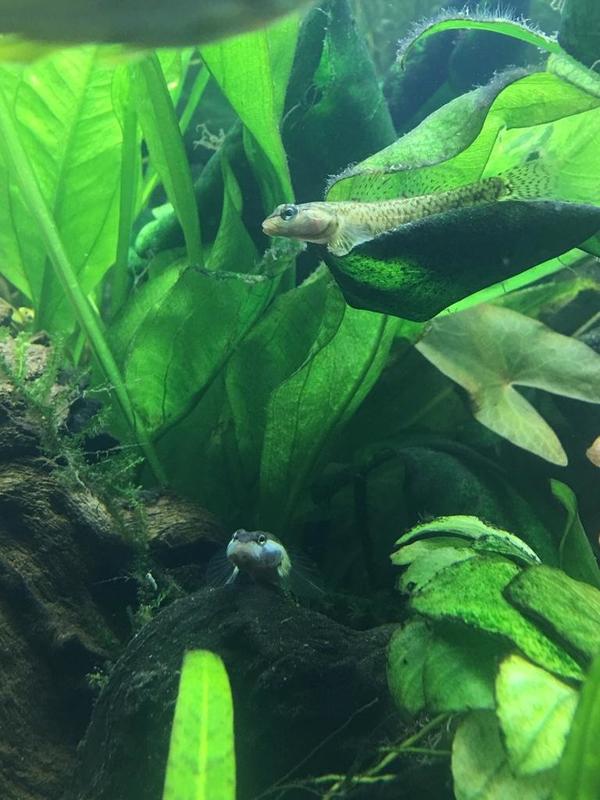 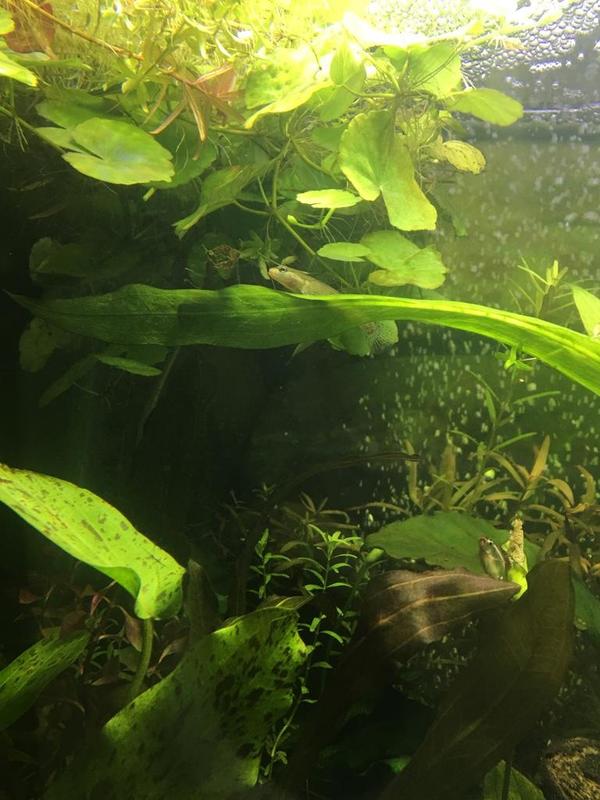