HI everyone,
Well after months of uncertainty as to whether it would happen, it happened.

I woke up yesterday morning, and couldn't find one of my Percula Clowns. I looked everywhere, no sign of him in his usual 'sleeping' spots

I panicked, because I've lost my two skunk cleaners in the last 2 weeks (still not sure why), and then I spotted him! He was playing in the bubble-tip Anemone I have... phew! And I thought, hang-on a sec! BTA's don't typically host Percula's (it's not a natural thing).

Within 12 hours, the female had also joined the 'party', so thought I better share some photos....

This is the most intriguing and coolest thing I have ever seen! Watching nature at work, if the Perc's get scared, they retreat to the safety of the BTA. Just so very cool, I watched them play for about 30 minutes 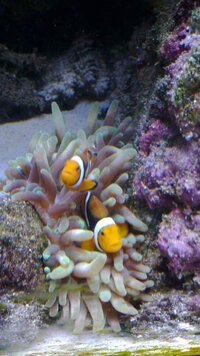 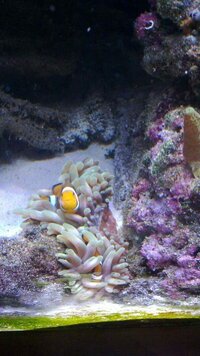 I'm still trying to figure out why the BTA has been a bit off-colour lately, but I think this is progress.... maybe I'll get some baby Nemo's soon

EDIT: 3 October 2012 - Just thought I'd post some more evidence of Perc's being hosted by a BTA 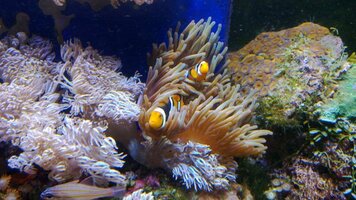 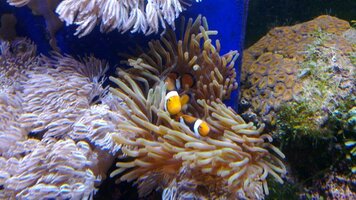 Note, whilst I haven't watermarked the photos, if you'd like to use them, please ask my permission, and I will more than likely be able to give you the hi-res shot

That is pretty cool.

Cool! What a wonderful thing to be able to witness up close.

Wow that's somethin its very interesting to see perculas do this hopefully I will be able to see the same thing out of mine on my condy anemone. Nice pic

That is just too adorable. Thanks for sharing!

Aww, they're so cute!

Wow that's somethin its very interesting to see perculas do this hopefully I will be able to see the same thing out of mine on my condy anemone. Nice pic
Click to expand...

The Condy isn't known to host any clownfish, but that's not say it won't happen, we just don't have reported cases. Up until this post, we didn't have a reported case of BTA hosting Perc's, Oscellaris yes, but not Perc's. But hey, nature finds a way

Wow! I hope my Perculas do the same

Funny I say that to my hubby! haha.

Fantastic photos by the way! Such a wonderful moment to witness.