hello~ I just wanted to know if anyone had any suggestions on smaller desktop 5 gallon tanks!! Is there a place where you can buy just the tank without filters etc? I’d like to run mine on a sponge filter regardless so I don’t want to buy a whole set of I can avoid it. I’m hoping to get one that’s taller rather than wide.

I was eyeing the Marineland ML90609 Portrait Aquarium Kit (5-Gallon). Would that be okay for a betta? If anyone knows I’d appreciate it!!

It’ll house a little betta in it in the end!! He’s currently in a 2 gallon bettaflo which I know is way too small for him. I just had to get him though, it was my 2 gallon or some lady at petsmart that was going to stick two of the babies into an unfiltered 0.5 gallon split >.>. I even told her that that was way small!! Some people just dont care enough smh

You should be able to buy an Aqueon 5.5 gallon tank at Petco. It's not rimless though.

Marzahtha said:
You should be able to buy an Aqueon 5.5 gallon tank at Petco. It's not rimless though.
Click to expand...

I had one for my other baby but the base is too large for my desk! I don’t mind spending some more on a tank, I just need a shape that’ll allow Me to still be productive. That’s why I was looking at taller ones maybe 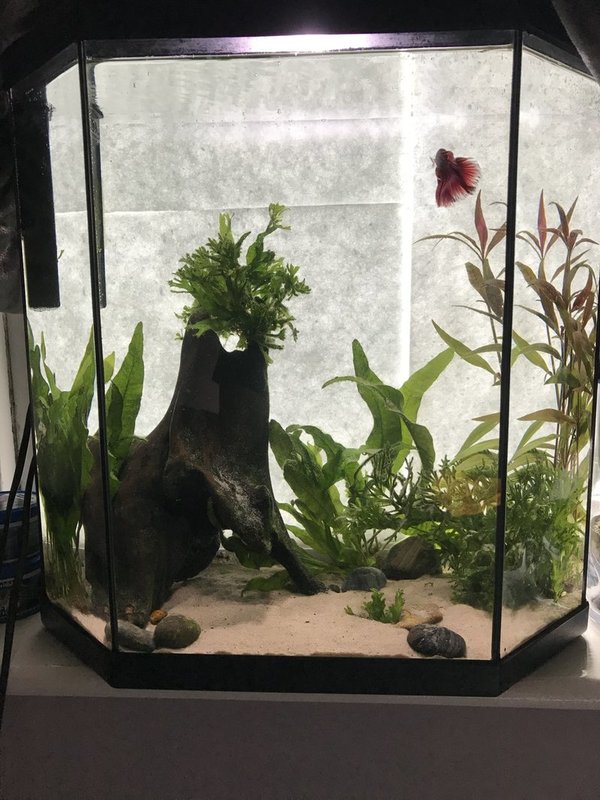 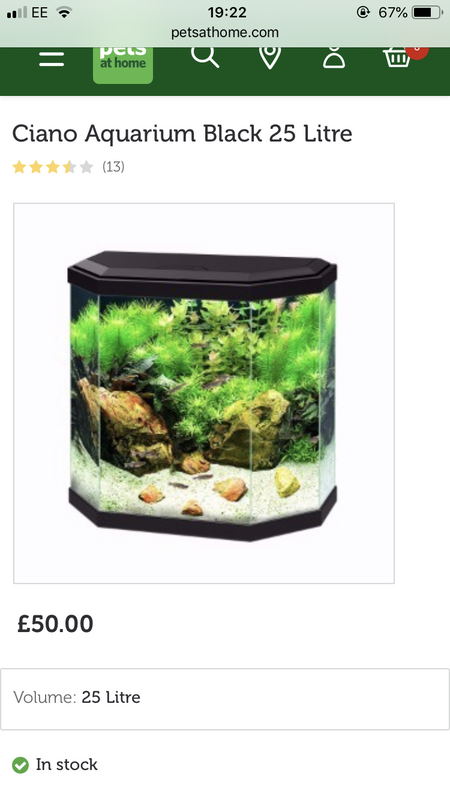 I have this one from pets at home with my Betta in... it fits on my window sil so takes up very little room! It’s a 5 gal didn’t come with a filter but does have a good LED light

Have you tried Facebook marketplace? I’ve found a few in my area that are only selling the tank with nothing else, other than that, you are probably going to have to search around a pet store and spend a bit of money.