Notes: The Spotted Talking Catfish is somewhat prehistoric in appearance and makes a very unusual addition to the aquarium. This Catfish is primarily nocturnal, and tends to be rather inactive during daylight hours but can be seen swimming around in the day occasionally. It needs plenty of caves to hide in, and the more 'bolt holes' provided the more comfortable the fish will feel. Plants are also a welcome addition, but a full grown individual can uproot plants simply because of it's sheer size so ensure all plants are well rooted!

This fish is generally peaceful and unobtrusive towards other fishes of both it's own and other species. However, it has a penchant for eating smaller fishes like Tetras or Guppies; especially when full grown! For this reason it is best to keep larger fish species with it, rather than risk smaller fishes becoming dinner. Good tank mates include peaceful American cichlids, larger schooling fish and Plecos but because of it's peaceful nature towards fish that cannot fit in it's mouth the options are not very limited. Because this fish is nocturnal, it is usually a good idea to feed it during hours of darkness and it will happily accept most catfish pellets and also live or frozen foods.

The Spotted Talking Catfish is a member of the Doradid family and is quite long lived; some individuals have been reported to reach 17 years old! It should be noted that this catfish can be quite difficult to handle for several reasons.

It possesses spines all over it's body which can get tangled in nets and ruin them, but also make it difficult to pick up by hand. For this reason, it is recommended that a plastic container or similar is used to catch this fish. An interesting behavior of this fish is that when caught it will lock it's pectoral fins in order to make it as difficult to pick up as possible. This is a defense mechanism driven by reflexes, and Aquarists attempting to catch the fish by hand have found that their fingers get quite painfully locked by the fish's fins until the catfish is placed back in water. Another unusual trait of this Catfish can be gleamed from it's name - the 'talking' catfish. Spotted Talking Catfish have often been observed making a loud 'croaking' sound by grinding the base of their pectoral fins against the shoulder bone. Overall this is a very unusual and quirky addition to the larger community tank and will surely delight the Catfish lover. 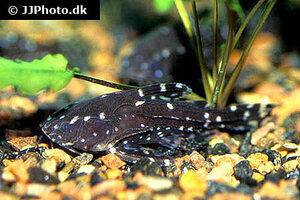 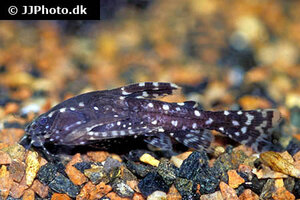 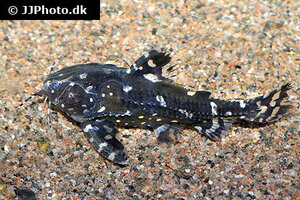 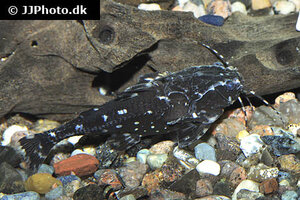 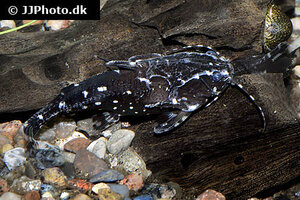 Sep 10, 2011
Blub
What to do when catfish spines get caught in nets

Anyone have any tricks for reducing filter noise?