Please use this topic to post your Silver Dollar fish photos. I'll leave it stickied so it appears at the top of the posts. Only your own photos please, not taken from the internet.

It was trickey getting the shot - I tried two with the tank light off to see if that made the picture clearer. The more shots I tried to get, the more they ran about evading the camera. 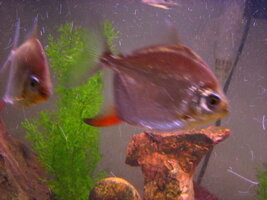 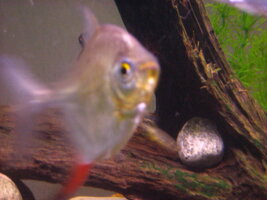 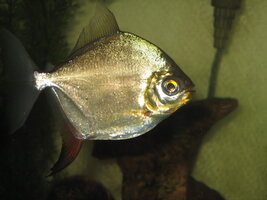 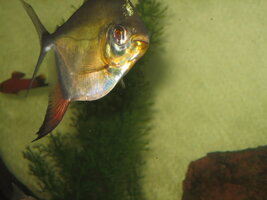 These are my guys. I have had the one for over 8 years. I was lucky to come across a lady on KijijI who was changing species and bought her 5 for $15 to restock. My last school passed with age. 70gl , 2 Penguin 350's, in with a school of 6 Zebra Danios, 1 Pleco, 4 Albino Black Skirts.

This is my favourite silver dollar his name is flash 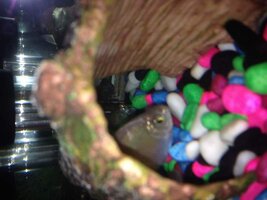 My oldest .. named him 'Keith Richards' .. as he has survived fin rot, poor tank conditions, eye white (several times .. cured by Melafix), etc. He went comatose for several hours in 2003 during a move, but was shocked out of it and survived; hence, his name. (If he is a she, then her name would be 'Katrina'. He's about 14 or 15 years old. 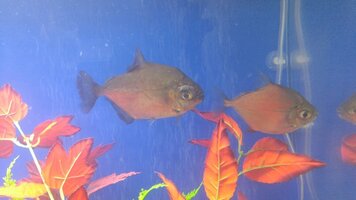 Duo being photo-bombed by a red platy 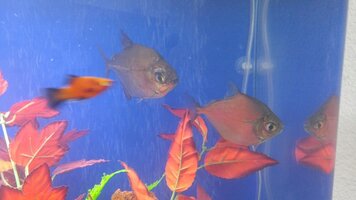 Youngsters purchased about a month ago .. bought 3 larger ones first; then saw the tiny one all by himself in the store, so adopted him. 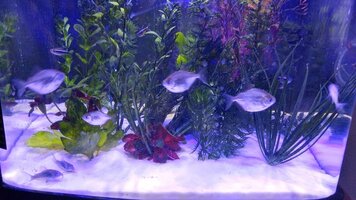 This is our baby who has made two moves with us. I think he is probably at least 6 years old now. 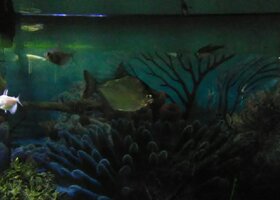 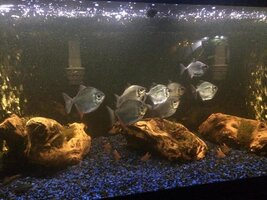 Does bacteria in a bottle really work this fast?