Decided that the cherry shrimp needed hides until the java moss grew in so I grabbed a section of my pond tubing and put these together. The longer bottom piece is meant to be an anchor under the sand but I would not have needed it. They didn't try to float.
I know they are ugly but they were suppose to go into a tank with black sand where you wouldn't notice them in the back. Well that fish is being treated at the moment so they are stuck with a baby who is almost as small as they are (Growing him out for the granddaughter who wanted a fish like mine. He shines pink so I'm keeping my fingers crossed but she will get him even if his fins turn red. lol He is slightly bigger than my white clouds so he could still turn out to be any color. Praying for a pastel.) The hides are sort of useless in the present situation, but they will eventually be going into the black sand tank. 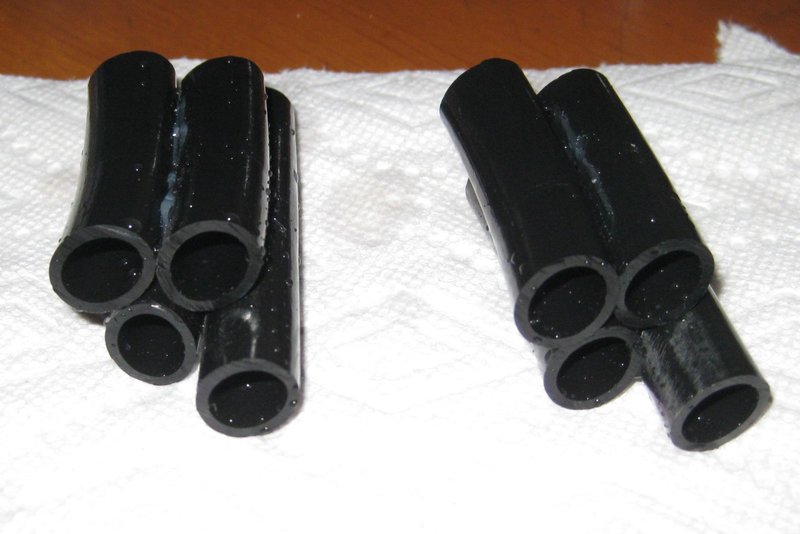 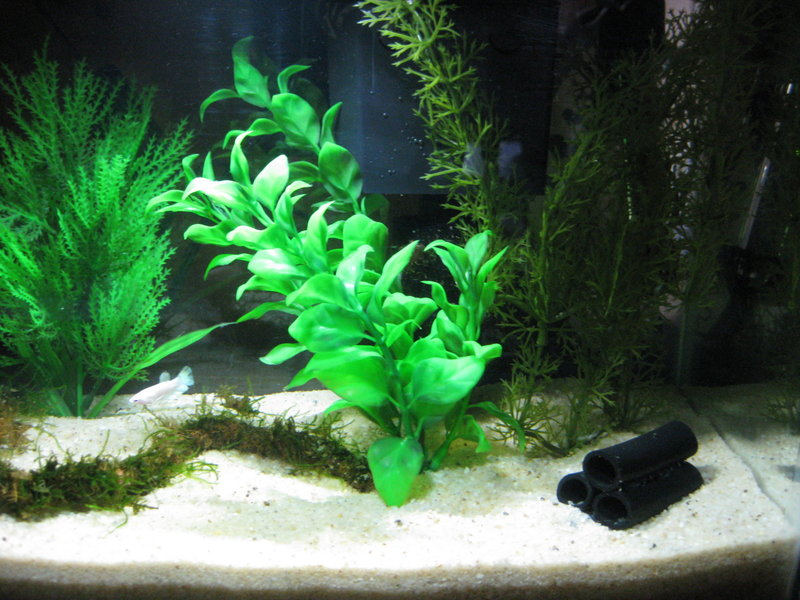 I would rough it up and ties some moss to them.
OP

I didn't want them noticed but that is an idea. I could "decorate" them. lol

KimberlyG said:
I didn't want them noticed but that is an idea. I could "decorate" them. lol
Click to expand...

Then they go from short term to long term.... You could also glue rocks over them and then tie moss... And they grow to be a moss hill.