Well, I've decided to keep a journal for my 5.5 gallon betta tank. I set this tank up at the end of January and moved my first betta from his 3-gallon to this tank. I went with Estes Stoney river Sand and Seachem Flourite Red instead of aquasoil. My 3 gallon had aquasoil and I struggled with algae control in that tank.

This was the tank right after set-up. 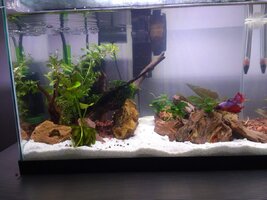 The Crypts melted and I replaced them with a red flame sword. My Mermaid weed died but after doing a bit more research, I think It may have needed a bit more flow in the tank. Then for some reason, my anubias all suffered from rhizome rot. I added a windelov java fern but it seems to be just existing. Next came the duckweed. Yes, I know but I've killed red root floaters twice.

During this time, I bought a nerite snail. My driftwood has never been cleaner. lol

Last week, my betta Sir Nippy Fins found a big enough gap in the lid and jumped out. Monday, I headed over to my lFS and brought home a new betta.

This is Louie. He's super small. 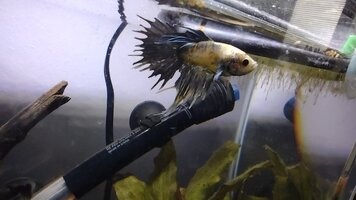 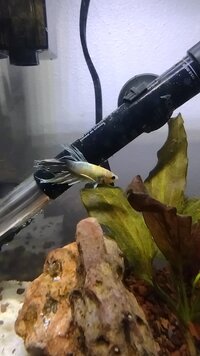 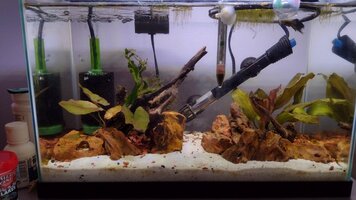 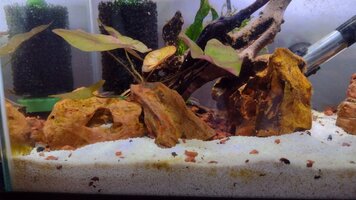 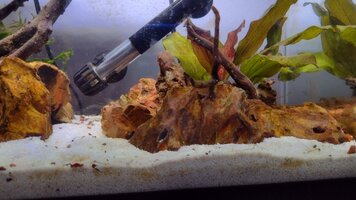 I bought the red tiger lotus not realizing how big it was going to get (already doubled in size) Ooops. I should have looked for a dwarf lily. The other change was with the filtration. Louie is so small that the HOB had to be removed. There was too much flow. For some reason, he likes to hangout near the top of the tank. Been thinking of adding more floating plants for Louie.

Update time! Louie has been coloring up nicely and I think he may have grown a bit. My tiger lotus is happily growing as well. 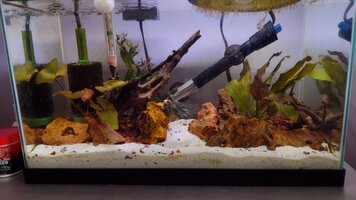 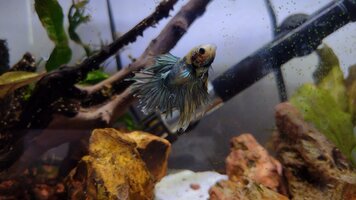 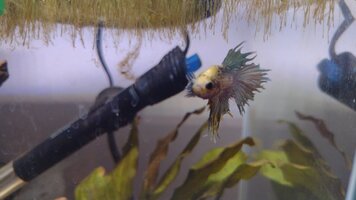 Well....I should have looked up how large a tiger lotus gets before sticking one in my tank. It's doing really well though and my betta loves it. I may have to take it to my lfs soon. The leaves double in size overnight and I'm always having to trim it. 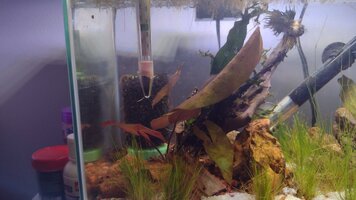 Are real gemstones ok for decor?