I’m so so sad to report that Ted the betta lost his brief battle with an injury that led to dropsy and then death.

He was absolutely fine and healthy and then he wasn’t. He somehow caused himself a grievous injury that lost him his pectoral fin. No idea what happened, no decor changes, nothing at all different in his environment. After the injury he seemed fine, for a couple of days, but then that side began to swell, and swell some more, until he was pineconing and gasping for breath.

I’m glad he didn‘t suffer for too long, only one really bad day before he passed when I really struggled with whether or not to help him out of his suffering. But this morning he was gone.

I have this vision of a “heaven” of sorts, afterlife, whatever you want to call it (I’m not religious), where all of the sick and injured fish who died from miserable causes are restored to their original best glory, and they can swim and swim, being their beautiful selves. That‘s what I like to think of for Ted.

He really was just a happy, joyous little spirit. I rescued him from a bad pet store in January and you couldn’t even tell what color he was supposed to be, so pale and dull and sad. But something about him got to me, so I took him home and nursed him back to health. He didn’t waste the extra time he’d been granted, and loved swimming around his 10g part of a divided 20g, cheerfully flaring at his tank neighbor Simon from time to time, just living his best life.

It’s particularly hard just because he wasn”t sick, he was the picture of robust health, so I wasn’t expecting this. But fishkeeping has proven to be a rather stressful hobby for me, not what my daughter said it was when she got me into this. I’ve spent more time (and money) worrying about fish and making sure they have a good life than I care to admit. And there is so much to worry about!

Anyway, thanks for reading this far, I know some of yiu have followed the story of Ted since the beginning and I’m sure this is hard for you too.

Thanks for the support, please imagine with me that Ted is swimming somewhere freely, happy as ever, living his best life. I hope all of our departed fish friends are too.

I‘ll leave you with a few of my fave pics of Ted. 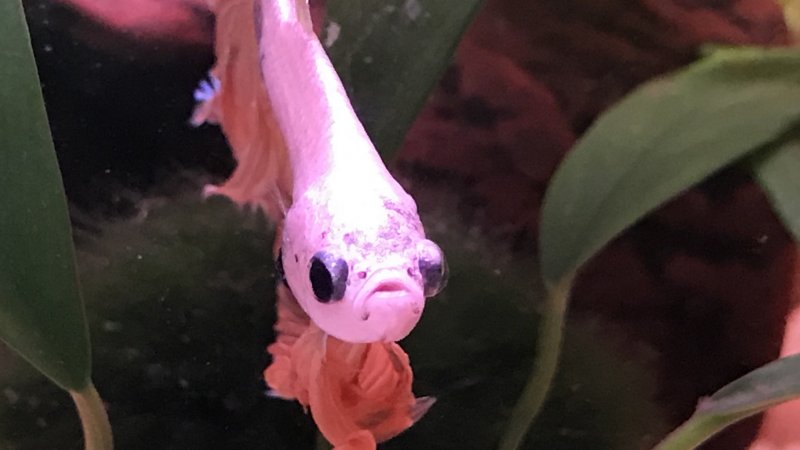 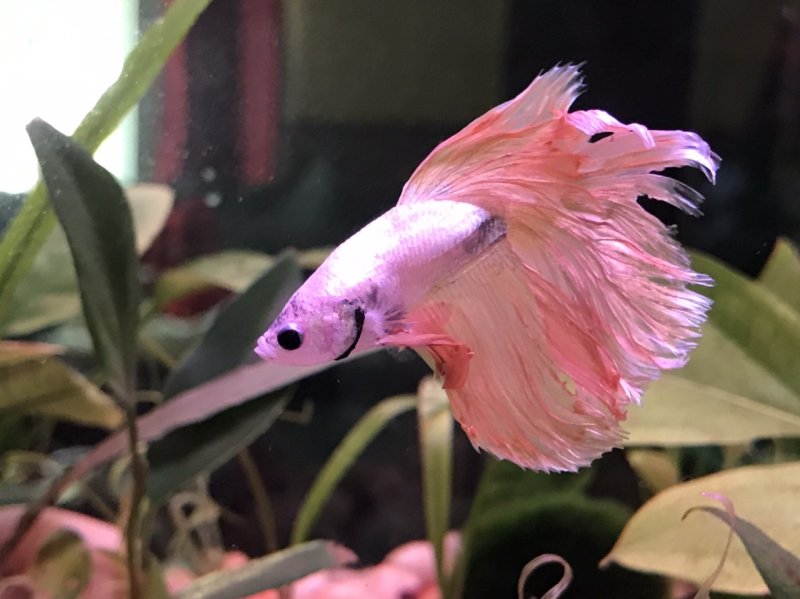 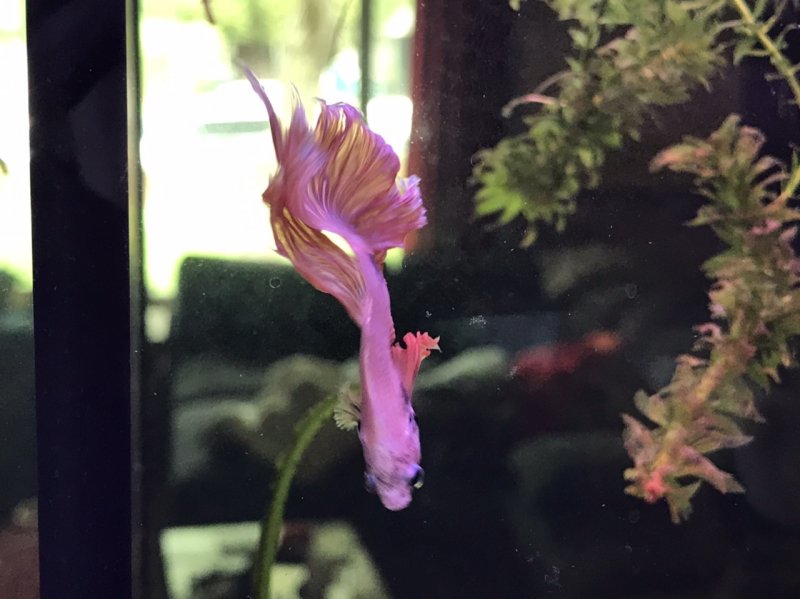 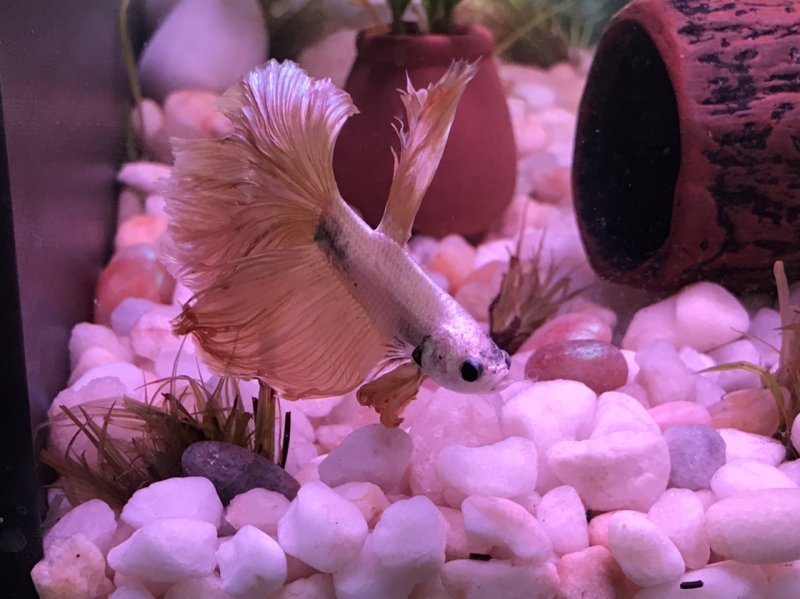 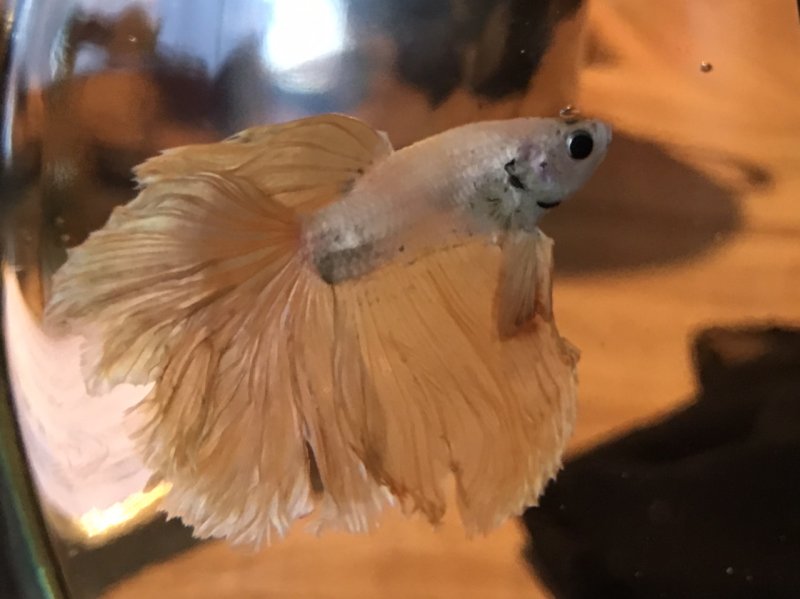 I am so sorry to hear that
He was a beautiful fish. I hope you're okay.
OP

AquaticQueen said:
I am so sorry to hear that
He was a beautiful fish. I hope you're okay.
Click to expand...

Thank you so much. ❤❤. I’m pretty sad, of course, but just trying to remember he had a good life.

Just saw this; he was so beautiful!!!!

You have my sympathy!
OP

Just saw this; he was so beautiful!!!!

Thank you...I just saw your post in the other thread and was going to break the bad news. I so appreciate your support through this.

PS Is that a rose “Goldie” on your profile pic?

I think it is, but not exactly sure. At the time that I joined the forum, I had just lost my betta, and didn't have the heart to use his pic. Here is my guy....just a normal run of the mill every day veil tail (Sunny). I rescued him from a Wal-Mart shelf. I also have 2 veil tail females who are super sweet!!!

I am trying to nurse him through a swim bladder issue, but it looks to be permanent. Like your little guy, he just ended up with an injury that we can't explain. I think it's because they try to get into places where they can't really fit, and end up getting hurt. It's a hard thing to guard against.

Oh he’s beautiful! Name? Can he just adapt and go along in life with the swim bladder issue?

Debbie1986 said:
Your rose gold looks just like my Apollo.

Do you have any pics of Apollo? Would love to see

Mamastacia3 said:
Oh he’s beautiful! Name? Can he just adapt and go along in life with the swim bladder issue?
Click to expand...

His name is Sunny....and I have been told that he can still live a normal-ish life.

I just have to keep his water level low enough for him to be able to swim up to eat.

And, of course, since he has this problem he may be more susceptible to other things, so I have to keep a very, very close eye on him. But he is a strong little guy, so I will do my part in keeping him well, warm, fed, happy, and clean!

Here's my most recent. I've had him just over a year. Out of all the Betta fishes I've had, he's very much his name. He knows he's a Greek God! lol a high opinion of himself.

his tank sits next to King Arthur another betta. They never really do anything but look at each other ( no frantic pacing, er swimming) , never over stressed so I don't put anything between their tanks.