Common names: Red-fin shark, Red-finned shark, Rainbow shark, Albino red-fin shark, Albino rainbow shark
Size: 15cm (approx 6 in)
pH: 6.0 – 8.0
Tempº: 24ºC - 27ºC (75 F - 80 F)
Tank region: Bottom layer
Origin: Thailand, Indonesia, Cambodia.
Gender: The male’s analfin is distinctively black-lined.
Notes: Not to be kept with other freshwater sharks – or even other red fins. These fish can be aggressive; and will most likely stake out a ‘territory’. If you provide them with lots of caves though, they should become less aggressive. Needless to say, the Rainbow shark can be a good community fish, as long as it is housed with the right species and are a slightly more peaceful alternative to the closely related Red-finned black shark. As they age, they become more aggressive. There is a popular albino form of this species available.
Left Image: A Male Rainbow Shark.
Center Image: The Albino Rainbow Shark is just the same in terms of care as the standard Rainbow shark, but has a totally different aesthetic! Photo credit goes to Jglove276 - thanks for letting me use this!
Right Image: This species spends most of it's time on the substrate. Photo credit goes to Jglove276. 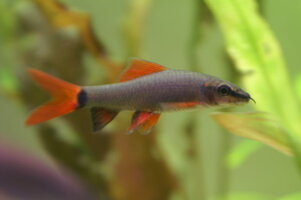 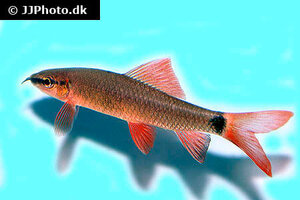 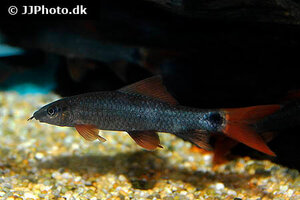 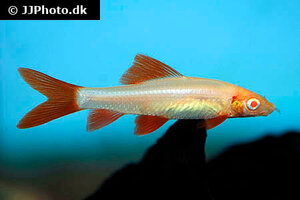 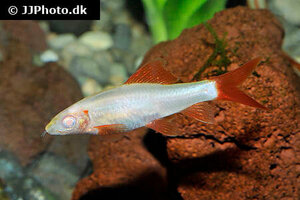 Jan 22, 2011
Blub
What are these red marks on the side of my Albino Rainbow shark?